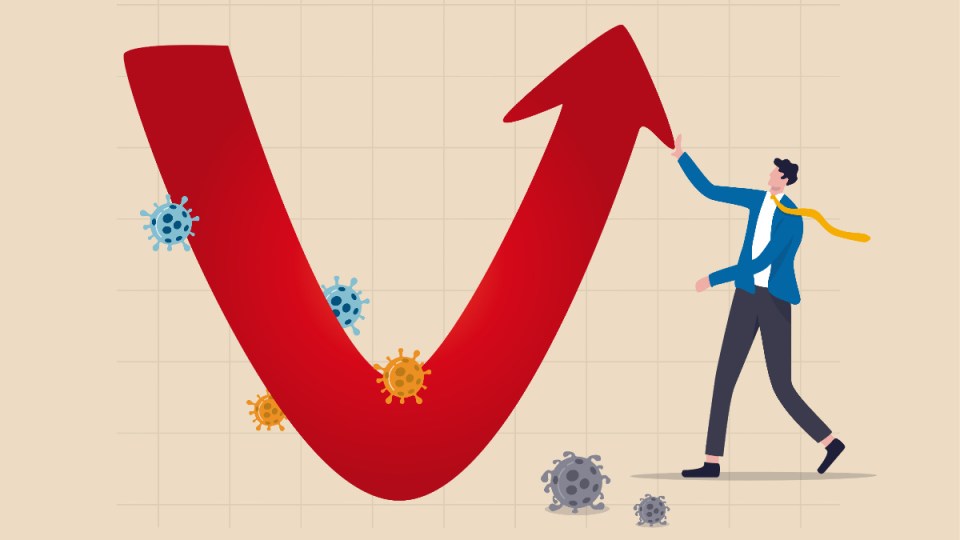 The Reserve Bank maintains the recovery from the coronavirus recession will be "bumpy and uneven". Photo: TND

Australia’s recession may have ended in theory, but the economy still has a long way to go.

Businesses had 440,000 fewer jobs on their payroll in September than they did at the beginning of the crisis – even with the help of JobKeeper.

And Treasury estimates the official unemployment rate will rise from 6.9 per cent in September to 8 per cent by year’s end, meaning another 150,000 or so Australians could lose their jobs by Christmas.

That’s the grim reality Australians face, even if the Reserve Bank expects GDP growth to be positive in the September quarter.

Which is the prediction that gave rise to countless “Recession over” headlines on Wednesday morning.

Wait, what? The recession is over?

Well, yes and no. The official definition of a recession is two or more consecutive quarters of economic contraction. And, by that measure, the recession looks to be over.

But the effects of the recession will be keenly felt for years to come, with economists warning that unemployment will remain above pre-crisis levels for at least another four years.

“Our best guess at the moment is that the September quarter for the country probably recorded positive growth, rather than negative,” Reserve Bank deputy governor Guy Debelle told a Senate hearing on Tuesday, giving rise to Wednesday’s excited headlines.

The Reserve Bank has repeatedly maintained, however, that the recovery from the coronavirus recession will be “bumpy and uneven”.

And the data appears to support this.

Figures released by the Australian Bureau of Statistics last week showed the number of payroll jobs in Australia fell by 0.9 per cent over the two weeks to October 3, a figure that equates to about 8000 redundancies a day.

“You get this kind of bounce as you ease restrictions, but now it’s like the cyclical recession is starting to hurt,” she told The New Daily.

But then the recovery hit a roadblock – and not just in Victoria.

Global investment manager AMP Capital put together a new activity tracker in April to paint a clearer picture of the economy during the fast-moving pandemic.

Unlike traditional statistics such as monthly retail sales and unemployment figures, the datasets feeding into AMP’s tracker are updated on a weekly or daily basis. 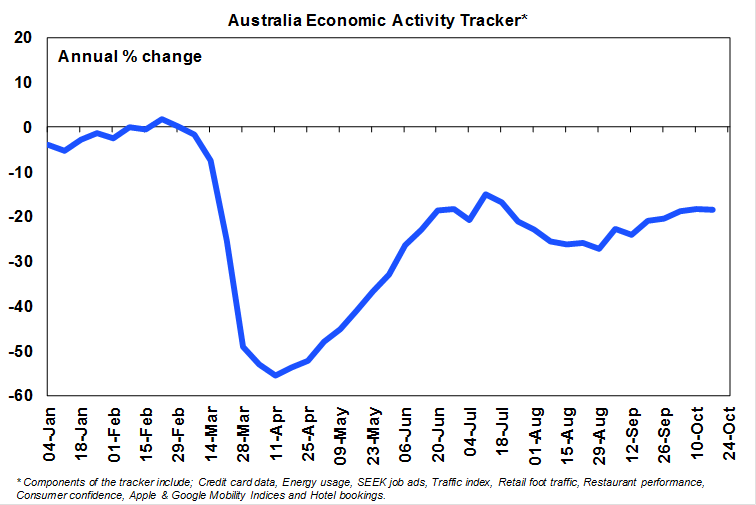 “Then it fell back to being down 25 per cent. And now we’re down about 20 per cent, so it’s started to recover again but we’ve still got a long way to go,” AMP Capital chief economist Shane Oliver told The New Daily.

Dr Oliver said roughly half of the jobs lost during the early stage of the pandemic had now come back.

But he said the figures do not properly take into account the distorting effects of JobKeeper.

“It’s anyone’s guess as to how many people on JobKeeper will reclaim their jobs,” he said.

“I reckon the bulk of them will, but there will be some that may not, which will complicate things once JobKeeper eventually comes to a full stop in March next year.”

Economists warn of painful grind amid ‘recession over’ headlines