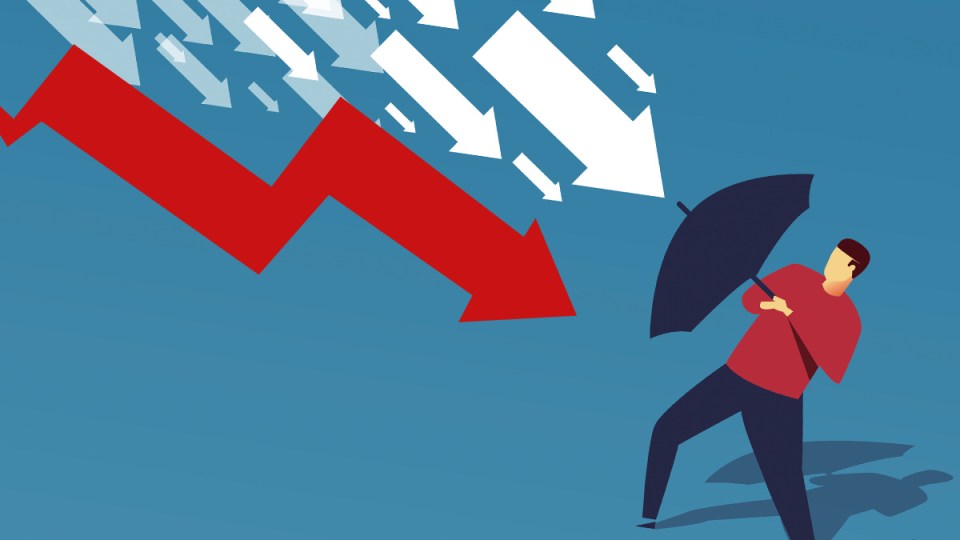 Australia's recession-free streak is ending. Here's what that means for you. Photo: TND

Sticking to the popular definition of a recession, Australia is halfway towards its first in almost three decades.

Treasurer Josh Frydenberg conceded the Lucky Country had run out of luck during a press briefing on Wednesday.

Mr Frydenberg told reporters in Canberra that Australia was already in a recession, as GDP fell 0.3 per cent in the first quarter and was expected to fall 8.5 per cent in the second.

But what does that actually mean? And how will it affect the average Australian?

What is a recession?

The ‘technical’ and most common definition of a recession is two consecutive declines in quarterly gross domestic product (GDP).

GDP is the total value of all the goods and services Australia produces.

It is a crude measure of overall economic activity and can paint a misleading picture.

For example, bushfires and other extreme weather events destroy property and kill people. But they can also add to GDP.

This is because societies have to spend a lot of money on rebuilding properties and infrastructure, creating jobs for tradies and pumping money into the economy through spent wages.

It would take a brave economist, however, to celebrate an increase in GDP under these circumstances.

Which is why many prefer to use alternative definitions for a recession.

OK. So what’s a better way of defining one?

“But what we’re seeing today is a great example of why that definition is too narrow,” Ms Masters told The New Daily.

We didn’t slide into a recession. It was in the space of a week – we shut big parts of our economy down.”

Together with the panic-driven retail surge and expected bounce back as restrictions ease, the speed of the shutdown meant Australia nearly avoided a ‘technical recession’ – despite suffering the worst economic shock since the Great Depression.

And so, given job losses are the worst economic outcome for most people, Ms Masters said a better definition of recession is: A sustained period of weak or falling GDP, combined with a big jump in unemployment.

Right. And how will it affect me? Should I be worried about my job?

It’s true that job losses are a key feature of recessions, which is why the word carries such weight.

But there’s a bit more to it than that.

Firstly, the more people hear about companies shedding jobs, the more they worry theirs will be next.

This encourages them to save more and spend less, which eats into business profits and thus leads to more job losses and even weaker consumer spending.

As the economy unravels around them, workers stop switching jobs or asking for a pay rise, which puts further pressure on wages and thus weakens an already weakened economy.

Ms Masters said businesses then cut back on investment and hiring, as they are “uncertain about the demand for [their] goods and services”.

It’s a vicious cycle that can easily get out of control, which is why governments must take decisive action to stave off a crisis.

How long will it last?

There’s no hiding from the fact we’re in this for the long haul.

During the 1990-1991 recession, for example, the unemployment rate took three years to climb 5 percentage points, but seven years to fall back down.

Older workers often suffer the most, Ms Masters said, as they typically struggle to regain employment once they’ve lost their job.

Research also shows the longer someone is out of work, the less likely they are to work again.

Won’t the government’s stimulus help us recover much sooner, though?

It will certainly help.

And given households and businesses have little appetite to spend and invest, it’s almost the only way we can stimulate enough activity in the economy to create jobs and build sustainable growth.

Yet even with ongoing support from government, the Reserve Bank concedes it will take years for the economy to fully recover.

As colleague Michael Pascoe puts it: “With private demand weak, it’s up to the public sector to fill the gap with intelligent employment-creating spending – or let the economy wallow.”

Progressive think tank the Australia Institute has put forward a range of ideas for government. As have many other economists.

But what happens if government fails to step up? When does a recession become a depression?

The line between the two is blurry, but a depression is basically an extreme and sustained recession.

It then dropped roughly two percentage points a year until it reached 9 per cent in 1937.

Meanwhile, after the first wave of disruption caused by the coronavirus, Australia’s unemployment rate rose from 5.2 per cent in March to 6.2 per cent in April.

But because the ABS only counts jobless workers as “unemployed” if they are “actively looking for work” – and because people on JobKeeper are counted as “employed” even if they are working zero hours – today’s true unemployment rate is actually closer to 20 per cent.

So if high unemployment was the sole defining characteristic of an economic depression, we’d already be in one.

A depression is when the [economic] contraction lasts for years – and that’s actually pretty hard to get,” Ms Masters said.

“To get a depression, you almost need not just an economic shock but underlying structural issues in your economy. So you would need something that stops the economy from stabilising, or for people who have lost their jobs … to never get back into the economy.”

“As well as the much lower standard of living (with average per capita income at the onset of the Great Depression around one–fifth of its [2009] level), the absence of a centralised federal unemployment assistance program at that time added immeasurably to the hardship of the unemployed,” Dr Gruen said.

The government at the time treated the public purse like a household budget and tightened their belts, rather than spending more to fill the hole left by job losses and business closures, Ms Masters added.

This time around, the federal government has already spent hundreds of billions of dollars on assistance to cushion the blow of unemployment – though most economists believe they need to spend even more.

What is a recession and how will it affect me?