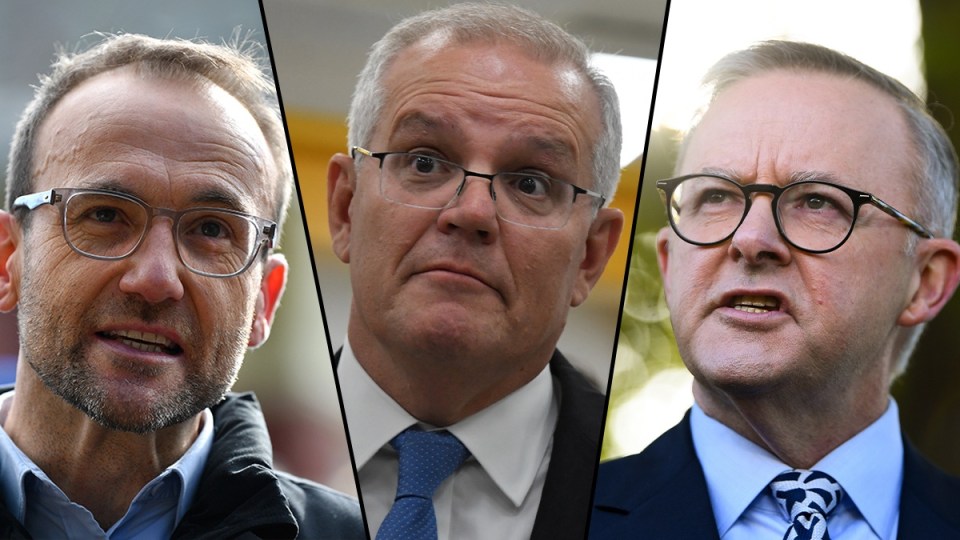 Here's what the parties asking for your vote are offering. Photo: TND

Australia is just days away from the federal election and the major parties are ramping up their pitches.

Prime Minister Scott Morrison and Labor Leader Anthony Albanese have run largely negative campaigns so far, with far fewer policies presented to voters this time than at the 2019 election.

And many of the ideas floated by the government have been quickly adopted by Labor under its much-discussed “small target strategy”.

But there are still many differing policies across the parties – from housing reform to investments in vocational education, to child care and other essential services like aged care.

So, what are the major players doing to win your vote on Saturday?

Mr Morrison is promising to deliver a “stronger economy” if re-elected this week, though many of the policies talked up by the government are things they’ve already done while in power.

This includes billions of dollars of legislated tax relief (which has bipartisan support) and a cost-of-living package outlined in March that has temporarily cut fuel prices and expanded income tax offsets.

More recently, the government has unveiled plans to allow Australians to use a portion of their superannuation to buy a first home.

The scheme became one of few policy differences between Labor and the Coalition this week, with Mr Albanese accusing Mr Morrison of trying to raid working people’s superannuation.

Another issue where genuine policy differences have emerged between the parties is climate change.

The Coalition plan attributes almost half of its emissions reductions to future technology breakthroughs and trends and carbon offsets and storage.

Other key Coalition policies include:

Mr Albanese is promising to put upwards pressure on wages growth if elected, and has been busy matching most of the Coalition’s policy commitments during the election campaign.

The key areas where Labor policies differ from the government’s are housing, climate and integrity.

Labor proposes investing $20 billion in new electricity infrastructure and lifting renewables to 82 per cent of the grid under its emissions plans.

On housing, Labor wants to subsidise up to 40 per cent of the purchase price of a new home under a shared ownership scheme with the government.

Labor will also establish a national housing future fund, which would invest $10 billion in 30,000 new social and affordable housing projects over five years.

On integrity, Labor has pledged to create a retrospective independent corruption commission that would be able to start its own investigations.

This contrasts with the Coalition, which broke a 2019 election promise by failing to introduce legislation for an integrity commission of its own during the last Parliament.

Other key Labor policies include:

Unsurprisingly, the Greens are calling for more action on climate change and the environment, funded through higher taxes on rich people and large corporations.

The Greens want to achieve net zero by 2035 at the latest, and want to phase out coal and gas completely (a policy position to which neither major party has committed).

They’ve proposed an annual 6 per cent wealth tax on billionaires and a 40 per cent “tycoon tax” on large and profitable companies.

The Greens also want companies that received JobKeeper despite not needing it to repay taxpayers.

Other key Greens policies include:

The swathe of “teal” independents running in various inner-city Coalition seats aren’t a political party like the rest. But they have similar policy priorities.

The main ones are climate action and integrity.

On climate, the shared policy across the 20 teal independent candidates is Warringah MP Zali Steggall’s proposal to reduce emissions by 60 per cent below 2005 levels by 2030.

On integrity, the candidates have also backed the creation of a “strong” independent federal anti-corruption commission and reforms to require truth in political advertising.