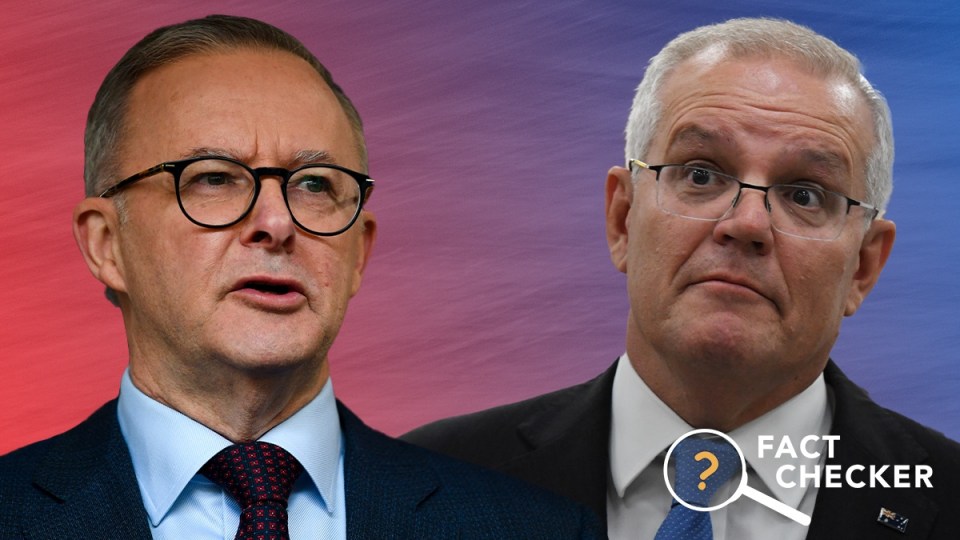 The federal government does have a role to play in stoking wages growth, but arresting the trend is a thorny issue. Photo: TND

Your pay packet has become a key plank of the election campaign, with major parties drawing battle lines over wages growth before polling day.

Wages growth has averaged just 2.1 per cent a year since the Coalition came into government in 2013, and worker remuneration often failed to keep up with inflation during this period.

But Mr Morrison has hit back, playing down the federal government’s role on wages, saying “there’s no magic wand” and that voting Labor won’t “automatically” make wages rise.

The New Daily asked the experts what role the federal government has in influencing wages growth and whether Labor’s policies will achieve a turnaround in pay packets that Mr Albanese has repeatedly alluded to.

They said reality is somewhere in the middle of the claims Labor and the Coalition are making during the campaign.

And while Labor has more specific proposals to boost pay for particular groups of workers than the Coalition, economists doubt they will turn around longer-term wage trends without much bigger efforts.

Wages growth: What government can do

So, what can the federal government actually do to move the dial on wages growth for workers?

Well, it has a few powers, some direct and some indirect.

Direct first: The Commonwealth employs about 247,000 people and pays all their wages.

Under the Coalition, public service wages have been capped under an efficiency dividend, which has helped drive a fall in wage increases for non-executive staff – from 2.4 per cent in 2017 to 1.1 per cent in 2019.

Labor, alternatively, has promised to deliver “real wage increases” for public sector workers through a process of negotiation with the public sector union and individual agencies.

But the number of workers employed by the Commonwealth is small relative to the wider private sector – wages the government doesn’t set.

Minimum rates in the private sector are set by the independent Fair Work Commission (FWC), while individual businesses set rates above that, often in sanctioned agreements with unions.

That leads us to an indirect role: The federal government can’t force the FWC to lift wages, but it can influence them by making submissions that advocate for higher wages.

The Morrison government has routinely made submissions to the FWC’s annual wage reviews, but it has stopped short of advocating for specific wage rises.

Labor proposes to change this.

It will advocate for a 25 per cent pay increase for aged-care workers through the FWC and on Tuesday Mr Albanese supported a 5.1 per cent rise in the FWC-set minimum wage.

These are minor steps, as the FWC makes its own wage decisions.

But the commitments nonetheless go beyond what the Morrison government does.

Another indirect set of powers is legislative – the government can pass or amend laws that influence wage outcomes.

But will these reforms deliver a sustained period of higher wages for the average Australian worker?

Indeed APAC economist Callam Pickering doesn’t think so, saying that while these issues are worth addressing they will mainly help smaller pockets of vulnerable workers.

“They’re reforms worth pursuing,” he said.

“They would deliver great social and economic outcomes for the workers involved – they’re obviously just not widespread economic reforms.”

UNSW Professor Richard Holden agreed. He said “those are reasonable policies” but doubted they would turn around the decade-long trend of stagnating wages growth across Australia.

“To the magic wand point, if you want to talk about wage rises for everyone, on average, then there’s only one stick, and it’s productivity growth,” Professor Holden said.

Labor productivity growth – increasing economic output for each hour worked – is the elephant in the room of the wages growth debate.

Without it, wage increases typically result in higher inflation, meaning workers are not left better off in real terms over the longer term.

Labour productivity growth has slowed in Australia since about 2005, averaging 1.2 per cent a year over the decade to 2020, according to the latest Intergenerational Report from Treasury.

This is below the historical average, at about half the 1990s rate.

Professor Holden said the federal government has a “huge role to play” in achieving stronger productivity gains through legislative reforms and strategic investments.

This could include changes to the industrial relations system like the labor accords, taxation reforms like the GST, or technology investment like the National Broadband Network (NBN).

And while both major parties have a series of policies that could be spun as productivity boosters, Mr Pickering and Professor Holden said they pale in comparison to the larger reforms of yesteryear.

“There’s been a lack of real economic ambition from both sides of Parliament over the past two decades,” Mr Pickering said.

”Certainly it’s nothing like we saw during the Hawke and Keating governments and during the first part of the Howard government. I don’t see anything on the economic agenda like that.”

“It’s a really long-run thing, [and] that’s difficult because we have a short-term political cycle,” he said.

Independent economist Saul Eslake also said neither party is putting much on the table to deliver a step change in productivity.

“Neither side of politics is really offering anything that would give anyone a reason to think that productivity growth is going to rise,” he explained.

Wages and the balance of power

A lack of action to lift wages has been a key plank of Labor’s attack, with Mr Albanese suggesting the government has a deliberate policy to keep wages low.

But experts said this claim is overblown.

“Their priority has been to let the market do whatever it wants,” he said.

The issue, Mr Pickering said, are power imbalances between workers and businesses in the jobs market, which have kept a lid on wages growth.

In other words, the balance of power between workers and firms is key to ensuring that whatever productivity growth is achieved actually leads to higher wages.

“Workers have been in a particularly poor bargaining position over the past decade,” Mr Pickering said.

This forces bosses to raise their pay rates to attract and retain workers.

In this respect, Mr Eslake said the Coalition can claim some credit for the current near-record-low unemployment rate of 4 per cent, which the Reserve Bank recently said is starting to stoke higher wages growth.

But Mr Pickering said Labor could deliver more than the Coalition on wages growth if elected because while the jobless rate will still be low, it will also back union pushes for higher minimum pay rates with the FWC.

“We’re likely to see the unions emboldened by a federal Labor Party, so they’re likely to start to ask for greater wage gains when they go through their negotiations,” he said.

Mr Albanese said Labor will convene a full employment summit with the union movement and employer groups in a bid to lift productivity across the industrial relations divide and look to address imbalances of power.

Both major parties have missed the mark in their pitches to voters about wages growth.

Labor has over-egged the ability of its policies to achieve broad-based wage gains over the longer term, while the Coalition has downplayed the government’s role in supporting higher living standards for workers.

However, Mr Albanese has acknowledged that he can’t guarantee rising wages and has promised to support union claims for higher pay rates.

And other Labor reforms do go beyond Coalition commitments to boost wages for many low-paid workers, even though experts doubt they will deliver broader benefits over the long term without productivity reforms.

In contrast, Mr Morrison was technically right to suggest there’s no silver bullet to achieving higher wages growth – that much is obvious.

But this statement ultimately under-represented the Commonwealth’s broader role in pursuing large productivity-enhancing reforms, which experts said have been largely absent during Mr Morrison’s term as Prime Minister.