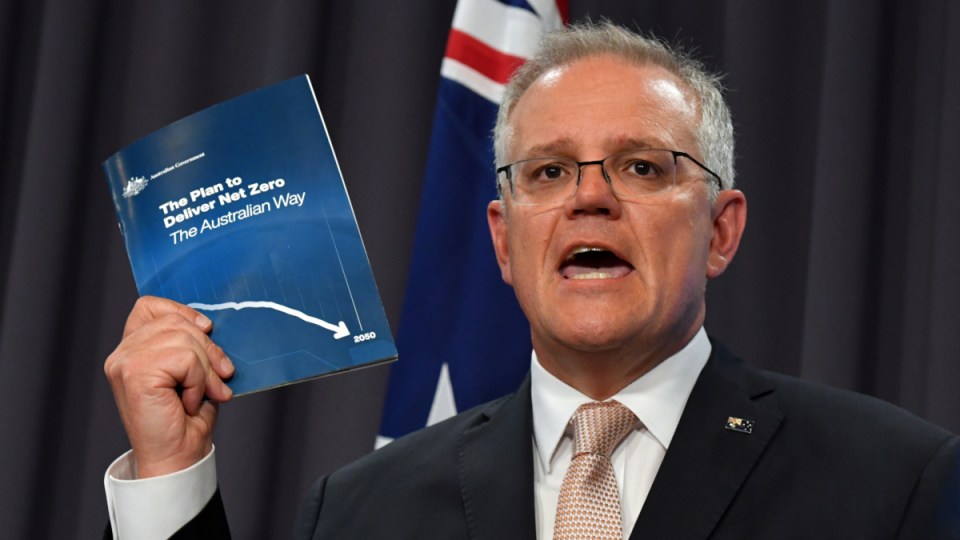 Australia’s 2050 net-zero carbon emissions target will rely on existing technologies to meet 85 per cent of the goal, with the remainder to be achieved through new breakthroughs.

Prime Minister Scott Morrison on Tuesday confirmed he would take the commitment to the United Nations climate conference, which starts on Sunday in Glasgow.

Australia’s carbon emissions have fallen 20 per cent since 2005.

The plan to achieve the remaining 80 per cent in the next three decades relies on the government’s technology investment roadmap reducing emissions by 40 per cent.

Global technology trends are expected to account for 15 per cent, while international and domestic offsets represent a 10 to 20 per cent reduction.

The remaining 15 per cent is expected to be achieved through further technology breakthroughs.

Mr Morrison said there would be no legislation or mandates attached to the target.

“It will not increase energy bills. It is not a revolution but a careful evolution to take advantage of changes in our markets,” he said in Canberra.

The Productivity Commission will monitor the socio-economic impact of climate action on regional communities every five years from 2023.

The government has committed to spending $20 billion on low emissions technologies by 2030.

That is expected to trigger $60 billion-$100 billion of public-private investments over the same period.

Mr Morrison said modelling underpinning assumptions about Australians being better off and job creation would be released “eventually”.

The plan claims people will be $2000 better off on average in 2050 compared with not taking action and create 62,000 new roles in regional mining and heavy industry.

It also suggests gross national income will be 1.6 per cent higher and electricity costs will not rise.

“The vision here is to take practical action to achieve net zero by 2050 and that plan is built on our existing policies,” Energy Minister Angus Taylor said.

British Prime Minister Boris Johnson hailed the commitment as heroic because of Australia’s heavy reliance on coal and other emissions-heavy industries.

But the COP26 summit his government is chairing is expected to focus on more ambitious 2030 targets from nations ramping up climate action.

Australia has ruled out boosting end-of-decade targets, instead relying on projections it will exceed a 26 to 28 per cent reduction by 2030.

Resources Minister Keith Pitt has been elevated to cabinet, giving the Nationals a fifth seat at the table.

But it is unclear what other concessions the junior Coalition partner received in exchange for supporting the 2050 target.

Mr Albanese described the government as a shambles.

“They are committing the fatal mistake of wanting to provide two contradictory messages to different parts of the country,” he told a caucus meeting in Canberra.

Some Nationals backbenchers including outspoken Queensland senator Matt Canavan have vowed to continue campaigning against the policy.

There is internal concern the coalition could bleed votes to conservative outfits including Pauline Hanson’s One Nation and Clive Palmer’s United Australia Party.