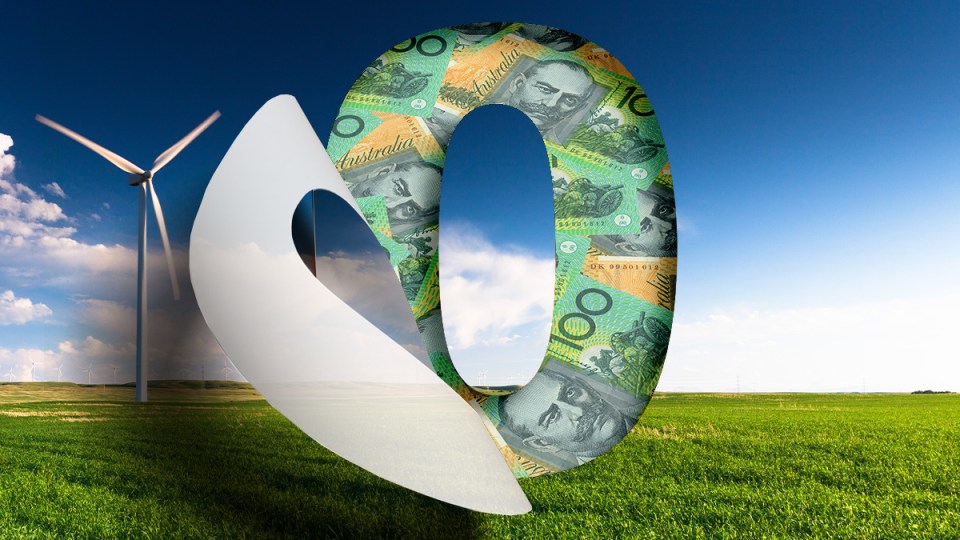 No one knows how much it will cost to get to net-zero, but modelling shows the cost of inaction is much higher.

Farmers’ pleas follow a week that saw the Coalition government dividing over comments made by Prime Minister Scott Morrison at the National Press Club event two weeks ago that he would like the nation to research the target of net zero emissions by 2050, though he made no formal commitment.

But a group of farmers have hit out against the Nationals, saying they should be encouraging the PM to implement net zero now, warning that without such a move Australia risks losing its food security.

“In 2019, the last year of the drought, Australia imported wheat,” said Charlie Prell, a sheep and wind farmer from Crookwell and chair of Farmers for Climate Action.

“The potential impact of climate change on food security, not just pricing but the availability, is dramatic – the wheat fields are going through the floor.”

Mr Prell stressed he was “not a zealot” but a farmer who didn’t want to see his communities suffer the consequences of unmitigated climate change.

He said recent weather events – the drought, the Black Summer bushfires and now floods – hurt farms across the country and spelled out a bleak future for the industry if no action is taken to combat climate change.

“The cost to farmers of climate change is already dramatic. It will get more dramatic as we go into a more uncertain weather system,” Mr Prell said.

Erratic weather events were making more people in his community concerned about climate change, he said.

The Nationals’ opposition to climate action has put the party at odds with the very people they are meant to represent, he said.

Last year members of the National Farmers’ Federation (NFF) voted in favour of an economy-wide target of net carbon zero by 2050.

The industry is making strong headway in reducing its emissions, with red meat expected to be carbon neutral by 2030, pork by 2025, and work underway for grains and dairy.

Mr Prell knows about this first hand – on his sheep farm he has wind turbines, which creates another revenue stream that’s not seasonal.

Other farmers sequester carbon through carbon-friendly farming practices and sell those credits to businesses such as Microsoft.

NFF chief executive Tony Mahar said farmers were “in the box seat” to seize the opportunities presented by a reduced emissions future.

“Any policy that restricts opportunities available to farmers and rural and regional communities would clearly be a negative outcome,” said Mr Mahar.

The cost of climate action Vs inaction

At the centre of Australia’s climate debate is the cost of transitioning to a clean, green future.

Last year Labor was criticised for committing to the the net zero target, with the federal government demanding to know how much the policy would cost.

But Ernst and Young economist Steve Brown said it was almost impossible to measure without knowing how we are going to get there.

“No one has done the work on what it means to get to net-zero,” Mr Brown said.

The capabilities of technology to help us, the policy to back it up and the global efforts to reduce emissions will all impact the cost.

“The key is how do we map our way without imposing huge costs,” Mr Brown said.

But the cost of inaction will be astronomical, modelling shows: $100 billion once a year, for every year after 2038.

That’s how much it will cost Australia if we do nothing, said economist and Climate Council spokeswoman Nicki Hutley.

“If we don’t do something now the economic disruptions are going to be astronomical,” Ms Hutley said.

The numbers are too staggering to comprehend.

“We’re talking about a minimum 1 per cent to 3 per cent of GDP, year in and year out.”

Ms Hutley said Australia had missed the opportunity to follow Europe’s lead and stimulate the post-COVID economic crash with investments in green technology and renewables.

But one solution that would not cost taxpayers a cent would be to stop subsiding the fossil fuel industry and instead use that money to develop technology and invest in reducing emissions, Ms Hutley said.

“It is true governments don’t have infinite resources, they have to allocate their spending and collect tax,” Ms Hutley said.

“You can think about the subsidies to the fossil fuel sector, what if we stopped paying that and invested the money? We’re not spending, but investing in the right industries.”

Crucially, Ms Hutley said both sides of politics needed to get past the ideology and start taking action so that we can capture high growth industries and make money for communities that will inevitability die out.

“Both sides of politics are too worried about votes in particular coal communities, but we need to give them a message of hope,” she said.

“Because irrespective of what we do, other countries are acting, so if we don’t do it earlier, we’ll get left behind.”