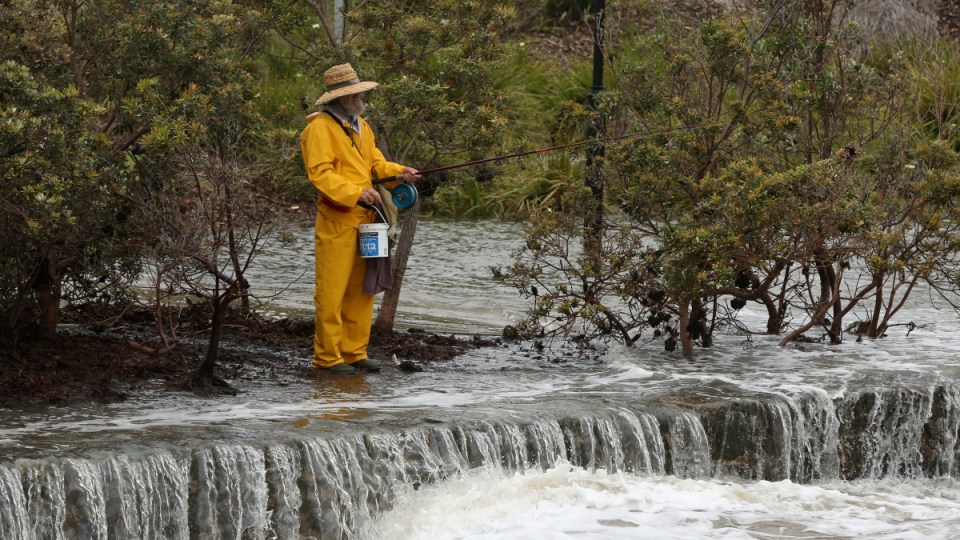 Storms and heavy rain are forecast for four Australian states from Thursday afternoon, prompting warnings from the weather bureau.

First to bear the brunt of the looming bad weather will be central NSW, where the Bureau of Meteorology has issued a warning for likely flash flooding.

“Severe thunderstorms are likely to produce heavy rainfall that may lead to flash flooding and damaging winds in the warning area over the next several hours,” it said on Thursday afternoon.

“Locations that may be affected include Wagga Wagga, Albury, Deniliquin, Griffith, Hay and Ivanhoe.”

The rain is likely to also descend on parts of northern Victoria from later on Thursday, with forecast heavy rain and thunderstorms bringing the risk of flash flooding on Friday.

Showers and storms will develop across Victoria’s central and west on Thursday. Up to 20 millimetres of rain is likely, although falls will be light for the bulk of the state.

The real risks come on Friday, when a pool of cold upper-level air will approach the state from the west, causing a spike in atmospheric instability.

Rain and isolated thunderstorms are likely over western and central Victoria on Friday. The Bureau of Meteorology is predicting widespread falls of 30-60 millimetres, with up to 90 millimetres in some areas.

“The heaviest falls are more likely to be experienced with thunderstorms in the late afternoon and evening,” it said.

The rain and storms will spread across the state’s north-east later in the day and into Saturday.

Tasmania won’t escape the wet either, with heavy rain forecast across the state on Friday and Saturday. Launceston could get up to 40 millimetres, while more than 30 millimetres is likely in Hobart.

A tropical low that threatened to become far north Queensland’s second cyclone of the season has dissipated but flash flooding remains a risk.

The BOM said the system in the Gulf of Carpentaria, west of the Cape York Peninsula, moved over land on Monday.

Meteorologist Rosa Hoff said that had prevented the storm from strengthening into a cyclone.

It will no longer bring gale-force winds to the region but will still lead to higher than normal tides and heavy rainfall.

Downpours of up to 180 millimetres in just six hours are expected, with flooding a risk.

“Heavy rainfall, which may lead to flash flooding, remains a threat for central parts of the Cape York Peninsula all the way through until tomorrow,” Ms Hoff said.

The storm is expected to track east of the peninsula and out over the Coral Sea.

Cyclones in the region can be slow moving, erratic and change direction, which makes predicting their path more challenging.

Thunderstorms, flash floods on the way for four states