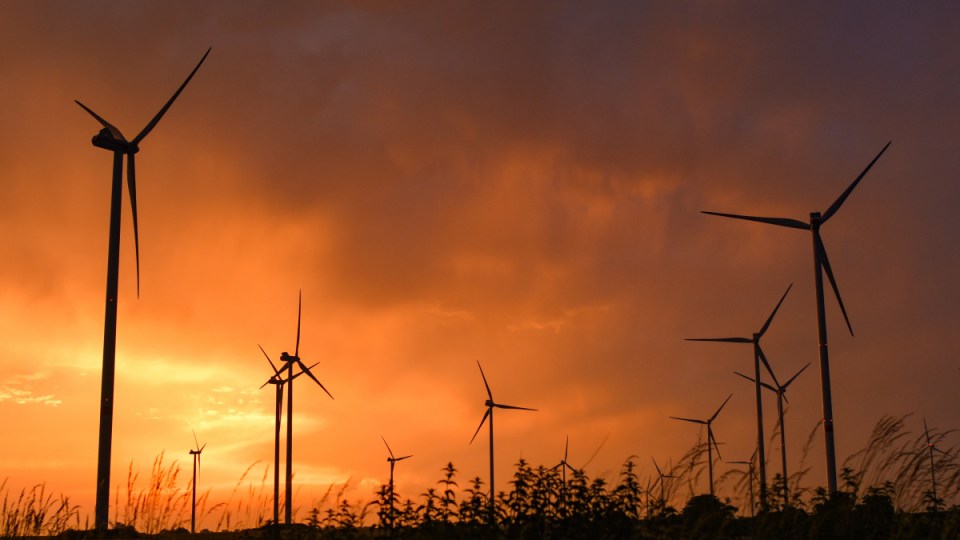 Australia could tap into billions of investment dollars by announcing a net zero emissions target, a new report has found. Photo: Getty

Australia could kickstart tens of billions of dollars in new investment by 2025 if the federal government committed to a mid-century net-zero emissions target, new economic modelling has shown.

But the report authors warn that sticking to “business as usual” policies could cost the country $43 billion in forgone investment by 2025 and $265 billion by 2050.

Additionally, the extra investment could establish a new asset class in carbon farming – worth $33 billion – as governments and firms strive for zero-emissions targets.

IGCC chief executive officer Emma Herd said the findings highlighted the broader economic cost of the government’s refusal to commit to a firm deadline on a Paris-aligned emissions target.

Considering the upheaval caused by COVID-19, Ms Herd said the billions of dollars in investment opportunities would support “jobs, livelihoods and wealth of millions of Australians for decades to come”.

“Investors, companies and governments need to work together to create a trajectory to achieve a resilient net-zero emissions economy by 2050,” Ms Herd said.

“Many of these prospects are in regional Australia with multibillion-dollar opportunities in carbon farming, renewable energy, transport infrastructure and advanced manufacturing.”

More than 50 per cent of Australia’s two-way trade partners have committed to net-zero targets, with major trading partners earmarking billions of green dollars to expedite their post-COVID economic recovery.

But the Morrison government was panned last week for “losing the plot” on energy in the federal budget, with $52.9 million set aside over the next four years for its contentious gas-fired recovery plan.

Only $5 million was designated to electric vehicle manufacturing, while a 12-year $1.2 billion spend on the Australian Renewable Energy Agency (ARENA) and the Clean Energy Finance Corporation (CEFC) would provide the framework for its technology roadmap. 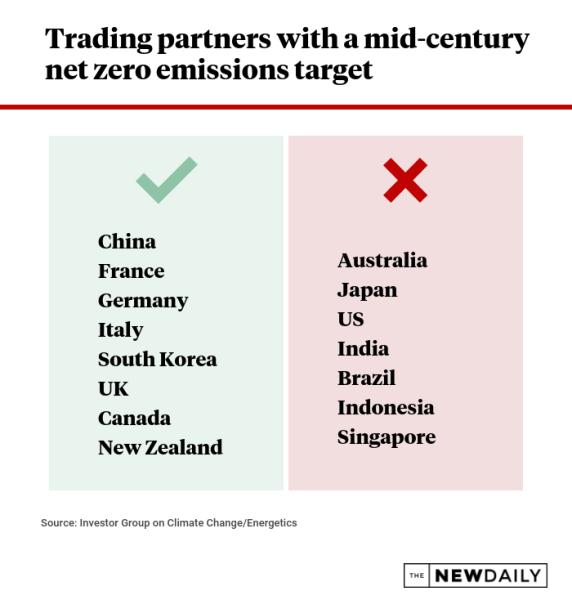 With more than 40 per cent of jobs expected to be located in regional areas, she said every government dollar spent could unlock $3 in private investment.

“Australia is casting about in the dark,” Ms McKenzie said.

“And the sentiment in the private sector is that renewable energy is the way of the future. You see it in the way investors are making decisions, you see it in a diverse range of global businesses – including Unilever and Microsoft – committing to 100 per cent renewable energy.”

As recently as last week, mining giant BHP and energy provider Origin highlighted their climate agenda by suspending their membership of the Queensland Resources Council over advertising that urged voters to “vote the Greens last”.

Blueprint Institute chief economist Dr Steven Hamilton said it’s “inevitable” Australia would have to follow the UK and China and ditch its “second half of the century” goal in favour of a clearly defined target.

Dr Hamilton pointed out the IGCC’s figures dwarfed the size of core rural industries such as dairy – worth an estimated $4 billion per year – which highlighted how much regional Australia could be stimulated by tapping into the country’s “natural endowments”.

“Transmission is another barrier. We also don’t have a clear path with the current energy regulation infrastructure – the way we regulate electricity prices – all of those are not set up to deal with decarbonisation,” Dr Hamilton told The New Daily.

“The longer Australia delays that commitment, the further behind we get in building upon our competitive advantages in green energy.

“That’s where we want the government to act.

“It’s not simply enough to commit to a target, even though that’s obviously necessary, but we need to see them make major investments to break these kinds of barriers.”