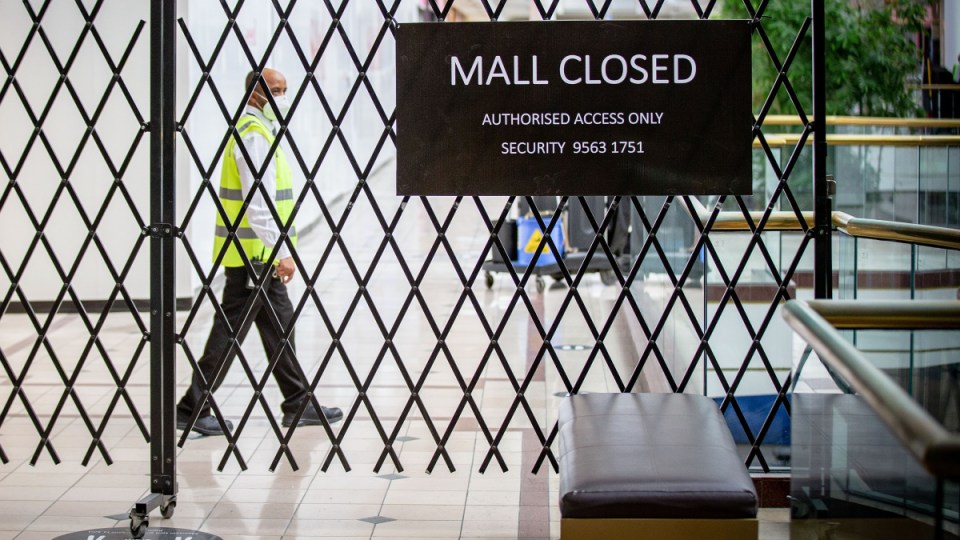 A COVID outbreak has been linked to Chadstone shopping centre. Photo: Getty

Victorian health authorities have isolated an entire household after identifying links between a positive virus test and a cluster connected to Melbourne’s biggest shopping centre.

Acting deputy chief health officer Allen Cheng conceded on Thursday there was “a bit of a situation” with the household in Frankston, in Melbourne’s outer south-east.

A worker from Chadstone Shopping Centre’s fresh food precinct is believed to have contracted COVID-19 and taken it home to their family in Frankston.

The outbreak began with a worker at one of the shopping centre’s butchers, who went to work while contagious.

The worker was contagious between September 23 and 26, when they worked 6am-6pm shifts at the butcher and used the centre’s public toilets.

“We have a bit of a situation in Frankston that is linked to the Chadstone cases,” Professor Cheng said on Thursday.

“The staff have been contact traced and cleaning has occurred, so it is perfectly safe to go back into Chadstone at this time.”

The Frankston household of up to nine people is in monitored isolation.

Authorities have also again urged anyone who attended the shopping centre during the time the first worker was infectious to monitor for symptoms.

Victorian health authorities set up a drive-through testing clinic at Chadstone’s Golfers Drive on Thursday. There will be another at the shopping centre from Friday.

There is also a new pop-up clinic at Frankston’s Peninsula Aquatic Centre.

“There is no exposure site in that area, but obviously for those who have symptoms in Frankston, if you could come forward for testing, that will help us find the cases trace contacts,” Professor Cheng said.

The news comes amid reports police replaced private security guards in Melbourne quarantine hotels after they were stood down amid fresh concerns about infection control.

The workers, employed by catering and cleaning company Spotless, were stood down on Wednesday.

Meanwhile, at Anglesea two wastewater test results have come back positive, despite none of the Surf Coast town’s residents known to have the virus.

Authorities say the infected person is most likely a resident, and could have already recovered from the infection. They have reassured residents that the town’s drinking water is not infectious.

The new cases, including seven linked to known outbreaks, brought Melbourne’s 14-day average down to 15.6.

The city also has 19 mystery cases in its crucial two-week period.

It must be fewer than five for restrictions to ease further, with the 14-day average also falling below five.

Premier Daniel Andrews expects this to happen by October 19.

“People can be rightly optimistic and hopeful about October 19,” Mr Andrews said on Thursday.

Mr Andrews is confident Victorians will have “a COVID-normal Christmas, a COVID-normal summer, and a virus at such a low level that we can sustain that over the long term”.

“That is all about making sure that we get these numbers low, open up, steady, safe and stay open, and keep those numbers low,” he said.

The state also had two further deaths on Thursday, one woman aged in her 70s and one woman in her 90s.

Both were linked to known outbreaks in aged-care facilities.

To date, 800 Victorians have died from coronavirus (888 people across Australia).

Singapore will open its international border to all Australian states and territories, except for virus hot spot Victoria, from October 8.

Travellers will have to have virus swab tests on arrival, travel on direct flights without transit and download a mobile app for contact tracing.

However, Australia’s international travel ban remains in place and this is not a reciprocal arrangement with Singapore.

NSW has recorded no new cases of coronavirus in the community for the sixth consecutive day.

Two new cases were recorded among returned travellers in hotel quarantine on Thursday, and one older case has also been reported.

Queensland’s tough border rules were eased for residents of 41 NSW postcodes from 1am on Thursday.

About 152,000 people who live in those areas can now “freely” pop across the border for a break.

However, the system for issuing border pass declarations has malfunctioned, causing lengthy delays at border checkpoints.

Gold Coast Police chief superintendent Mark Wheeler confirmed locals in some of the newly added northern NSW areas were not being recognised by the system.

“Patience is keeping COVID out of Queensland,” he said.

Get on the ‘vertical’ beers in SA

From midnight Friday, residents across the state will be allowed to have a drink standing up, as long as they are outdoors in a licensed venues.

Previously, patrons were required to remain seated while enjoying a pint at South Australian pubs, bars and clubs.

Private functions, including weddings, with a maximum of 150 people will also be allowed to serve drinks to people who are standing and dancing will be permitted.