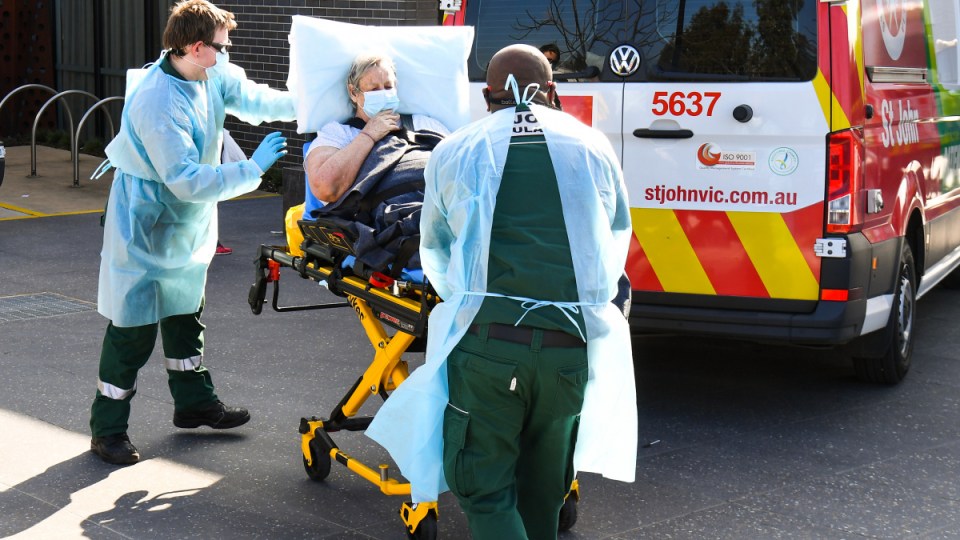 The majority of Victoria's COVID deaths have been linked to outbreaks at aged-care homes. Photo: Getty

The pandemic death toll in Victoria has hit 800, with two more deaths confirmed on Thursday.

The national figure is 888.

Thursday was also another day of double-digit new infections, with 15 confirmed.

But Melbourne’s key 14-day average has inched down again, to sit at 15.6. The number of mystery cases has also dropped, to 19.

The benchmark average must sit at five, and mystery cases must also drop to five for a fortnight before virus rules will be wound back further in the city.

However, many of Victoria’s active cases remain linked to the devastating outbreaks in aged care. Among infections confirmed on Wednesday, were two in household contacts of aged care staff from Estia Keilor and Edenvale Manor in Keilor East.

Two more cases were linked to a worker from the Butcher Club at Chadstone shopping centre, in Melbourne’s south-east.

The worker was contagious between September 23-26, when they worked 6am-6pm shifts at the butcher and used public toilets in the vicinity.

The Butcher Club, Coles Chadstone, the shopping centre’s fresh food precinct and Woolworths Ashwood have been added to the high-risk coronavirus hot spots.

All nine other cases reported on Wednesday remain under investigation.

It comes as Mr Andrews announced a quarter of workers in high-risk industries would be randomly tested for coronavirus each week as part of Melbourne’s plan to emerge from lockdown.

All medium and large businesses in meat, poultry and seafood processing, and in the supermarket and distribution sectors, will be asked to test 25 per cent of their workforce weekly.

Workers are encouraged to head to one of the state’s 200 testing sites from Thursday.

Those without symptoms won’t be required to self-isolate while they wait for their result.

Regular testing will also occur in aged care under a deal struck with the federal government.

Meanwhile, a testing site has been opened at Anglesea Town Hall, in Victoria’s south-west, after a COVID-positive sewerage sample was identified despite the area having no known active cases.