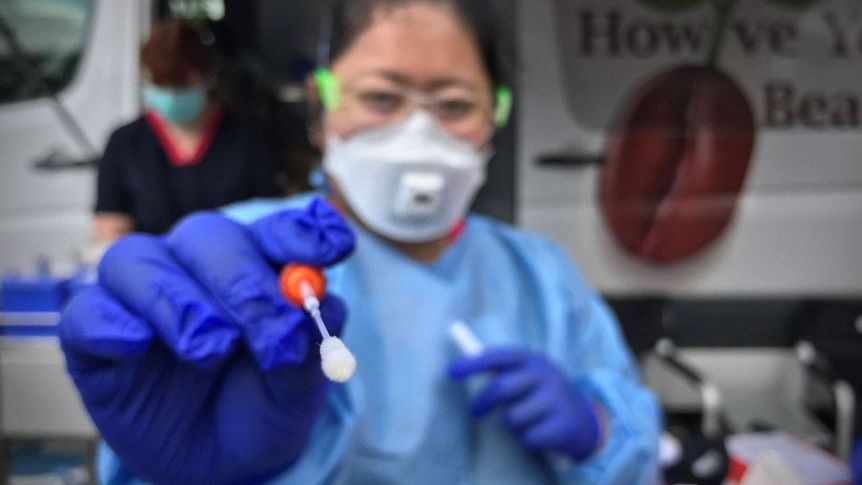 Health authorities want anyone who develops symptoms during the school holidays to get tested Photo: ABC

The discovery of a new COVID-19 infection in NSW from July proves the virus is still “lurking within the community”, Premier Gladys Berejiklian has said.

Two new cases were reported among returned travellers in hotel quarantine and an older case has also been reported.

It is believed the man in his 50s from south-western Sydney contracted the virus when it was circulating at low levels in his area in July.

“This person was tested as a pre-work test requirement and was found to have old remnants of the disease,” Ms Berejiklian said.

As the case was not previously diagnosed, it was included in Thursday’s numbers.

Ms Berejiklian said this case was proof the virus is silently living among us.

“It demonstrates our suspicions about the disease lurking within the community without us getting every single case,” she said.

Ms Berejiklian said she didn’t know whether Queensland would restart its 28-day count of zero community transmission in NSW – the condition set for the border to reopen.

“That’s a matter for the Queensland government,” she said.

“But I’ve said from the outset … we can’t expect to have zero cases indefinitely.”

“Politics is playing too great a part in the decision making on the Queensland border with NSW,” Mr Hazzard said.

“I would say to Premier Palaszczuk with the zero transmission in the last five days, clearly you should actually be opening those borders.”

The Premier said before travel arrangements with New Zealand or Singapore could be made with Australia “we need to get our own house in order”.

On Thursday, travel company Flight Centre announced the closure of 91 stores across the country, which Ms Berejiklian said was another consequence of needless border closures.

“This is what happens when states put borders up they don’t need to have up.”

There were 13,072 tests conducted in the past 24 hours, a slight dip from the previous period.

NSW Health is treating 50 COVID-19 cases, including three in intensive care, none of whom are being ventilated.