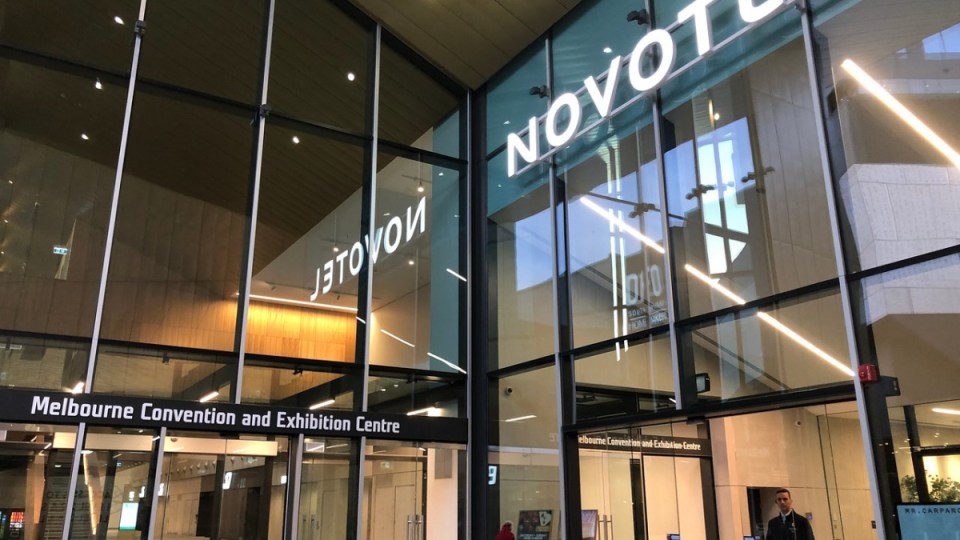 Police have taken over quarantine security at the Novotel Melbourne after renewed fears about infection control. Photo: TripAdvisor

Police have replaced private security guards in Melbourne quarantine hotels after they were stood down amid fresh concerns about infection control.

The floor managers, employed by catering and cleaning company Spotless, were stood down at short notice on Wednesday at the state’s last remaining “hot” hotel, the Novotel Melbourne at South Wharf, a Department of Justice and Community Safety spokeswoman confirmed.

The staff were reportedly pulled from the hotel mid-shift after one told Nine newspapers of her concerns.

“I can see it happening all over again,” the health worker, who did not want to be named for fearing of losing her job, to the papers.

“When [international] flights start again, we (Victoria) will be screwed.”

Melbourne’s hotel quarantine program, which has been blamed for sparking Victoria’s devastating second wave, is being run by the Department of Justice.

Alfred Health has been contracted to provide clinical services. Police were already overseeing security, but Spotless staff were being used as “non-clinical support”.

The hotels have been providing accommodation to Victorians who cannot safely isolate at home.

Alfred Health said the staff were not used as security.

“Under the hotel quarantine program, Spotless provided cleaning, customer service and floor monitor roles at the request of DJCS [the Department of Justice and Community Safety]. They were not providing security services,” an Alfred spokesperson told the ABC.

A spokeswoman from Spotless said the company’s staff followed strict infection control procedures in its sub-contracting work for Alfred Health.

Victoria had another day of double-digit COVID infections on Thursday, with 15 more confirmed. They came from more than 14,700 tests.

But Melbourne’s key 14-day average inched down again, to sit at 15.6. The number of mystery cases has also dropped, to 19.

The benchmark average must sit at five, and mystery cases must also drop to five for a fortnight before virus rules will be wound back further in the city.

“People can be rightly optimistic and hopeful about the 19th of October,” Premier Daniel Andrews said on Thursday.

Elsewhere, NSW had its sixth consecutive day with no locally acquired COVID-19 cases.

Two new infections were reported among returned travellers in hotel quarantine, and an older case was also reported.

Epidemiological and laboratory investigations indicate the historical infection – in a man in his 50s from south-western Sydney – likely occurred two months ago.

Back in Melbourne’s troubled hotel quarantine, nine people working at the Brady and Grand Chancellor hotels have contracted the virus since July 27.

One worked for the state Department of Health and Human Services, another was a Victoria Police member, two were Alfred Health staff and the other five were from Spotless.

The Department of Justice said none had contracted the virus at the hotels.

The state’s hotel quarantine inquiry is looking into the most recent infections.

International flights will remain diverted from Victoria until the inquiry releases its final report on November 6.

There are 289 active coronavirus cases in Victoria – the first time since June 29 there have been fewer than 300. There are 38 Victorians in hospital, including six in intensive care.