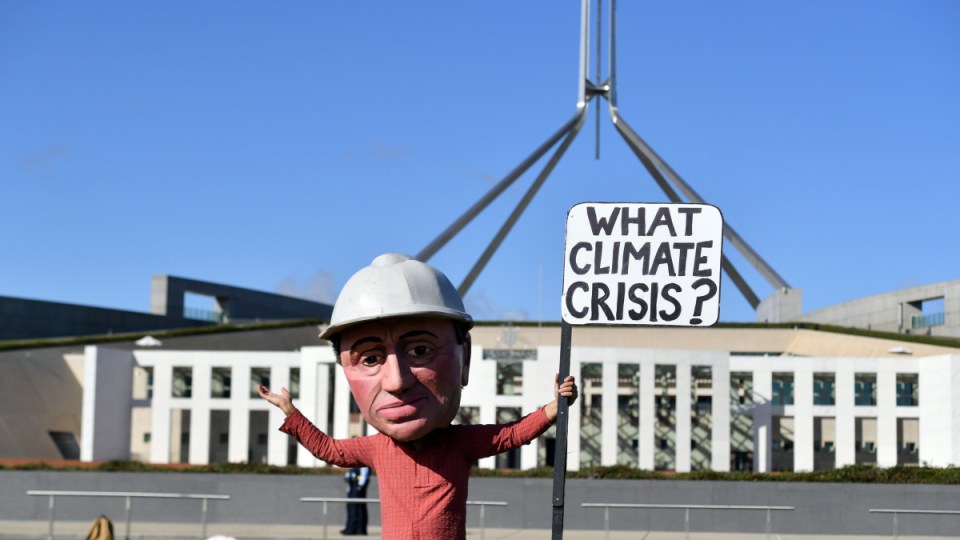 The Coalition’s ugly internal fight on whether to commit to a net-zero target won’t be resolved until at least the end of the week, but support seems to be firming for the plan – even as Nationals complain about the modelling it is built on.

But Greens leader Adam Bandt has accused the government of a “cowardly” approach, blasting the Coalition for not yet reaching even a 2050 target when Glasgow’s COP26 summit is actually meant to be about stronger 2030 cuts – which Barnaby Joyce has flatly rubbished.

A commitment to the net zero by 2050 target now appears a mere formality, with the Prime Minister and Mr Joyce confirming it would be a decision for the cabinet.

Most Liberals and many Nationals see the target as an inevitability, The New Daily understands.

As government inches closer to agreement, what is still undecided is what price the Nationals will extract for their support, and the exact technology and energy path by which the government plans to reach the mid-century target.

Mr Joyce confirmed he hoped to return to Mr Morrison with a firmer Nationals position “by the end of the week”.

“We have an immense responsibility for this,” Mr Joyce said on Tuesday afternoon.

He was also critical of the plan to confirm the target through cabinet, not the party room or on the floor of Parliament.

“This is not the way the Coalition has typically worked,” Senator Canavan said, claiming a lack of “respect” for the Nationals.

He threatened negotiations could get “ugly”, pledging to vote against government legislation related to a net-zero target.

But Mr Joyce accepted Mr Morrison had the “mandate” to seek a net-zero agreement.

Mr Morrison told Parliament’s question time a net-zero target would have “a positive impact” on Australia, but he and Mr Joyce both repeatedly dodged questions on whether they would release modelling underpinning the government’s plan.

Mr Morrison said the government would “set these things out very clearly”, but didn’t give a time frame.

“When the government has fully considered these matters, we will be setting out all of our plans,” he said.

“[Mr Morrison] will say Australia supports net zero by 2050. But he’ll pretend that that’s sort of a big victory without a real path to get there,” he told 4RO radio on Tuesday.

Mr Bandt was similarly critical, pointing out Australia was far behind the climate standard being set by major nations worldwide.

While the federal government is still fighting over the details of a net-zero commitment to announce at the Glasgow COP26 summit later this month, many other nations will announce expanded commitments to slash emissions by 2030.

The Coalition, by contrast, has all but rejected any firmer 2030 commitment, beyond the current plan to cut emissions by 26 to 28 per cent on 2005 levels.

Mr Joyce said it was “highly unlikely” the Nationals would agree to boost that commitment, while Mr Morrison said he would tell COP26 about “our success in meeting and beating” current targets.

That’s not good enough, according to Mr Bandt and esteemed climate scientists.

“By cowardly submitting to Barnaby Joyce over 2030 targets, Scott Morrison has put a target on Australia’s back, exposing our exporters to carbon tariffs,” said Mr Bandt, accusing the government of “climate delay”.

Mr Bandt pointed out the Glasgow COP26 summit would be largely focused on nations accelerating their 2030 goals, with major powers expected to outline more ambitious goals.

The summit’s website lists its No.1 goal as “secure global net zero by mid-century and keep 1.5 degrees within reach”.

“Countries are being asked to come forward with ambitious 2030 emissions reductions targets that align with reaching net zero by the middle of the century,” the website said.

Despite criticisms from Labor on the government’s delay on 2050, Mr Albanese has refused to confirm what the opposition’s 2030 target would be.

At the last election, former opposition leader Bill Shorten backed a 45 per cent emissions cut by 2030, but Mr Albanese has long resisted questions on his plans, saying Labor would confirm their commitments after Glasgow.

Australia is actually on track to exceed the 26 to 28 per cent 2030 goal – in large part due to more ambitious commitments from individual state governments.

But while Mr Morrison hasn’t committed to outlining a firm commitment on that, he could speak of a “projected” deeper cut to emissions based on current trends – something Liberal MPs are urging him to do.

Mr Albanese said on Monday only a firm commitment would be acceptable.

“What does projection mean? Why not ‘a vibe’?” he joked.

“They’re going to come up with a vibe. They won’t be taken seriously.”