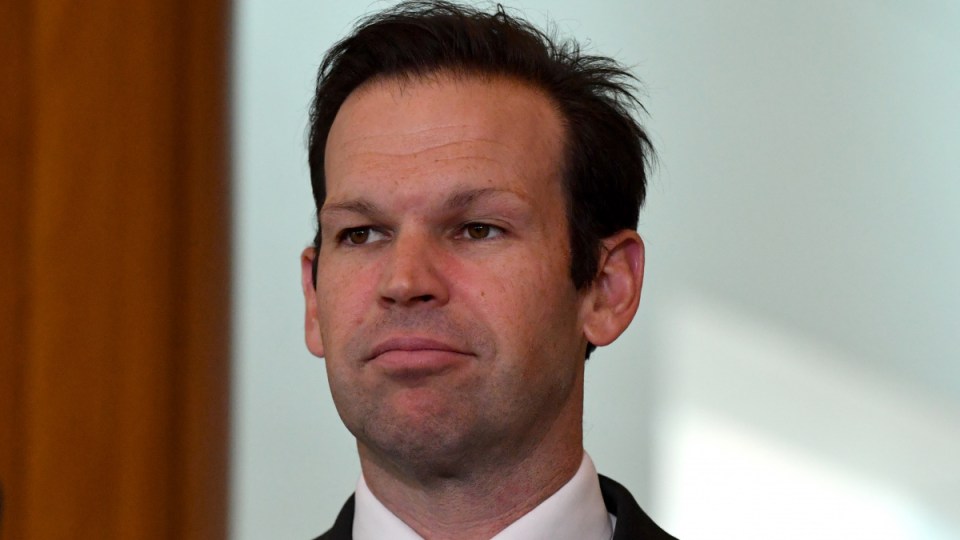 Matt Canavan says the world is moving away from the idea of a net-zero emissions target. Photo: AAP

LNP senator Matt Canavan has threatened to vote against his own government’s legislation and campaign against a net-zero target if Scott Morrison ignores the Nationals and pushes the plan through, claiming his party is still yet to see detailed modelling.

“This could get a little bit ugly,” the Queenslander said on Tuesday.

“I’m not going to sign up to a net-zero emissions target and I will vote against anything and everything that does that … and many others that support our causes will be voting against that.”

The Coalition’s ugly fight over a plan for net-zero by 2050 continued on Tuesday, as the Liberals and Nationals joined for their weekly joint partyroom meeting. But despite the issue dominating the week, it did not come up for discussion in the meeting.

Government sources said this was because the net zero plan was being worked through in each party’s individual meetings, not in the joint partyroom.

The New Daily understands only a handful of Liberals are vehemently opposed to the plan, proposed by the Prime Minister and Energy Minister Angus Taylor, but a larger percentage of Nationals hold reservations.

“It’s absolute bulls–t,” one Liberal backbencher told TND ahead of the joint meeting. They said a few fellow Liberals had questions about the net-zero plan’s assumptions, including the cost or effectiveness of renewable power.

When asked repeatedly by Labor in Tuesday’s Question Time about the modelling, Mr Morrison would not commit to releasing it publicly. However, deputy PM and Nationals leader Barnaby Joyce told Question Time the party “have seen the results of modelling”.

Deputy Nationals leader David Littleproud said there were “a small number” in his party who outright opposed net zero, but most were “pragmatic”. Senator Canavan, who has repeatedly ridiculed the concept of the net-zero target, is not one.

On Tuesday morning, he was angry at Mr Morrison’s position that the net zero target would be decided by the 23-member cabinet – featuring 19 Liberals and just four Nationals – not the whole Coalition party room or on the floor of Parliament.

“This is not the way the Coalition has typically worked,” he said.

“I certainly don’t think there’s been respect shown for the [Nationals] party room.”

However, Mr Joyce admitted Mr Morrison had the “mandate” to seek a net zero agreement through cabinet.

Despite Mr Taylor giving a presentation to a special Nationals meeting on Sunday, Senator Canavan claimed the party was yet to see detailed modelling on the costs or impacts of net zero.

“There’s basically no detail and apparently the decision has been made by Joe Biden before any of us got to have our say,” he said.

“It will be very messy. I’m going to campaign against this. I haven’t even begun to fight.”

However, Senator Canavan admitted he would never back a net-zero plan, even if given more detailed modelling.

Nationals MP Darren Chester told Sky News it would be “unfair” to claim Mr Taylor had given “no detail”, saying there had been long discussions about the proposal.

Mr Morrison does not need to pass legislation to formally commit to a net-zero target, and is therefore unlikely to do so. However, Senator Canavan said he would vote against legislation that would practically facilitate the commitment, which could include changing energy or environmental laws.

This sitting fortnight of parliament is set to be dominated by net-zero discussion, with Mr Morrison sweating on brokering a deal in time for the Glasgow COP26 climate summit on October 31 – less than two weeks away.

It’s unlikely a final agreement will be reached until mid-next week, mere days before he will jet to Scotland.

Mr Morrison told his Liberal colleagues on Monday he believed not reaching a net-zero commitment would be a national security risk, and a danger to Australia’s global alliances.

Net zero by 2050 is a basic target adopted by virtually all Australia’s key allies and trading partners, including the US, Britain, Japan and South Korea.

Nationals MPs have stressed for weeks that any target would be a plan of the Liberal Party, which they refuse to guarantee to back.

Mr Littleproud said his party would “work this as quickly as we can”.

“But we want to get an understanding, make sure that when we sign up to anything, we understand what the implications and the ramifications are for regional Australia, and make sure there’s protections in there for them, if they required,” he told Network 10 on Monday.

“We’re rushing this as quickly as we can, but making sure that we get it right. And we’re just asking for a little bit of clear air, and creating an environment where we can do that as a collective group.”

Net zero ‘could get ugly’ if PM rams plan through, Canavan warns