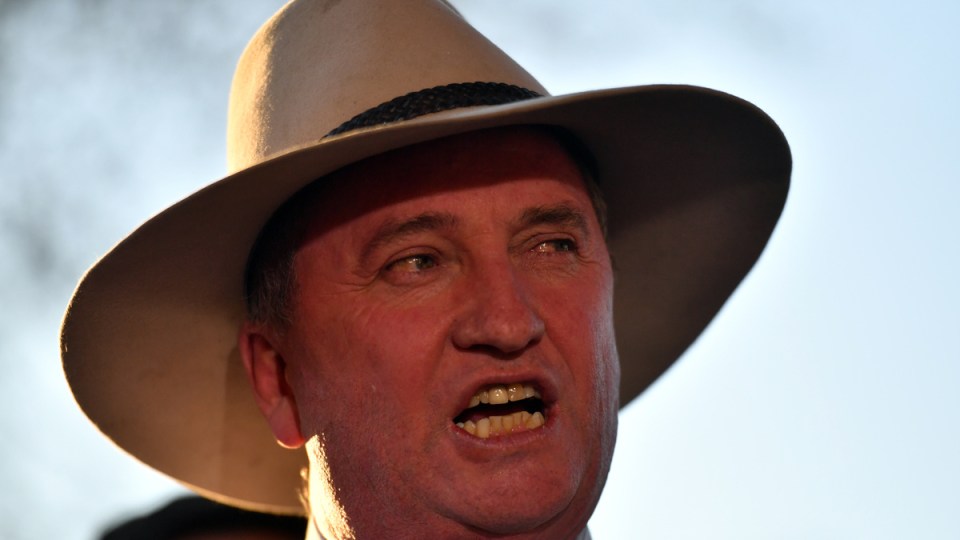 The ‘net-zero emissions by 2050’ debate has torn down a Deputy Prime Minister and cleaved a deep split inside the government – but climate experts say the target is almost irrelevant and badly outdated.

“Net zero by 2050 is a furphy,” Professor Will Steffen, one of Australia’s leading climate scientists, told The New Daily.

“It means they can put off meaningful action now, because it’s three decades away. The real critical action that will be the determining factor in where climate goes is between now and 2030.”

Greens leader Adam Bandt had an even more succinct evaluation, calling the 2050 focus a “distraction” to delay sooner action.

“Delay is the new denial,” he told TND.

Instead, Professor Steffen and others are again warning a 2050 target isn’t just unambitious and lazy by world standards, but vastly inconsistent with the critical global goal of limiting temperature increases below two degrees Celsius.

Forget 2050; without a vastly beefed-up 2030 target, Australia won’t be doing its bit to avoid locking in catastrophic, irreversible climate change.

“2050 is far too late to keep climate change within manageable levels.”

Net zero by 2050 is a basic target adopted by virtually all Australia’s key allies and trading partners, including the United States, United Kingdom, Japan and South Korea, while China’s goal is by 2060.

Among our closest partners, it’s an unremarkable and matter-of-fact goal.

But the fierce debate over an Australian 2050 target has bitterly split the Coalition for years, and was key in detonating Michael McCormack’s Nationals leadership last week.

Mr McCormack previously said he was “not worried about what might happen in 30 years”, while Mr Joyce famously said “the only thing certain about 2050” is that “none of us [politicians] will be here”.

Some Nationals flatly reject the plan, claiming it would hurt coal miners and farmers, while others – like deputy leader David Littleproud – have called for compensation or carve-outs to protect rural communities from any net-zero target.

“It is time our mob got repaid,” Mr Littleproud said last week, potentially opening the door to Nationals backing a 2050 goal under the right deal.

But Professor Steffen said not only is the 2050 debate behind the times, but that a net-zero goal is actually needed by 2035 – 15 years earlier – to limit global warning to 1.5 degrees Celsius.

“Net-zero 2050 is better than no target, but if you want to avoid catastrophic climate change, this decade is when we have to take action,” he said.

Australia’s goals under the Paris climate agreement, signed by Tony Abbott, are a 26 to 28 per cent reduction on 2005 emissions by 2030.

Prime Minister Scott Morrison has gradually sharpened his language on net zero in recent months, saying Australia would “preferably” hit this goal by 2050.

Some tip he will drop “preferably” by November’s United Nations climate change conference in Glasgow.

But even that is lagging the world, Professor Steffen said.

The G7 leaders’ conference, which Mr Morrison attended in Cornwall, agreed to set even more ambitious 2030 goals than they now have, including “halving our collective emissions”.

“It’s disappointing we’re here. We’re not getting any pats on the back if we go to Glasgow with only net zero by 2050,” Richie Merzian, climate change program director at The Australia Institute, told TND.

“The real ambition is what you’re doing in the near term, and if we’re not willing, we shouldn’t even bother turning up.”

“A simple ‘net-zero emissions by 2050’ target for Australia is not sufficient for the Paris agreement goal of limiting global warming to well below 2 degrees Celsius,” the panel said in a January report.

Delaying more ambitious targets now, to set a gradual transition, would mean the changes by 2050 would need to be deeper, more dramatic, and harder to navigate when they come in.

Professor Steffen said he was “disgusted” at roadblocks in Australian policy, and suggested even 2050 would be “too late” to save natural wonders like the Great Barrier Reef from climate disaster.

But the elevation of Barnaby Joyce to Nationals leader, moderate Liberals fear, has thrown a spanner in the works of Mr Morrison’s slow march to net zero, let alone any more ambitious goal.

Some Nationals were upset former leader Mr McCormack didn’t push more forcefully against a net-zero target, while Mr Joyce has previously thrown his weight against it and may do so again.

That could help shore up rural and coal-mining seats at the next election, but multiple Liberals have told TND of their concerns that not committing to net zero by 2050 may hurt them in inner-city, socially progressive seats.

Labor’s climate change spokesman Chris Bowen said a 2050 net-zero goal should be “the most basic climate policy … It is everywhere in the world”.

“In Australia it’s still contested because the government doesn’t believe in it,” he said last week.

“We’re the only developed country in the world without that finishing line agreed.”

But Mr Bandt said it was critical to get near-term 2030 goals.

“Talking about 2050 is a political excuse to avoid taking action now.

“What we do in the next 10 years matters far more than what you do in the time after.

“We’re rapidly running up against temperature limits after which temperature rise becomes irreversible.”

‘Delay is the new denial’: Why the 2050 net-zero fight is missing the real danger