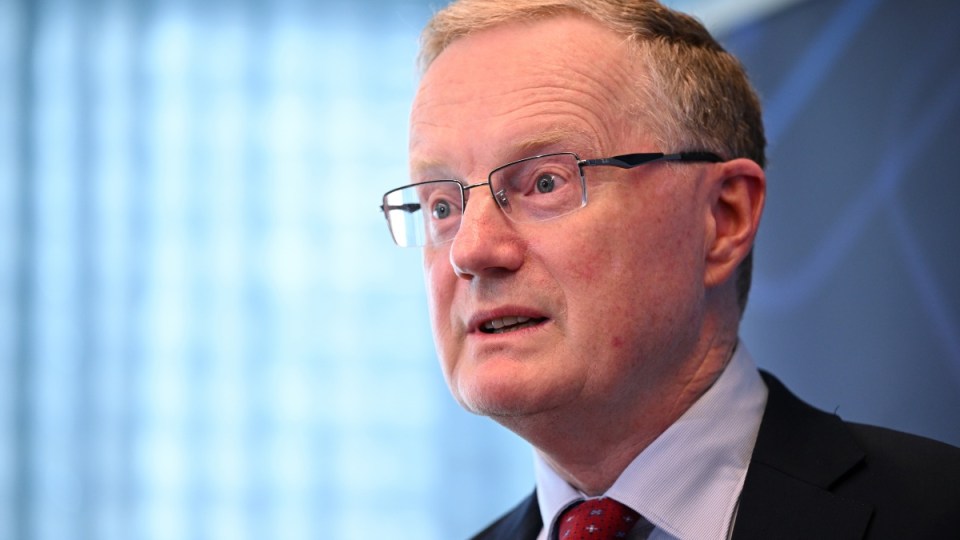 The RBA is trying to show households it is serious about curbing inflation, economists said. Photo: AAP

In a wide-ranging speech on Tuesday, Dr Lowe said the RBA will do whatever it takes to get inflation back under control, amid growing fears the central bank could trigger a recession in the process.

The central bank governor said the bank was prepared to hike interest rates by another 0.5 percentage points at its July 5 board meeting as higher interest rates were needed to put downward pressure on spending.

“The level of interest rates is still very low for an economy with low unemployment and that is experiencing high inflation,” Dr Lowe said.

Economists said the speech shows the RBA is trying to convince people it is serious about tackling rising prices to combat soaring inflationary expectations that could make the problem even worse.

But higher rates also threaten to exacerbate cost-of-living pressures in the short term, with prices for everything from food to petrol and energy already rising rapidly.

The Reserve Bank’s tough stance on inflation is driving fears that its rate hikes could trigger a recession by pushing consumers and businesses to the brink.

But Dr Lowe said on Tuesday that he doesn’t see a recession “on the horizon”.

“Our fundamentals are strong, the position of the household sector is strong, and firms are wanting to hire people at record rates,” he said.

“It doesn’t feel like a precursor to a recession.”

But although Dr Lowe thinks a recession is still unlikely, he admitted the outlook for inflation has worsened substantially lately.

The RBA now expects annual price growth to peak at 7 per cent this year – up from 6 per cent previously – as new economic shocks such as skyrocketing power bills add to existing pressure on petrol and food.

Inflation is then tipped to tail off some time after the December quarter as global problems like shipping delays are gradually resolved, Dr Lowe said.

“Firms have been adjusting to their new operating environment and solving the problems in global production and logistic networks,” he said.

“As a result, delivery times have shortened a little from last year, the prices of semiconductors have declined from their recent peak and the global production of cars is showing signs of a recovery.”

However, because local price pressures are building, Dr Lowe and other economists still expect annual inflation to stay above its target of 2 to 3 per cent for several years.

Key among these price pressures is wages growth, which is now picking up.

“It’s likely that over the next 12 months to two years there will be some pressure coming from wages growth,” economist Saul Eslake said.

“It’s something that may make the task of bringing inflation back down to 2 to 3 per cent more difficult than it otherwise would be.”

Dr Lowe said Australians should expect much higher interest rates over the next few years as the RBA tries to tackle this wave of inflation.

Another 0.5 percentage point rate rise is now on the table for July, he revealed.

This would be the third rate hike in as many months and take the official rate above 1 per cent for the first time since 2018 – adding hundreds of dollars to monthly mortgage bills.

CommSec chief economist Craig James said the RBA is signalling that it is prepared to push rates higher until inflation comes back to its target.

Mr Eslake agreed, saying the RBA’s sobering message to households was designed to convince households that inflation would soon be brought under control.

Consumer data published by Roy Morgan on Tuesday revealed inflation expectations have soared to 5.9 per cent, higher than the official rate, but still lower than the peak now anticipated by the RBA.

“If households and businesses expect inflation to remain high they may act in ways that make it more likely it will,” Mr Eslake said.

“Workers may demand and get wage rises to compensate for expected inflation.

“Likewise, businesses in circumstances where demand is strong will potentially raise prices in anticipation of cost increases that haven’t occurred yet.”

“We think this concern and the strength of the labour market for May support our expectation the RBA will tighten by 50 basis points in July,” ANZ economists said on Tuesday.