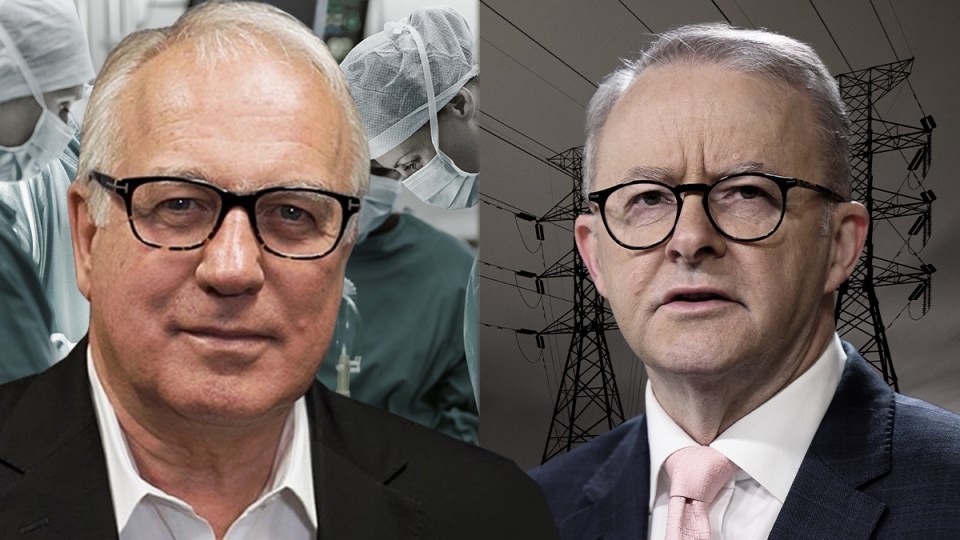 Governments usually change after recessions, not before them, so the job is a nice one – to manage the recovery.

But not only is the new Labor government facing a sharp economic slowdown, and possibly a Whitlam-style recession, it’s dealing with multiple crises from the failures of its predecessor.

Tuesday’s suspension of the National Electricity Market by the Australian Energy Market Operator is the latest, and worst, of many. It’s hard to imagine a worse legacy than the collapse of the national energy system.

I suggested in this column before the election that the Morrison government was going to lose despite presiding over a strong economy, mainly over its failures on climate change, and as we are now discovering there was more to it than that.

So the number one political imperative in Anthony Albanese’s first term is fast becoming the need to make sure he is not blamed in three years’ time for the various crises he has been bequeathed.

He will especially need to find a Teflon recession coat. Tuesday’s minimum wage decision, in line with his own submission, won’t help.
Economic prospects are now changing rapidly as the Reserve Bank belatedly engineers a slowdown to deal with inflation. It will be touch and go whether there’s a recession.

The Whitlam recession hit two years after the 1972 election and was entirely caused by an external shock (the 1973 oil shock).

The 1982 recession that preceded the election of the Hawke government was also caused by an external shock – America’s decision to crush inflation, while the 1991 recession that eventually preceded John Howard’s election five years later was largely self-made.

This one, if it happens, will be part external shock, part self-made, and Tuesday’s interview with Reserve Bank Governor Philip Lowe on the ABC’s 7.30, before the minimum wage decision, explained how.

Like the US Federal Reserve, the RBA waited too long to start moving interest rates higher, and with Dr Lowe now predicting inflation of 7 per cent by year-end, and an arguably misplaced determination to return it to 2-3 per cent, both the Fed and the RBA look like being brutal.

Putting aside arguments about Modern Monetary Theory, and whether inflation should be above or below 3 per cent, it’s the ideas of the RBA that matter, no one else.

And the Bank of Lowe has extravagantly switched from taking out “a lot of insurance” to prevent a recession, as he put it on Tuesday, to taking out the opposite sort of insurance – against inflation.

Did he wait too long to switch insurance policies? Of course, he did.
As 7.30 host Leigh Sales pointed out, he was saying interest rates wouldn’t change until 2024 as recently as October last year.

Dr Lowe replied that wasn’t a promise but “very much a conditional statement” – “if the economy evolved as we’d expected, we’d keep rates where they were until 2024”.

October was actually the ninth time he had talked about no change to interest rates until 2024, and there is extra power in repetition.

More importantly, what he actually said in October, and the previous eight months, was: “(The board) will not increase the cash rate until actual inflation is sustainably within the 2 to 3 per cent target range. The central scenario for the economy is that this condition will not be met before 2024.”

Yes, that is conditional, although not as clearly so as the wording he used in Tuesday’s interview, but note that he was saying rates would not increase until inflation gets up to 2-3 per cent, sustainably. He definitely wasn’t talking about getting inflation down.

After October he stopped saying “2024”, but as recently as March this year he was still complaining that inflation was too low.

And then – whoops – on April 27 the shocking March quarter number came out: 5.1 per cent. And on Tuesday Dr Lowe said they’re expecting 7 per cent within six months.

For an institution that apparently values insurance, it is astounding, and arguably negligent, that it didn’t take out insurance against inflation after two, or even three, quarters of 3+ per cent numbers, and kept wondering aloud whether it was sustainable while leaving the cash rate at 0.1 per cent and, up to October, continuing to print money.

The result is that hundreds of thousands of Australian families took out billions of dollars in loans in the belief that interest rates wouldn’t change for three years.

It was like an RBA-guaranteed fixed-rate mortgage, and while Dr Lowe can protest all he likes that it wasn’t a promise, that it was conditional, he knows the nuances of central bank language are lost on most ordinary people.

Is there a case for a class action against the RBA? Probably, but no law firm would take it on given that judges are just as attuned to the nuances of language as central bankers.

As for Anthony Albanese, his list of inherited crises is long and growing by the day – energy, NDIS, aged care, China, France and more.

If there’s going to be a recession, the sooner the better. The last thing he needs is for it to take two years as in the 1970s and for unemployment to be at 10 per cent in time for the 2025 election. The real cause of that will be long forgotten.

Alan Kohler: Albanese’s note to self – Don’t get blamed for the Morrison crises