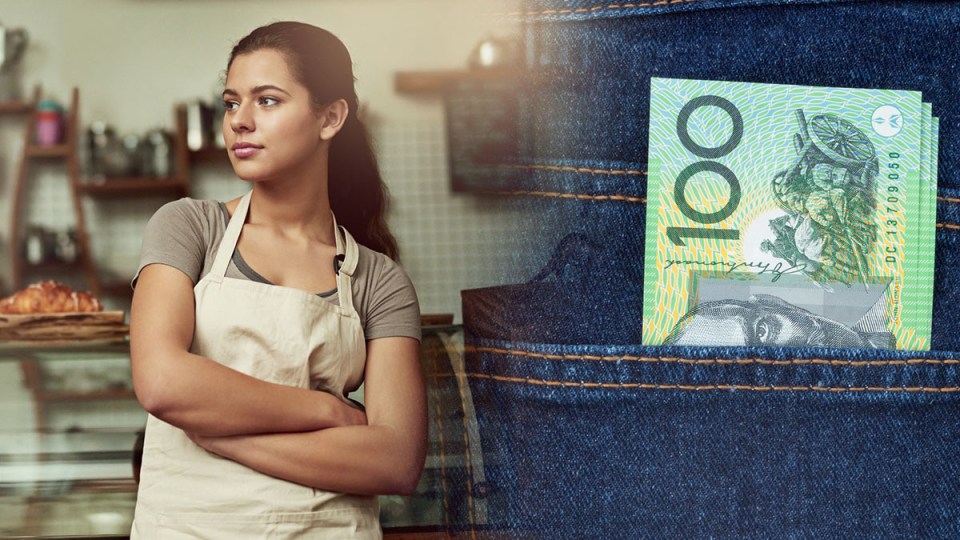 The government has decided to abandon its own wage theft crackdown. Photo: TND

The Morrison government has backflipped on plans to criminalise forms of wage theft in a free kick to business that unions warn will further entrench the exploitation of workers.

Industrial relations reforms passed the Senate on Thursday afternoon after the government gutted its own bill to secure crossbench support.

But although Centre Alliance Senator Stirling Griff, who held the casting vote, didn’t oppose parts of the Bill criminalising serious and deliberate wage theft, the government decided to axe those changes anyway.

Coalition and One Nation senators then voted down an effort to reintroduce parts of the underpayment crackdown in a tied vote.

The crackdown also would have increased penalties for underpaying workers and made it easier for staff to reclaim stolen wages – key reforms which leading experts have backed.

The backflip comes amid an epidemic of wage theft in Australia that has seen massive companies like 7-Eleven, Woolworths, Target, and many more admit to underpaying workers over the past five years.

A 2019 KPMG report estimated wage theft is a $1.35 billion annual problem in Australia.

“[It’s] a spiteful act by a government which refuses to act in the interests of working people,” ACTU Secretary Sally McManus said in a statement.

“Theft of wages and exploitation of casual workers is now on the hands of this government and its allies on the crossbench.”

Describing the legislation as “entirely business-friendly”, UTS law professor Joellen Munton said it was peculiar that the wage theft penalties were dropped from the Bill, as it appeared as though all of the crossbenchers supported them.

“Perhaps it was dropped as a peace offering to business and employer lobby groups who would have been disappointed to lose the benefits of the other schedules that were dropped (the changes to the Fair Work Commission’s powers in passing agreements that failed the Better Off Overall Test, and the extension to the duration of greenfields agreements, for example),” Professor Munton wrote in an email.

“I must say I am not surprised that the Coalition government ended up passing only one aspect of its contentious Bill, and it was the one that satisfies business concerns that they should not be burdened with ongoing claims for unpaid entitlements from workers who are employed on ‘permanent casual’ rosters.”

In ditching its own policy, the government has also rubbished key recommendations from the 2019 Migrant Workers Taskforce.

A 2017 survey cited by the taskforce found up to 50 per cent of temporary migrant workers in Australia were being underpaid.

And the government had previously agreed about the need for a crackdown – saying in response to the taskforce’s 2019 report that it would “not tolerate” worker exploitation.

Attorney-General Christian Porter – currently on mental health leave amid historical rape allegations – was talking up the changes as recently as December, calling yet more reports of worker underpayment “disgraceful”.

“The government’s actions today show they were never really serious about addressing the systemic issue of wage theft,” he told TND.

“They just don’t care about stopping wage theft in any sense.”

Senator Griff, who voted to pass the amended Bill through the Senate, said ditching the wage theft reforms was “shameful and spiteful” in a statement on Thursday afternoon.

The amended industrial relations reforms will now return to the House of Representatives for another vote before passing the Parliament.

Acting Attorney-General and small business minister Michaelia Cash was contacted for comment, but did not respond before deadline.