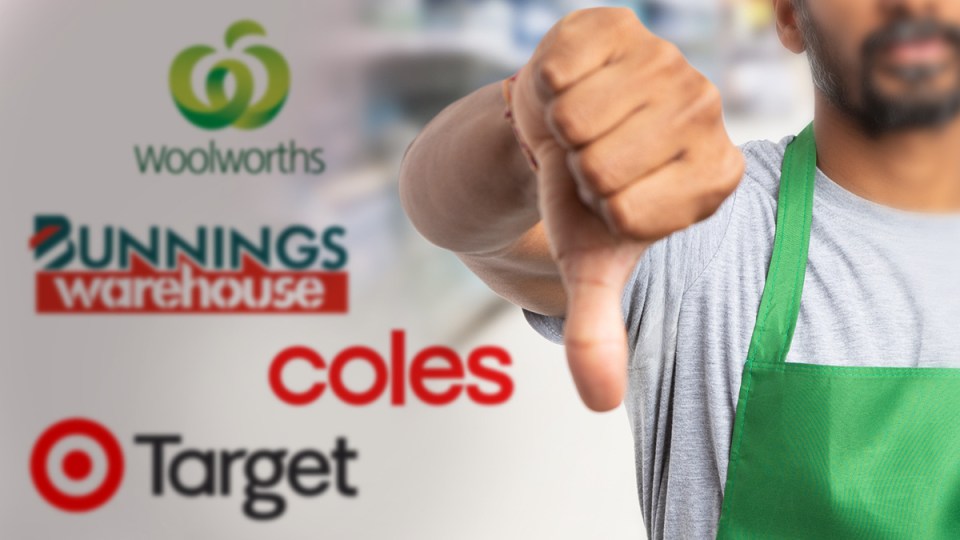 Union officials say the latest underpayment revelations are just the tip of the iceberg. Photo: TND

The latest revelations of underpayment at Target are part of a “full-blown epidemic” that could drag “dozens” more companies into its net, union officials have claimed.

After Woolworths confessed to underpaying staff $300 million over a 10-year period, one of Australia’s largest trade unions kickstarted a campaign demanding employers to check their payroll history.

The self-auditing process came after a series of wage theft scandals that started with 7-Eleven’s exploitation of vulnerable workers and included the likes of Sunglass Hut and Commonwealth Bank.

It has seen heads roll and empires collapse.

And it’s only just getting started, with rumours of a “professional services organisation” on the brink of making a similar confession.

Gerard Dwyer is the national secretary of the Shop, Distributive and Allied Employees’ Association, the trade union that got the self-auditing process off the ground.

Mr Dwyer told The New Daily the union has so far sent more than 100 letters to employers asking them to double-check their books for signs of systemic underpayment.

He said it was only a matter of time until another household name is embroiled in the wage theft scandal.

Although some audits will likely “get a clean bill of health”, roughly 20 tier-1 or tier-2 companies have replied to SDA’s letters with a response along the lines of “Trust us, there’s nothing to see here,” Mr Dwyer said.

“Dozens” more have chosen not to respond.

Mr Dwyer described these companies as “suspicious” and said he expected many more cases of underpayment to emerge over the coming months.

He said the federal government must restore the right of unions to conduct random checks of company payrolls to ensure they were paying employees according to the law.

“But it wouldn’t have been a big job if we had been able to maintain our spot-check hours – and it wouldn’t be a big job if we got them back,” he said, adding that companies would avoid damaging their brands, reputation and market value by paying staff properly.

“It’s like any enforcement – you’ve just got to catch a couple out, and then you start to see [an improvement].”

Wesfarmers has yet to finish its self-audit process but was forced to publicise its underpayment on Wednesday as part of its half-year result announcement to shareholders.

The company, which also owns Kmart and Bunnings, has set aside $15 million to backpay staff in its industrial and safety division and a further $9 million for Target employees.

Among other things, the paper suggested compelling guilty employers to display public notices admitting to underpaying workers and banning companies with a history of wage theft from hiring migrant workers.

Mr Porter will also this week introduce legislation that increases jail terms and fines for the most egregious forms of worker exploitation.

Although noting that a “professional services organisation” would soon ‘fess up to underpaying its staff, Australian Retailers Association chief executive Russell Zimmerman said the government’s focus on criminal sanctions was misplaced.

He told The New Daily Australia’s overly complex award system was to blame, noting that the General Retail Industry Award (GRIA) had more than 16 pages of different award wages and roughly 100 pages interpreting these awards.

“The part that gets me is, people are out there saying there’s no excuse for this and they’re targeting the retailers … but there’s no getting away from the fact the retail award is complex and difficult to understand,” Mr Zimmerman said, adding that most of the underpayment cases had come to light because employers had owned up to them.

In the eyes of Australian Council of Trade Unions secretary Sally McManus, though, Mr Zimmerman’s theory fails the pub test.

“It’s impossible to believe that understanding how to pay their workers is too hard for them.

“If that’s the case, let unions back into their workplaces to sort it out for them. We’re ready and waiting.”

What SDA demanded in its letters to employers

“Whilst Woolworths has committed to rectifying their salary staff underpayments back to 2010, the SDA believes the entire industry must now audit the contractual arrangements for salaried staff to ensure those contracts provide wage outcomes better than the General Retail Industry Award.

“To this end I am seeking confirmation from your company that:

Coles and Target are the tip of the iceberg. There could be ‘dozens’ more underpayment scandals