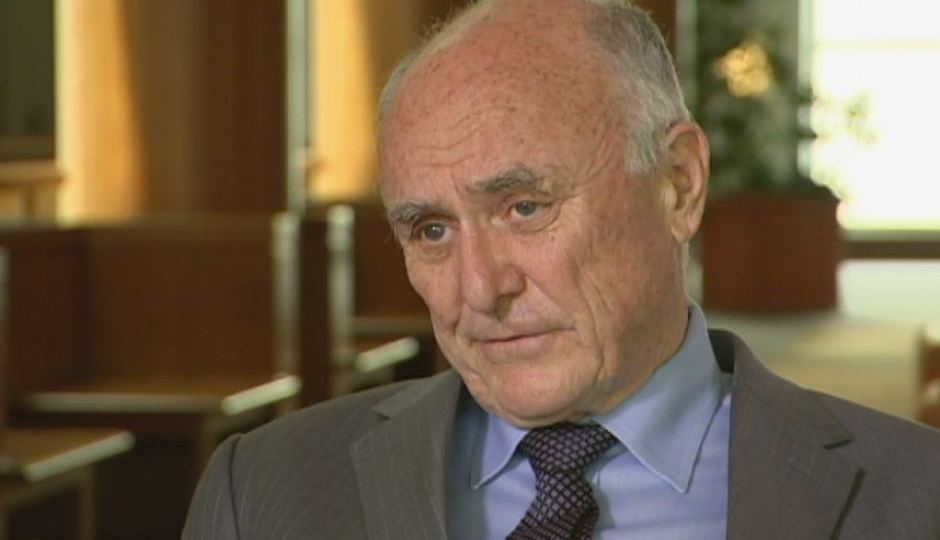 Employers found to have engaged in deliberate and systemic underpayment of migrant workers could face jail time, following a review that found wage underpayment was “widespread” and “entrenched”.

The review of regulations and protections for foreign workers found as many as half of almost 880,000 migrant workers in the country may be being underpaid.

Industrial Relations Minister Kelly O’ Dwyer has accepted, in principle, all 22 recommendations from the Migrant Workers’ Taskforce report handed down on Thursday.

The taskforce, chaired by former ACCC boss Allan Fels, was set up in October 2016 in response to a series of migrant worker underpayment scandals, including at 7-Eleven.

A joint Fairfax-ABC Four Corners investigation into 7-Eleven revealed systemic underpayment of wages. Subsequently some stores were found to have paid staff as little as 47 cents an hour.

Despite opposition from employer groups, the report recommended that “for the most serious forms of exploitative conduct, such as where that conduct is clear, deliberate and systemic” criminal sanctions be introduced.

No tolerance for undercutting workers’ pay

Criminal sanctions, such as jail time and fines, would give a “clear signal to unscrupulous employers that exploitation of migrant workers is unacceptable, and the consequences of doing so can be severe”, the report concluded.

The taskforce also recommended that the federal government give the courts specific power to make additional enforcement orders, including adverse publicity orders and banning orders, against employers who underpay migrant workers.

Ms O’Dwyer said the government had no tolerance for those who repeatedly and deliberately underpay workers.

“The exploitation of workers in Australian workplaces is not only illegal, it harms individuals, undercuts law-abiding employers and reflects poorly on Australia’s international reputation,” she said.

But, as recommended, she said only the “most serious and egregious cases would be subject to criminal penalties, not employers that accidentally or inadvertently do the wrong thing”.

The report noted that the “problem of wage underpayment is widespread and has become more entrenched over time”.

The number of temporary migrants admitted to the country under the international student and working holiday visas has been uncapped, and growing strongly in recent years.

As at June 30, 2018, there were 878,912 people in Australia on a temporary visa with a work right. International students make up about half of this number.

“It has potential to undermine our national reputation as a place for international students to undertake their studies and may discourage working holiday makers from filling essential gaps in the agricultural workforce.”

The scheme would have the power to cancel registrations of labour hire firms that break the law, it said, and would be particularly useful in high-risk industries including horticulture, meat processing, cleaning and security.

The taskforce said the FWO should be provided with the same information-gathering powers as other business regulators, such as the Australian Competition and Consumer Commission.

The government should consider whether the FWO requires “further resourcing, tools and powers” to undertake its functions under the Fair Work Act 2009.

In 2017-18, FWO initiated 35 litigations and achieved more than $7.2 million in court-ordered penalties ($5.8 million against companies and $1.4 million against individuals). This was the highest amount of penalties the FWO has secured in a financial year.

The report said the FWO needed to have a stronger profile with migrant workers, and suggested it consider changing its name.

“The evidence now suggests that the organisation is not well known or understood,” the report said.

“Renaming the organisation would enhance awareness of the workplace regulator, which would boost its effectiveness in preventing wage exploitation.”

Ms O’Dwyer said the government had recently provided the Fair Work Ombudsman (FWO) with an additional $14.4 million to focus on the protection of migrant workers, following $20.1 million provided to the FWO in 2016-17 to crackdown on law breaking.

The government has also given $20.9 million to the Australian Taxation Office to establish the Superannuation Guarantee Taskforce and introduced new laws which, for the first time, enable the ATO to seek criminal penalties for employers who refuse to pay workers superannuation.

“Many small businesses rely on a flexible workforce and most are doing the right thing; paying award wages or sometimes more,” Ms Carnell said.

“Targeting those who undercut honest small businesses should help level the playing field.”

She also welcomed suggested changes that strengthen the Fair Work Ombudsman’s investigative powers and tougher penalties, and said the ASBFEO supports the labour hire registration scheme “in principle, as long as it is doesn’t add red tape and increase costs”.

The report made several other recommendations, including that the government establish a whole-of-government mechanism to further the work of taskforce, provide greater education for employers and workers, and commission a review of the Fair Work Act 2009 small claims process.

It also suggested extending access to the Fair Entitlements Guarantee program, which provides workers with a taxpayer-supported safety net when a business goes broke, and excluding people who have deliberately avoided their taxation obligations.