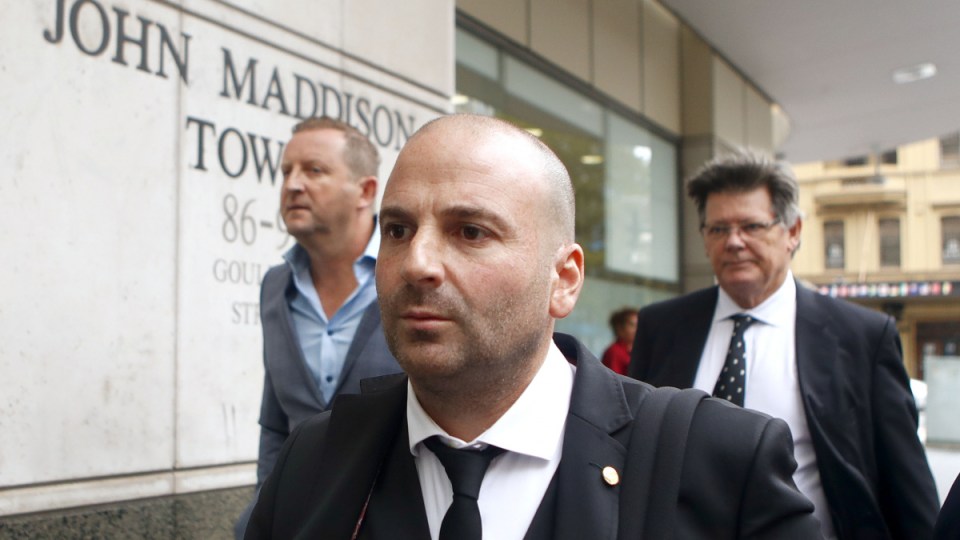 The fate of George Calombaris’ culinary empire remains unclear, as his MAdE Establishment group entered voluntary administration on Monday afternoon.

The group operates 12 restaurants and food venues in Melbourne.

Calombaris, 41, confirmed on Instagram on Monday that the past few months had been “the most challenging I have ever faced”.

“Although we have all continued to work tirelessly and overcome the many challenges we have recently experienced, it is with deep sadness and regret that today MADE Establishment has been placed into voluntary administration,” Calombaris posted.

“To all of my team, I truly regret it has come to this.

“I thank you from the bottom of my heart for your loyalty and friendship.

“I remain thankful to my family, friends, the MADE team, our loyal and regular customers. I am so sorry all our collective efforts have not proved to be enough. I’m gutted that it’s come to this.”

The decision about the future of Calombaris’s restaurant empire will affect about 500 staff at restaurants including fast-food chain Jimmy Grants and Melbourne restaurant Gazi.

A statement from administrator KordaMentha said it had been appointed voluntary administrators of 22 companies in the MAdE Establishment Group – excluding the Yo-Chi operations, which will continue to trade as usual.

“All other venues have stopped trading immediately,” the statement read.

“Employees have been paid all outstanding wages and superannuation up to the date of the appointment.”

Various media outlets had reported the celebrity chef was in crisis talks to work out if his hospitality powerhouse can be saved.

Calombaris has also put his mansion in the ritzy Melbourne suburb of Toorak on the market.

The Nine newspapers report a board went up outside the house, for which Calombaris paid $4.75 million in 2013, on Monday.

The move follows a slew of negative press that led to Calombaris’ departure from Channel 10 amid the 2019 wage-theft scandal.

The former MasterChef judge apologised last year after a Fair Work investigation revealed MAdE Establishment had underpaid staff by $7.8 million in wages and superannuation in 2017.

In a statement to ABC’s 7.30  at the time, Calombaris denied that his restaurants would close.

“We aren’t closing our restaurants, we’re here. And it’s my job as their leader to keep pushing forward and keep speaking this message, not shying away from the mistake we made, but also acknowledging that we fixed it.”

More than 500 former and current employees have now been repaid, with Calombaris also ordered to pay a $200,000 “contrition payment” by the Fair Work Ombudsman.

In the fallout from the wages scandal, Calombaris was dumped as the face of Western Australian tourism.

On Monday, Victorian Jobs Minister Martin Pakula said employees should be at the forefront of discussions about the future of MAdE Establishment.

“My thoughts and concerns would be for all of the employees of his company,” he said.

“I would hope that any conversations that are had with bankers and administrators are such that those people are able to keep their jobs.”

Since the 2019 wages scandal, some of Calombaris’s most popular restaurants have been rebranded. They include Hellenic Republic in Brunswick and The Press Club in Melbourne’s CBD.

Calombaris has stepped back as figurehead while the restaurants have been re-opened as Crofter Dining and Elektra Dining, respectively.