Why Bunnings workers’ lost super points to a much bigger problem

Bunnings’ move to repay 40,000 current and former workers $3.8 million in underpaid superannuation entitlements is the tip of the iceberg in a problem that Industry Super Australia has identified as a $5.94 billion scandal.

That’s how much Australian workers are missing out on annually through underpaid or unpaid super, and it affects 2.85 million people each year. That is about 33 per cent of all workers. 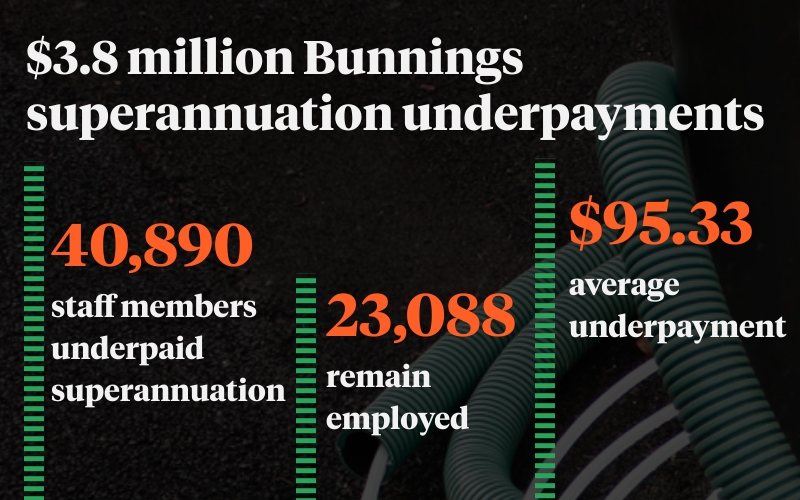 A number of high profile underpayment cases have emerged in recent months, with names like Woolworths, Commonwealth Bank and celebrity restauranteur George Calombaris caught out.

While those cases caught the headlines as “wage theft” or wage underpayments, they often involve superannuation , because that’s an entitlement that accompanies employers’ wage obligations. 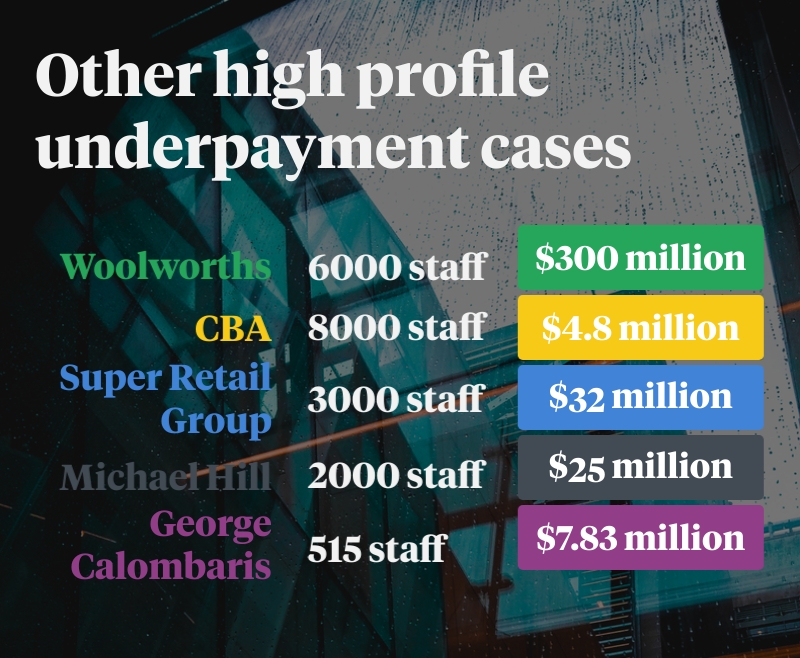 The retail industry is ripe for underpayment. It has lots of part time employees working on variable rosters and many whose incomes fluctuate around the $450 per month threshold at where super becomes payable.

Bunnings told The New Daily the underpayments were on wages part-time workers receive above a contracted annual minimum they must be paid. The shortfalls were discovered by the union [SDA] that represented the workers involved.

The unions are on the case

“The SDA continues to support members across the retail and fast food sector to ensure they are getting the correct wages and conditions, including superannuation,” said an SDA spokesperson.

“The Bunnings superannuation underpayment was only discovered thanks to the hard-work of an SDA union organiser. Since the SDA raised this issue on behalf of a member, the company has rectified the payroll code error, and has committed to back paying all workers impacted, with interest,” the spokesperson said.

A spokesman for REST Super, the super fund covering the retail sector, said the fund was working on winning back unpaid super for retail workers: “REST was able to recover more than $90 million late-paid super between February 2018 and January 2019.”

“There’s no way we can tell because there are many individual businesses and we can’t see what peoples’ wage levels are so we don’t know what the super entitlement should be,” he said.

Russell Zimmerman, executive director with the Australian Retailers Association, said there were two types of underpayment in the sector.

“There is wage theft, deliberate underpayment or nonpayment of wages which cannot be justified. If you’re supposed to pay someone $20 and hour and you pay them $10 an hour that’s done on purpose, its systematic underpayment,” Mr Zimmerman said.

“If I see a ‘cash only’ sign in a cafe when I walk in I think, ‘What is it that they are underpaying?’ ”

The second driver of underpayments in the retail sector is unnecessary complication in awards.

“There are over 950 variances in the in retail awards. There are eight levels of retail employees depending on age groups and work times. If an owner is late for work and can’t open the store then an employee might go to a different pay level,” Mr Zimmerman said.

“My guess is that if major retailers like Woolworths and Bunnings are making mistakes  then we need to simplify awards.”

“With one in three workers being ripped off by not getting their legal super entitlement – cases like these show just how widespread this problem is,” Mr Dean said.

“What we’re seeing is more and more organisations who are getting super wrong and leaving their workers worse off. It doesn’t matter whether it’s a large corporation or small business, or intentional or unintentional – at the end of the day workers are getting ripped off.

“The Federal Government needs to fix this problem once and for all – enough is enough. Instead of trying to give employers who dodge their obligations a free pass,[as current legislation does] the government needs to stop the problem at its source and make super payable on pay day.”

Why Bunnings workers’ lost super points to a much bigger problem