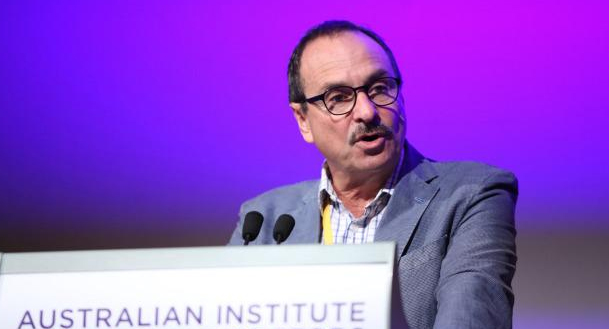 The incoming chairman of 7-Eleven has admitted the company and its franchisees failed vulnerable people, following revelations of widespread worker exploitation at the company’s Australian stores.

Michael Smith has been appointed to the position following today’s resignation of chairman Russell Withers, who stepped down, along with chief executive Warren Wilmot and general manager of operations Natalie Dalbo.

It follows a Four Corners/Fairfax investigation into underpayment of wages and exploitation of workers.

Mr Smith, the former iiNet chairman, was Mr Withers’ deputy on the 7-Eleven board.

He said the company would change its business model to ensure workers were treated fairly.

“In the end I don’t think there’ll be any fair judgment on us until we fix it and it’s been seen to be fixed in a way that’s looked after the many people that [have] been hurt by this and that it’s sustainable so that it doesn’t happen again,” he told 774 ABC Melbourne.

“There is no question that we should’ve known. There’s nobody ducking this.

“We thought of ourselves as running a very professional company with top-flight auditors and all of those things.

“It’s never been in our mind and that’s probably one of the reasons this has got away from us. It just hasn’t been in our psyche that we’re pushing a system hard, where we’re strangling franchisees financially.”

The convenience stores came under scrutiny following an ABC Four Corners investigation which revealed the company was systematically paying its workers about half the minimum wage.

Many of the staff were foreigners who were being forced to work in contravention of their visa conditions.

An inquiry into Australia’s temporary work visa program found the underpaying of staff in the convenience store chain was systemic and had been happening for decades.

“I want to stress that this has been highly embarrassing and I apologise unreservedly to any worker that has worked in a 7-Eleven store who has not been paid correctly,” he said.

On Wednesday, a statement released by the company said Mr Wilmot offered his resignation following the recent realisation of the extent to which franchisees had underpaid workers.

“Mr Wilmot acknowledged it would be difficult for him to play a central role in navigating the company through the current challenges it faces given his long-standing executive role and that a new independent CEO was appropriate in the current circumstances.”

The statement said Mr Smith would “lead an executive search process to identify a permanent candidate for the CEO role”.

Investigation into true extent of underpayment of workers

Mr Withers will remain chairman of the group holding company that has as its investments 7-Eleven and Starbucks together with real estate and a share portfolio.

“Naturally this is a major decision for me to stand aside, however I will continue to be a shareholder and I am determined to make sure the company is in the right hands to move forward,” he said in a statement.

Mr Smith said 7-Eleven had implemented a number of actions to identify the true extent of the underpayment of staff by franchisees and implement appropriate remedies, including refining the business model in cooperation with franchisees.

The company said that before the scandal broke it had been working closely with the Fair Work Ombudsman in conjunction with accounting firm Ernst & Young to investigate the allegations.

It has also recently appointed Professor Allan Fels to chair an independent panel to identify underpaid workers and determine how much they are owed.

“I don’t think it’s the solution,” he said. “I mean what you have here is two people here who, frankly, I think, have been caught out.

“Either one of two stories you can believe: Either this is the most negligent management imaginable who had no idea about the wholesale systematic exploitation of their own workers but they didn’t know what was happening, or they were covering it up.

“Frankly, both those responses, both the answers to those questions requires that they vacate their positions.”