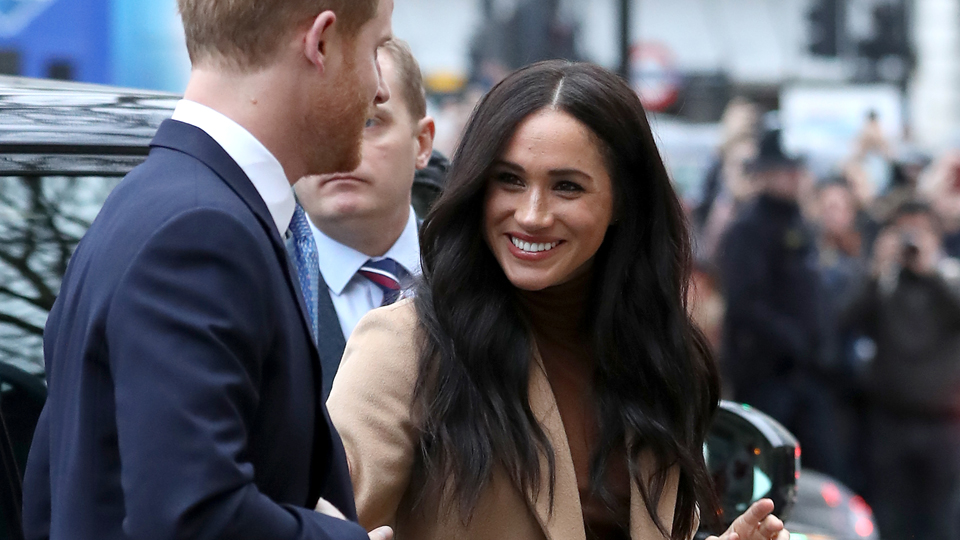 In what UK tabloids have called a “bloodbath”, Meghan Markle and Prince Harry are sacking 15 staff and closing their Buckingham Palace office.

The Sussexes are now likely to rely exclusively on US agents and publicists to handle their PR profile and business deals.

The move has been interpreted as a sign Meghan, 38, Harry, 35, and their son Archie, 9 months, may not live in the UK again.

It comes as Meghan did some self promotion, taking to the Sussex Royal Instagram account to post news that her controversial September issue of British Vogue last year was its fastest-selling issue ever.

Earlier today @edward_enninful, the Editor in Chief of @britishvogue shared: “#ForcesForChange, guest edited by The Duchess of Sussex @SussexRoyal, was our fastest-selling issue in the history of #BritishVogue ( sold out in 10 days) and the biggest-selling issue of the past decade. I can't wait to see what 2020 has in store…” • To celebrate, we wanted to share this never before seen video behind the scenes with Edward and The Duchess of Sussex on the creation of this special issue. Please note, this was filmed last August in London. Congratulations to all of those who took part in the 2019 September issue, and huge thanks to those who supported and helped make this a success! Video credit: Directed by @kloss_films Copyright @sussexroyal

When they announced their unprecedented ‘Megxit’ in January, the pair claimed they would split their time between their Windsor home and North America.

The duke and duchess told their team in person in January when they briefly returned to the UK after their seven week holiday in Canada, which ultimately turned into a permanent move.

“While one or two may be absorbed back into the royal household, most are now negotiating redundancy packages,” according to the Daily Mail’s royals editor Rebecca English.

Her offsider Richard Kay, once a confidante of Harry’s late mother Princess Diana, slammed the Sussexes for the “ruthlessness” of the move.

“How hollow those reassuring words, issued just a month ago on behalf of the couple that they would divide their time – and their responsibilities – between the UK and Canada, now sound,” Kay said.

“It now looks like little more than a slice of royal deception, sold to us to make their departure from these shores somehow more palatable.”

Buckingham Palace responded to the reports by saying it does not comment on staffing issues.

Among those being shown the door is the Sussexes’ private secretary Fiona Mcilwham, communications chief Sara Latham and programme co-ordinator Clara Loughran, who handed Meghan her bouquet on her wedding day at St George’s Chapel.

The staff is working on a series of final UK engagements for the Sussexes including a music event at the Royal Albert Hall on March 7 and the Commonwealth Day service on March 9.

Harry and Meghan may also make a lightning return visit in May for Princess Beatrice’s London wedding.

Following their first corporate job in the US on February 6 – they were reportedly paid up to $1.5 million to speak at a Florida investment summit – the couple is quietly planning their post-royal work lives.

Flying commercial, they made a secret visit to Stanford University in California this week to take part in a think tank, according to Today.

Harry and Meghan sat in on “a brainstorming session over several hours with professors and academics” on Tuesday to “help them with their ongoing work to establish a new charitable organization,” a palace source told the outlet.

They are also said to be looking for a summer home in Los Angeles, with a source telling E! they “have started to look at homes online and are in the process of interviewing security teams.

Meghan “is hoping to find something that will fit their needs,” a source said. She wants a property where she can “do meetings” and  “also be able to host friends and entertain.”

According to the Mirror, Harry’s team has held talks with controversial investment bank Goldman Sachs over future opportunities, but sources told the MailOnline that will benefit his charities, not the Sussex Royal brand.

Meghan and Harry accused of ‘ruthlessness’ after all UK staff sacked