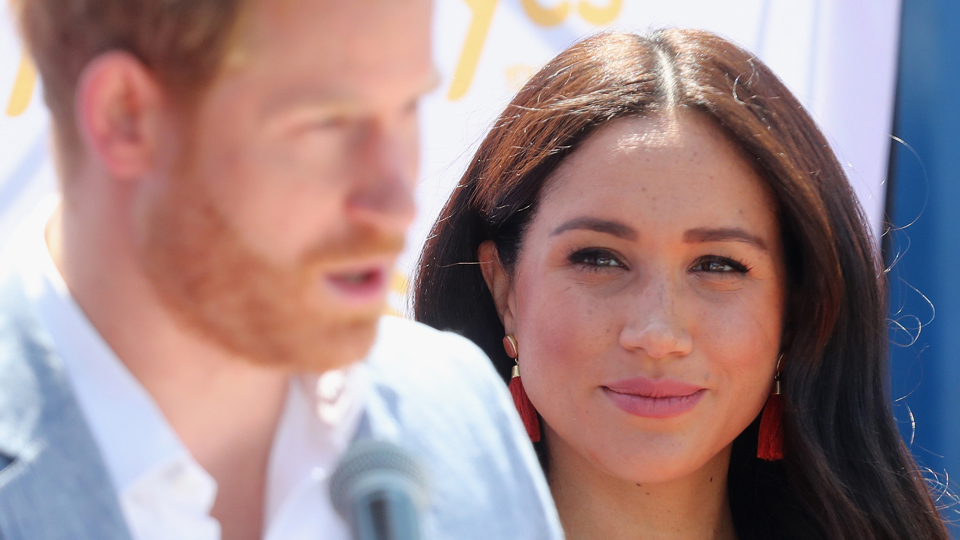 Slipping into the exclusive 1 Hotel in Miami’s South Beach on Thursday night, Prince Harry and Meghan Markle were surrounded by “a lot of security”, according to reports – but very little angst.

Breaking cover together for the first time since moving to Canada in January, the Sussexes hung out their newly-minted business shingle as keynote speakers at a private JP Morgan wealth summit for billionaires.

“It was all very hush-hush,” a source told Page Six of the headline double act by Harry, 35, and Meghan 38.

She reportedly introduced him with “words of love”, and he spoke about mental health, saying he’s been in therapy for the last three years over the 1997 death of his mother Princess Diana.

The Sussexes reportedly pocketed up to $1.5 million for their appearance, although reps for both them and JP Morgan would not comment.

The decision to rub shoulders with the likes of Magic Johnson and baseball star Alex Rodriguez was “a very smart move to get in with some of the world’s richest people,” according to a second source at the event.

Budding entrepreneurs Meghan and Harry spoke on the Alternative Investment Summit’s main stage inside a tent on the beach, the source said. It is believed they then dined privately with the conference elite.

“Harry talked a lot about his and Meghan’s decision to step down as senior royals, because of the trauma he suffered and how he doesn’t want the same to happen to his family,” the source told Page Six.

“He said despite how difficult the separation with the British royal family has been, he does not regret their decision, saying that he and Meghan are optimistic about their future.”

The pair reportedly flew to Miami on a private jet – something that got the ‘woke’ Harry and Meghan into trouble when they were still HRH – and stayed at the Palm Beach mansion of Meghan’s close friend Serena Williams.

The balmy weather was a change up from their first four weeks as non-senior royals at a $12 million rented bolthole on Vancouver Island. Harry and Meghan have been doing yoga and taking walks with son Archie, 9 months, and their dogs, according to People.

“They are enjoying the quiet life,” a source said, adding Meghan is cooking family meals: “They are real homebodies who love to chill out.”

To do that chilling out in seclusion, Harry and Meghan have done some DIY. To “ward off any curious peeping Toms,” they have installed “the latest bells and whistles in home security” at the house, as TMZ put it.

While they already had a “Home Depot ‘No Trespassing’ sign”, they’ve also added “a giant tarp that’s hanging in between trees, and at least one security camera along the beach.”

The duchess, who has a court case against a UK tabloid in the works over the publication of a letter to her father Thomas Markle, has threatened to sue media outlets using photos of the family hiking in the Canadian woods.

Sensitive to the notion the Sussexes could get cabin fever, Madonna told them to forget Canada and “sublet” her New York apartment.

“Don’t run off to Canada, It’s so boring there,” the star advised in an Instagram chat to her hairdresser, before describing her apartment.

“Two bedrooms, it’s got the best views of Manhattan. Incredible balcony – I think that’s gonna be a winner.”

Do Megan and Prince Harry want to sublet my apartment on Central Park West?? ………………🗽❌ #madamextheatre #thelondonpalladium

Tempting as it is, Madonna’s offer may not cut through because the Sussexes are reportedly making plans to spend time in Los Angeles this northern summer to be close to both Meghan’s mother, Doria Ragland, and her old Hollywood PR team.

“They’ll likely have houses in both places,” a source said.

While the Sussexes network in the sun, their unprecedented ‘Megxit’ and Prince Andrew’s exile has meant other members of the royal family have had to take up the slack.

In a flurry of activity in the past week, the Countess of Wessex – back from a royal visit to Sierra Leone – held court at a women’s networking event at the London Stock Exchange.

Her husband Prince Edward’s visit to Nigeria was featured on the Royal Family Instagram account, with one follower noting, “Never seen anyone report on Edward doing anything. This is refreshing.” 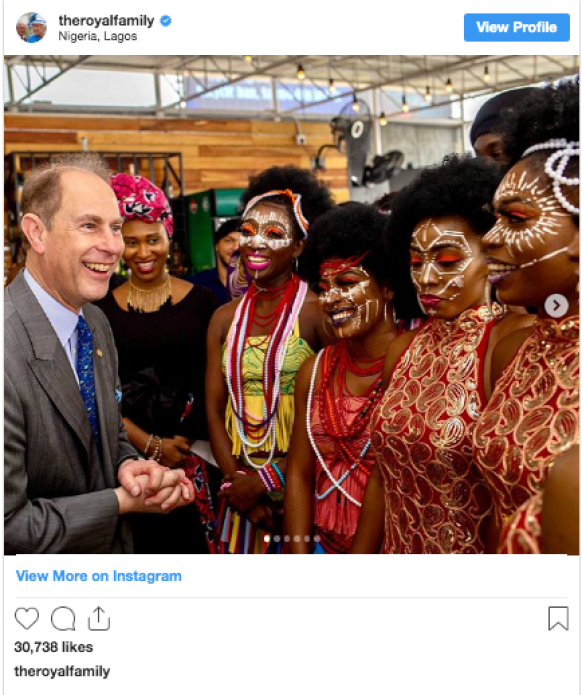 A cheery Princess Anne visited the maternity unit at a public hospital, Prince Charles held an investiture at Buckingham Palace and the Queen opened the newly-rebuilt Wolferton Pumping Station in Norfolk. The stars of the week were William and wife Kate Middleton.

Among other things, the Cambridges won at table soccer (him) and went to South Wales where they wore hard hats at a steel works, checked out a lifeboat station and had cones at an ice cream parlour.

“They look so happy,” wrote one follower. “That’s a perfect couple.”