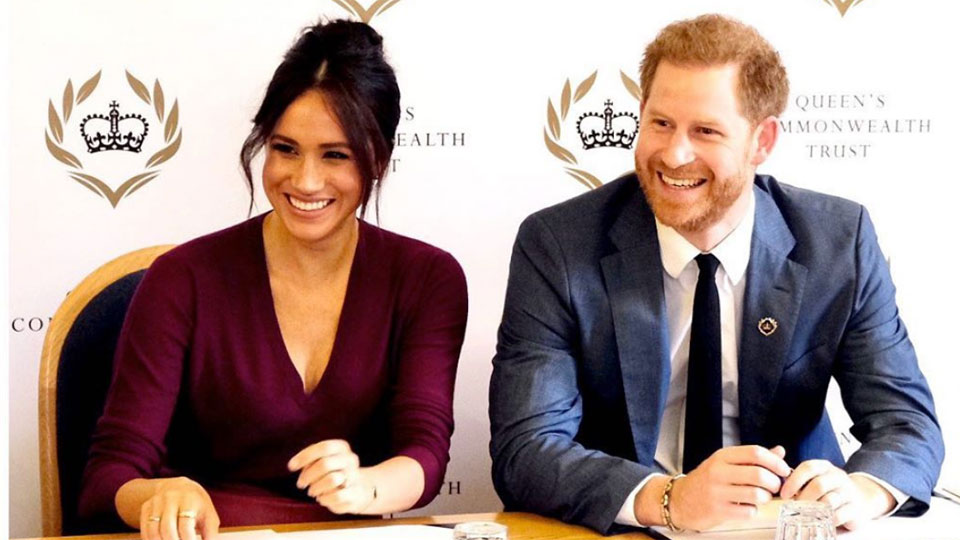 Meghan Markle and Prince Harry at a One Young World event in London on October 26. Photo: Instagram

As Meghan Markle and Prince Harry enjoy their six-week sabbatical from royal duties, various reports have them celebrating Thanksgiving in California and sunning themselves in unnamed tropical locales.

But it turns out Meghan hasn’t been building sandcastles with son Archie, seven months, or re-reading her favourite holiday book (The Dud Avocado, by Elaine Dundy) according to multiple media reports.

Instead, she’s using her time away from the spotlight – which includes missing Christmas with the royal family – to plan the US launch of her Sussex Royal foundation.

“While Harry and Meghan are technically on rest, she is not the type of woman who likes doing nothing,” a source told The Telegraph.

The former Suits star has dipped back into her one-time world and called in her old Hollywood publicist Keleigh Thomas Morgan to help.

Meghan is said to be in “full work mode” before the launch of the Sussex Royal charity venture next year, and is building a strategy to make it one of the world’s biggest philanthropic outfits.

“Meghan may officially be on her royal break, but don’t believe she is taking her foot off the gas,” a source told DailyMailTV.

“The break and Thanksgiving of course have been a time to balance the needs of her family, but you cannot underestimate what an incredible force Meghan is.”

Included in an 18-month plan is the goal of raising “tens of millions of dollars” for the foundation and “creating a legacy as a new royal” for Meghan.

Which is where Ms Thomas Morgan comes into the picture.

Meghan was a client before her engagement to Harry, and Ms Thomas Morgan is close enough to the ex-actress to have been a guest at the Sussexes’ wedding in May 2018.

The PR is helping with business relationships once Meghan has reached out to celebrity supporters and friends, including George and Amal Clooney, Oprah Winfrey and Serena Williams.

While the charity will be global, Meghan “sees Hollywood and American business circles as key to fundraising,” the source said.

“Meghan feels with the wealth in the US, focusing on fundraising stateside will bring in tens of millions of dollars quickly.”

But despite the publicist’s input, the duchess, 38, is very much “running things”, according to reports.

With Harry’s blessing, Meghan makes all the executive decisions and has complete creative control.

“This is a mission Meghan has been on for a long time. Even in her younger years in Hollywood, she wanted to work towards creating an international charity changing lives,” said the Telegraph source.

“Now that she has the platform and profile of being a British royal, she can truly build this plan … and Harry is right behind her.”

Buckingham Palace has acknowledged Sunshine Sachs is working with the Sussexes on the fundraising initiative, which is being paid for “privately”.

Meanwhile, Meghan’s jewellery designer friend Jennifer Meyer has removed all mention of the duchess from her social media accounts, reportedly at the insistence of Buckingham Palace.

Meyer, who has images of Reese Witherspoon, Chrissy Teigen and Jennifer Aniston on her Insta account, had repeatedly used photos of Meghan to promote her business.

That allegedly breached a non-disclosure agreeement, said The Sun.

The duchess wore Meyer’s designs at her New York baby shower (a $1849 ‘mummy’ necklace), when Archie made his public debut and when the family met Archbishop Desmond Tutu in South Africa.

A section on Meyer’s website dedicated to Meghan has also been deleted.

Meghan Markle is working on her brand during her holiday