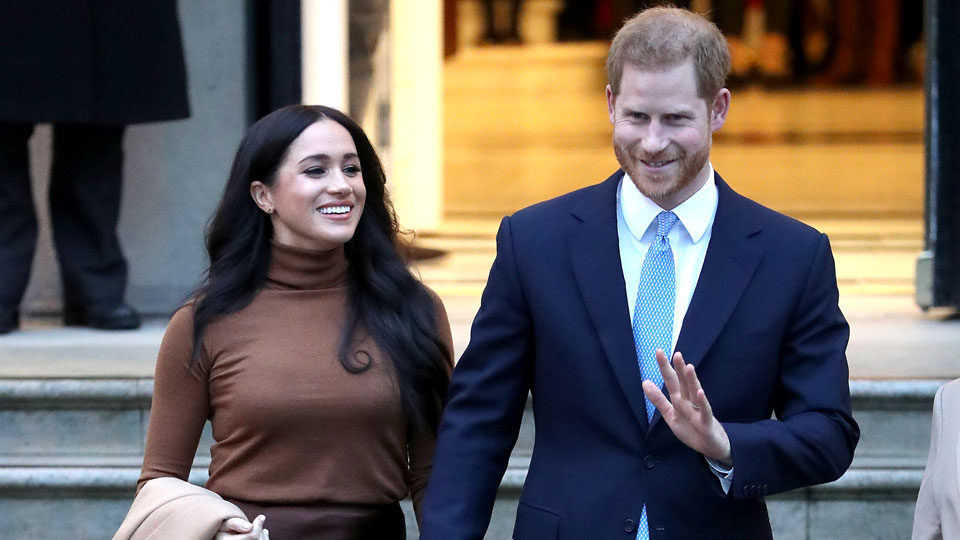 Her preference was that they remain full-time working members of the royal family, but there’s little Queen Elizabeth can now do but support Harry and Meghan’s transition to what the monarch has labelled a “new life”.

Ending days of speculation, the Queen confirmed Harry and Meghan will live between the UK and Canada as they raise their son Archie – without the public purse.

On Tuesday (Australian time), the monarch finally addressed the Sussexes’ shock plan to separate from the royal family after holding crisis talks at her Sandringham estate.

The Queen, along with other senior royals, hoped to thrash out a solution for her grandson Harry and wife Meghan’s royal lives in a way that balanced their duties with their desire for “financial independence”.

In the end, all she could do was “respect and understand their wish to live a more independent life”, a statement by the 93-year-old monarch read.

Harry and Meghan will, however, remain “a valued part of my family”, the Queen said.

She described the face-to-face talks with Harry, his father the Prince of Wales and his elder brother the Duke of Cambridge as “very constructive”.

Meghan reportedly phoned in from Canada to the crisis summit, where the Queen gave her blessing for the couple and Archie, 9 months, to “create a new life as a young family”.

“Although we would have preferred them to remain full-time working Members of the Royal Family … Harry and Meghan have made clear that they do not want to be reliant on public funds in their new lives,” the statement read.

“It has therefore been agreed that there will be a period of transition in which the Sussexes will spend time in Canada and the UK.”

Interestingly, she mentioned the word “family” six times in the six-sentence statement and the formal titles of the couple – the Duke and Duchess of Sussex – were not used by the monarch.

The Queen said there was more work to be done on finalizing future arrangements for the couple.

“These are complex matters for my family to resolve, and there is some more work to be done, but I have asked for final decisions to be reached in the coming days.”

It is unusual for the Queen to issue a statement in her own name when not paying condolences after the death of a foreign head of state or sympathising following a natural disaster or terrorist attack.

Meanwhile, Harry teamed up with Prince William to publicly denounce an “offensive” newspaper report about their relationship.

The Times, citing an unnamed source, reported that Harry and Meghan had been pushed away by “a bullying attitude” of William who had not been welcoming to Meghan.

“Despite clear denials, a false story ran in a UK newspaper today speculating about the relationship between The Duke of Sussex and The Duke of Cambridge,” said the statement issued by the offices for William and Harry.

“For brothers who care so deeply about the issues surrounding mental health, the use of inflammatory language in this way is offensive and potentially harmful.”

Queen gives her blessing for Harry and Meghan’s ‘new life’