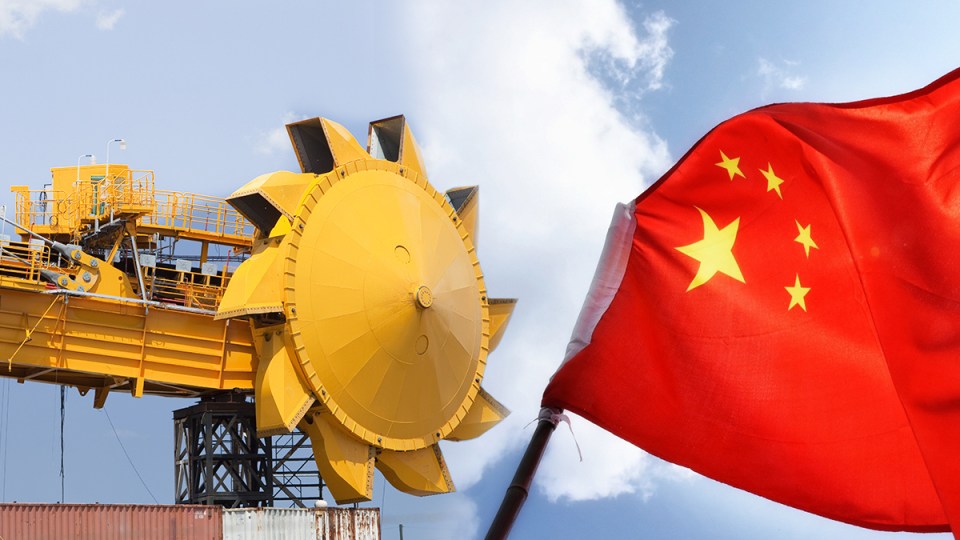 China has added coal to its list of targeted Australian exports

Trade Minister Simon Birmingham wants China to respond to reports it is drawing up a hit list of Australian exports.

“This is an unsourced claim for Chinese authorities to respond to,” Senator Birmingham said on Wednesday.

“We share those sentiments and will continue to work with China to uphold the commitments we both made under CHAFTA (China-Australia Free Trade Agreement).”

Australia sparked a diplomatic spat with China after leading calls for a global coronavirus inquiry.

China has since placed an 80 per cent tariff on Australian barley and suspended imports from four major abattoirs.

Chinese state media has also quoted ‘netizens’ – citizens of the internet – branding Australia “a giant kangaroo that acts of the dog of the US”.

The World Health Assembly has adopted a resolution to establish an independent coronavirus inquiry with the support of a record 137 nations.

The inquiry resolution does not mention China, instead committing to an impartial, independent and comprehensive evaluation of the pandemic.

“This resolution will represent a transformative moment in international disease detection and discovery,” he told reporters in Melbourne.

The US ambassador to Australia congratulated Canberra for leading the charge on the inquiry.

But China has described Australia’s claims the WHA resolution vindicated the government’s stance as “nothing but a joke”.

Senator Birmingham described the comments as “cheap politicking” on a serious issue.

Mr Hunt said those capabilities would be crucial to detect the source and transmission of diseases early on.

“We know that in a connected world we have to do this,” he said.

Australia says the inquiry has a clear mandate to look at the origins of the virus – a key issue behind the deepening rift with China.

Foreign Minister Marise Payne has called on China not to conflate trade issues with diplomatic tensions over the coronavirus inquiry.

She said trade issues should be dealt with on their merits.

China eventually supported the European Union motion after weeks of anger towards Australia over its push for an inquiry.

Senator Payne last month warned that the World Health Organisation leading the investigation would be “a bit poacher and gamekeeper”.

But she is now comfortable with the organisation’s independent oversight advisory committee conducting the inquiry.

“They serve in their personal (capacity). They are not, if you like part, of the WHO structure.”