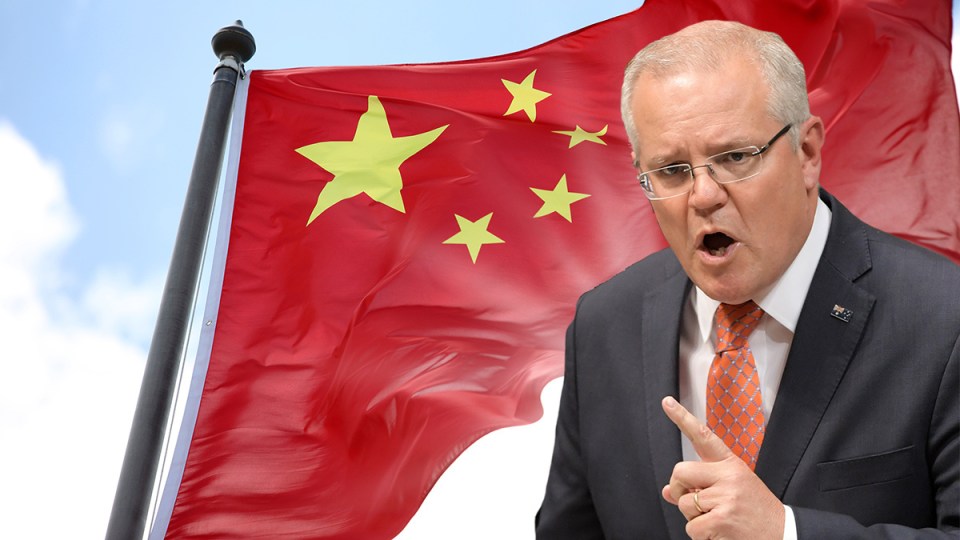 Prime Minister Scott Morrison wants the world to co-operate on an independent inquiry into coronavirus but has angered China. Photo: AAP

China has lashed out at Australia for playing politics with the pandemic after Scott Morrison called for a global inquiry into the origin of coronavirus.

The Australian prime minister will have the chance to propose an international inquiry when the World Health Organisation meets in May and he wants China to be involved.

But China’s foreign ministry spokesman has accused Australia of “politically motivated suspicion and accusation” and of undermining international co-operation to defeat COVID-19.

In one of his regular press conferences, Geng Shuang said Australia was playing “political games” and being “highly irresponsible” and advised the country to instead focus on the people’s health.

His comments, which have since been distributed by the Chinese embassy in Canberra, were in response to a question from a journalist about Mr Morrison lobbying France, Germany and New Zealand to back an independent review.

“I have noticed relevant reports. If they are truthful, then I have to say that the so-called independent review proposed by the Australian side is political manoeuvring in essence,” said Mr Shuang.

“It will disrupt international cooperation in fighting the pandemic and goes against people’s shared aspiration.

“Currently, with the pandemic still spreading across the world, the most pressing task is to put people’s life and health first and work together to defeat the virus.

“At such a critical juncture, it is highly irresponsible to resort to politically-motivated suspicion and accusation.

“We advise the Australian side to put aside ideological bias and political games, focus on the welfare of the Australian people and global public health security, follow the international community’s collective will for cooperation, and contribute to the global cooperation in fighting the virus, instead of doing things to the contrary.”

China’s terse rebuke comes amid ongoing suspicion that Beijing is playing down the extent of the virus inside its own borders, and has obscured the circumstances in which it came into existence.

Conspiracy theories about the virus escaping from a lab in Wuhan have also been gaining traction but have been rejected by many researchers who point to bats at the original source.

Beijing’s stinging criticism is in effect a warning that the Chinese regime will not tolerate questions nor criticism of its role as the pandemic’s global starting point.

“We will need an independent inquiry, that looks at what has occurred here so we can learn the lessons,” Mr Morrison said.

“Our purpose here is just pretty simple — we’d like the world to be safer when it comes to viruses,” he said.

“It seems like a pretty honest ambition that I’m sure most people in the world would agree with.

“I would hope that any other nation … be it China or anyone else, would share that objective.”

Australia’s fatalities climbed to 80 on Saturday with the death of an 83-year-old nursing home resident. He became the sixth fatality at Sydney’s Newmarch House, where almost 50 people have been infected.

A total of 6695 cases have been recorded in Australia and more than 5372 have recovered.

NSW’s death toll is at 36 as it broadens its testing regime to stay ahead of cluster outbreaks.

Global deaths linked to the coronavirus passed 200,000 on Sunday while confirmed cases of the virus are expected to hit 3 million in coming days.

More than half of the fatalities have been reported by the United States, Spain and Italy.

A study which the federal government is relying upon in its push to re-open schools found no evidence that students infected staff with COVID-19.

The National Centre for Immunisation Research and Surveillance probe looked at all 18 cases of COVID-19 found in NSW schools.

Researchers tracked the nine teachers and nine students along with their 863 close contacts and found only two extra cases of COVID-19 – both students.

“We have seen an extraordinarily low rate of transmissions in schools,” Prof Macartney said.

The federal government is increasing pressure on the states to return schools to normal as soon as possible, while jurisdictions continue to take a range of approaches.