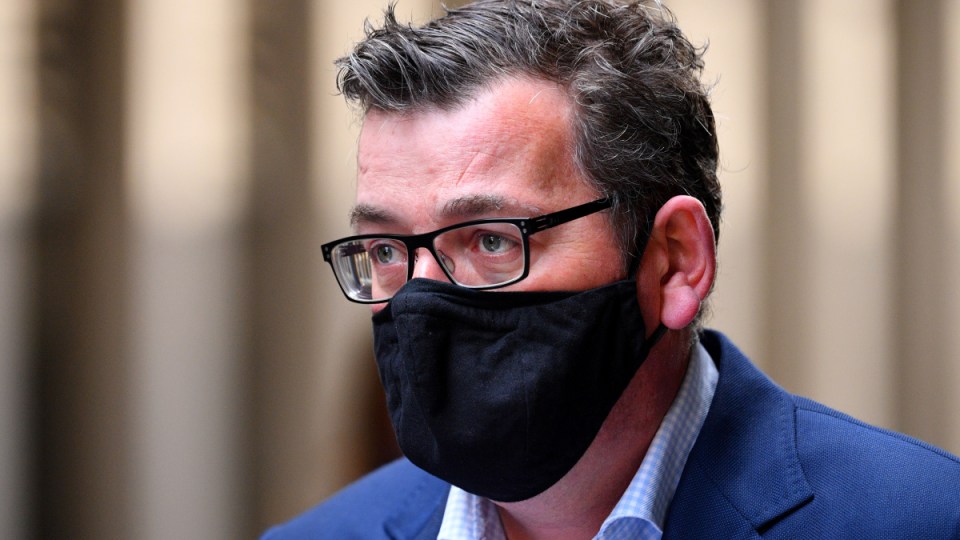 The war of words between the Victorian premier and the federal government has intensified after Daniel Andrews fired back at criticism of his state’s road map out of lockdown, warning of a false dawn if coronavirus infections return.

Mr Andrews said comparisons between Melbourne and NSW were neither helpful nor accurate.

It followed claims by Prime Minister Scott Morrison and federal Health Minister Greg Hunt – a Victorian Liberal – that Sydney would be under curfew if Victorian standards applied.

NSW had nine more COVID cases on Tuesday, while Victoria had 55 and eight fatalities. The deaths took Australia’s pandemic toll to 770.

Mr Morrison has labelled the Andrews government’s controversial post-lockdown plan, revealed on Sunday, as a “worst-case” scenario as he applied pressure to the under-fire state government.

“I’d say to the Prime Minister, the worst-case scenario is being open for three or four weeks and then closed down again,” Mr Andrews said in Melbourne on Tuesday.

“The only way – the data, the doctors, the science [prove] – the only way to go is to do this in safe and steady steps.”

Victoria has set ambitious triggers to move between stages of reopening the economy, with November’s major step reliant on having no new coronavirus cases for two weeks.

Mr Andrews insisted he maintained a good relationship with Mr Morrison, despite the federal government ramping up attacks on Victoria in recent days.

“I’m not in any doubt that he, just as I, understands there’s no place for politics in this,” he said.

“This virus will not be defeated by playing politics. It’ll be defeated and put back into a manageable place by all of us being focused on working as hard as we can in as unified way as possible.

“I will continue to work closely with the Prime Minister and his team. We’re grateful for the partnership that we have, but in my judgment – if I can be so bold as to have a judgment on these things – I think I’ve got some insight into what’s happening here in our state.”

Mr Hunt, who also disagrees on the length, time and thresholds of the Victorian plan, embarked on a media blitz on Tuesday – his criticism of Mr Andrews’ plan was aired on the ABC, commercial networks and Melbourne 3AW radio.

He said he wanted to see the data underpinning the “enormously difficult standards” the road map outlines.

“I think it should be provided not just to the Commonwealth but released publicly,” he told the ABC.

Mr Hunt compared the Victorian response to harsh lockdowns in the Chinese city of Wuhan, where the coronavirus is believed to have originated.

“I think that will astonish people when they see that comparison.”

Mr Andrews committed to ease restrictions in regional Victoria – where there were no new cases on Tuesday – based on data.

Under Victoria’s road map, Melbourne will remain under strict curfew and lockdown until the end of September.

Most restrictions on trade will remain until at least late October, while other rules will stay in place until the end of November.

There are still 238 Victorians in hospital, including 22 in intensive care.

Tuesday’s tally of 55 new cases came off a worrying low of 8704 tests.

Mr Andrews has again urged Victorians to get tested if they have even mild respiratory symptoms.

“That is less tests than we would like,” he said.

“Because cold and flu [infections are] so low, if you even have mild symptoms, the chances of you having this coronavirus are that much higher.”

Vic premier fires back at PM on ‘worst-case’ lockdown plan