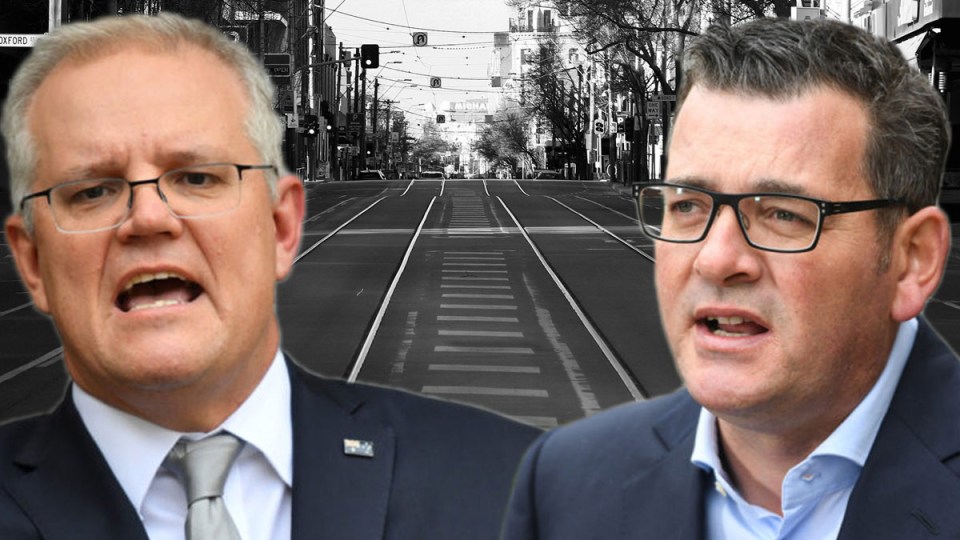 Just at a time when people’s determination to stay the course, particularly in Victoria, needs to be encouraged, the nation’s resolve is collapsing in a mire of recrimination and vested interest.

The immediate reaction of the country’s leader, Scott Morrison to the Andrews’ government’s roadmap out of COVID-19 restrictions was not support but a calculated undermining.

On Sunday night the Prime Minister and his two most senior Victorian colleagues, Treasurer Josh Frydenberg and Health Minister Greg Hunt, slammed the arrangements as “hard and crushing news”.

On Monday Mr Morrison doubled down, saying the epidemiological modelling Mr Andrews relied on will be “interrogated”, with “constructive feedback” provided.

Mr Hunt queried the validity of the model and cited divergent expert opinion without acknowledging Victoria was relying on credentialled and considered advice in the face of a huge outbreak coming only slowly under control.

The newly appointed secretary of the federal Health Department, Professor Brendan Murphy, standing alongside the Prime Minister, suggested if the Victorians had more confidence in their public health response they would not be taking “this very conservative’’ approach.

The most strident condemnation came from the normally measured chief executive of the Australian Industry Group, Innes Willox.

On ABC radio he slammed the partial and cautious business reopening over the next month as “catastrophic” and a “massive mismanagement” of consultation.

Mr Willox seemed privy to the government’s speaking notes when he said if New South Wales applied the same criteria for reopening “Sydney now would be in lockdown”.

Mr Morrison repeated this three times at his news conference, like Mr Willox seemingly oblivious to the fact the 14-day average for New South Wales is low double digits compared to Victoria still up at 100.

Premier Andrews says the comparison is wrong “because (NSW) they’ve not had the community transmission we’ve had”.

Victoria, like all the states and territories, is still signed up to the May national roadmap target of zero community transmissions.

But for the southern state to reach a management model similar to Sydney, it still needs to substantially flatten the curve created by the second wave.

Arguments about the cause of this wave, the blame shifting and finger pointing can do nothing but sap people’s confidence and lead to a deadly failure of compliance.

Mr Morrison is stressing the need for Victoria to follow the gold standard of NSW in contact tracing, conveniently ignoring his own failure to deliver a tracing app that is useful.

Claims the CovidSafe app is critical to tracing and containment have long been abandoned.

The Commonwealth and its business allies are screaming out for the need to give Australians hope.

But without the second biggest state, containing the coronavirus outbreak would be a “false hope” – as Mr Andrews says.

After the failure of hotel quarantine it is understandable that the premier is reluctant to risk a too-early easing that would only lead to an even greater health and economic catastrophe.

“These numbers are coming down, this strategy is working” Andrews says, and he’s promising to outline plans for reviving business when he has delivered “a safe and sustainable” reopening.

Mr Morrison says Victorians are being supported more by the federal government than any other state and territory.

But before he commits to any more, he wants to see what the Victorian government will do.

The Prime Minister’s message on Monday was that the mess is entirely of Victoria’s making and it has dire consequences for the nation.

Missing the point here is the Commonwealth’s contribution to the crisis  through aged-care failures in the state and the fact that Victorians are Australians who contribute billions though their income taxes to Canberra.

There is plenty of hurt, pain and despair for those running businesses, households and careers, but political posturing and demands that ignore the reality of the pandemic do nothing to fix it.