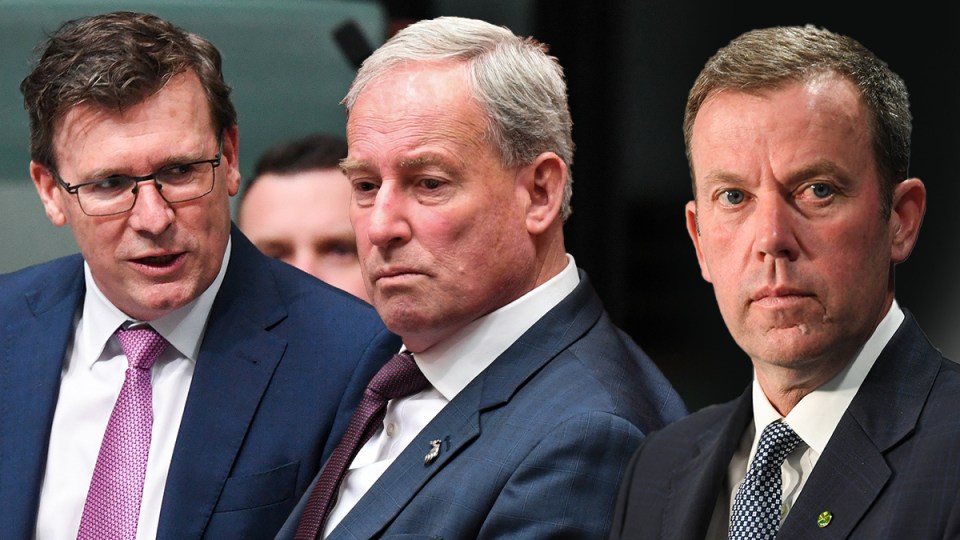 Scott Morrison has announced minor changes to his ministerial line-up, with promotions for conservatives and a demotion for Richard Colbeck.

Mr Morrison made no changes to the composition of his 22-person cabinet, merely shifting some areas of responsibility.

This included elevating the aged care portfolio into cabinet, with Health Minister Greg Hunt taking primary responsibility and Mr Colbeck demoted to a more junior role but remaining in the outer ministry.

Labor argued Mr Colbeck should have been dumped altogether after overseeing hundreds of coronavirus deaths in nursing homes.

Mr Morrison said the reshuffle was “about elevating aged care and our response to the royal commission into cabinet”.

“It’s not about the individuals. It’s about the care being provided to elderly Australians,” he said.

“It’s not about politics, it’s about people, and ensuring we have the biggest and best resource response to the aged care challenges that are very, very serious.”

The ministerial reshuffle was prompted by the retirement of Mathias Cormann, whose finance portfolio has been handed to Simon Birmingham.

His former trade portfolio has been handed to ex-diplomat Dan Tehan, who will need to draw on those skills to rebuild shattered relations with China.

“He has a technical expertise in this area, having served in a trade role as an officer for the Department of Foreign Affairs and Trade,” Mr Morrison told reporters in Canberra on Friday.

“He also brings an important rural and regional focus to this issue, and I think that’s very welcome.”

Mr Tehan’s education portfolio has gone to Alan Tudge, who will also be responsible for youth.

Mr Tudge’s position in the government has been the subject of speculation in recent months, with the Victorian MP finding himself embroiled in multiple controversies.

In September, Federal Court Justice Geoffrey Flick condemned the acting immigration minister for engaging in “criminal” conduct and behaving as if he were “above the law” when he failed to release a man from immigration detention despite the fact that he had been granted a temporary protection visa.

Justice Flick found Mr Tudge had “intentionally and without lawful authority been responsible for depriving a person of his liberty”.

In November, ABC’s Four Corners revealed that Mr Tudge had a secret extramarital affair with then-staffer Rachelle Miller, who subsequently lodged a formal complaint accusing him of engaging in workplace bullying and intimidation.

“From king of robodebt to king of student debt … there couldn’t be a worse choice for Education Minister,” Ms Plibersek wrote on Twitter.

From king of robodebt to king of student debt.

With student debt to soar under Scott Morrison’s fee hikes, there couldn’t be a worse choice for Education Minister.

Mr Morrison has also added a few fresh faces to his front bench.

Mr Hastie is a former SAS captain and outspoken China critic. Fellow West Australian Steve Irons has bowed out of the ministry to make way for Mr Hastie’s promotion.

Paul Fletcher will regain responsibility for urban infrastructure and cities in addition to communication and the arts.

Alex Hawke will switch to the immigration, citizenship and multicultural affairs portfolio, while cabinet will maintain the same number of women.

David Coleman will return to parliament and the ministry after a year of personal leave, but only as an assistant minister for mental health and suicide prevention.

Jane Hume will enter the ministry with responsibility for financial services and the digital economy.

Honoured to have been asked by Prime Minister @ScottMorrisonMP to take on an expanded role focussing not just on fintech but on Australia’s thriving digital economy. As the PM said, the digital economy is becoming increasingly important for Australia’s future & Australian jobs!🇦🇺 pic.twitter.com/jwMrylcq5h

Zed Seselja will take on international development and the Pacific.