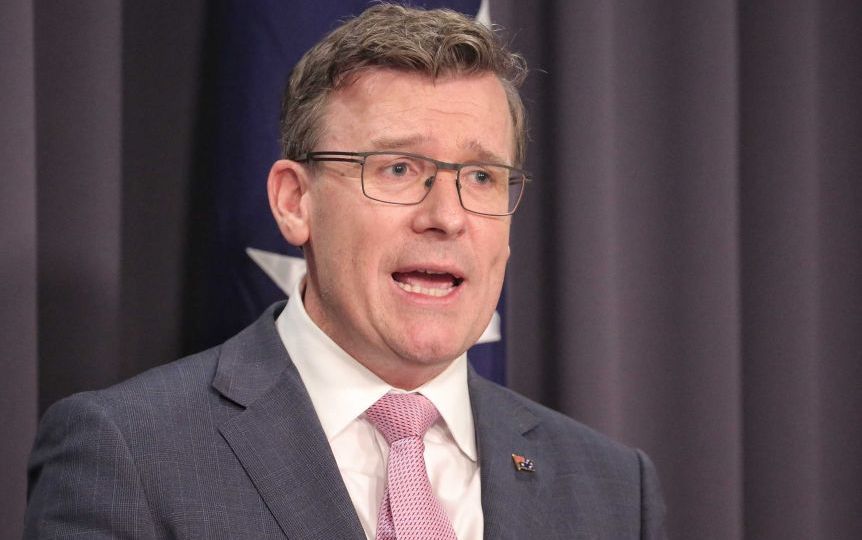 A Morrison Government Cabinet Minister has tried to dismiss a senior judge’s scathing description of his “criminal” conduct, arguing it was merely “commentary” in a broader immigration dispute.

Last month, Federal Court Justice Geoffrey Flick labelled Acting Immigration Minister Alan Tudge’s behaviour as acting like he was “above the law”, when he failed to immediately release an Afghan man from immigration detention after he was granted a temporary protection visa.

The man spent an extra five days in a detention centre, before being released into the community. During that period, Mr Tudge appealed the visa decision to the Federal Court.

Justice Flick found the minister had “intentionally and without lawful authority been responsible for depriving a person of his liberty”, and said his “conduct exposes him to both civil and potentially criminal sanctions”.

Mr Tudge on Monday hit back, arguing the character assessment was “made in commentary”, and said he would not be stepping down from his position.

“They were comments by a particular judge, which I strongly reject,” he told ABC Radio Melbourne.

Justice Flick had found in favour of the Commonwealth’s argument that the Administrative Appeals Tribunal (AAT) had made an error in law by granting the man a visa, after he had been convicted of involvement in an assault.

But, the judge would not cancel the visa because of how poorly the man had been treated by Mr Tudge.

“The key thing here, and this is important in terms of the facts of this case – it involved an individual who had arrived unlawfully who had committed a very serious, violent offence and was imprisoned as a result,” Mr Tudge said.

“The government made a decision to not grant him a visa, and that’s been consistent with many other decisions that we have made.”

Labor has been demanding Mr Tudge either stand down or be dumped from his portfolio, arguing Justice Flick’s criticism cast serious doubt on his ability to continue as a minister.

“It’s shocking to see a Federal Government minister being described by a Federal Court judge as having acted in a criminal manner,” Shadow Attorney-General Mark Dreyfus said shortly after the judgment.

He also took aim at his counterpart, Attorney-General Christian Porter, for describing immigration disputes as “robust”.

“Mr Porter should be rushing to say we can’t have ministers behaving in this way, and unless he can come up with a coherent reason for why Mr Tudge broke the law, that’s the end of the matter,” Mr Dreyfus said.