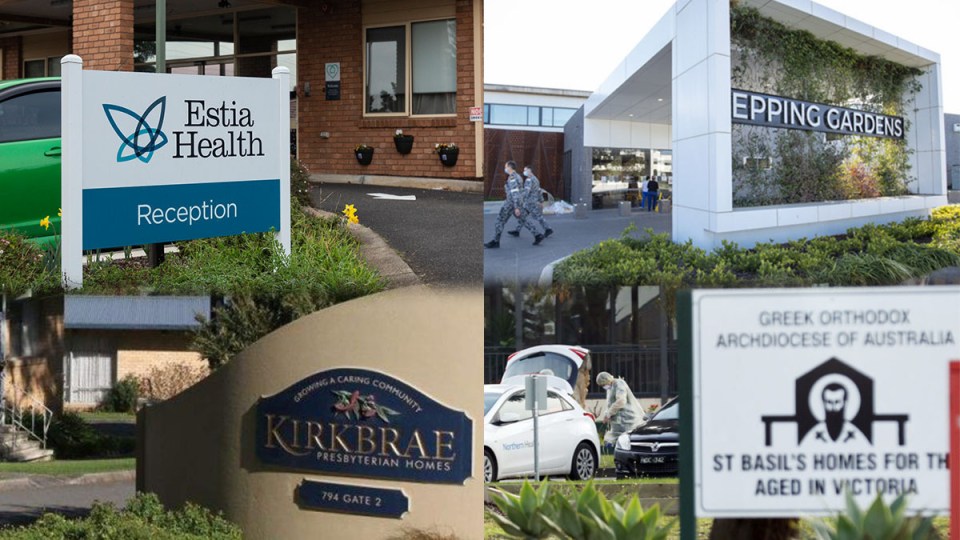 A lack of preparation, poor planning, communication failures and a frightening warning that the system is still not fixed – it has been a damning week of evidence at the aged care royal commission.

But crucial questions still linger over the federal government’s response to the coronavirus crisis in Australian nursing homes.

The royal commission into Australia’s aged-care system is unfolding as the nursing home framework creaks under the weight of the pandemic.

As government ministers and health department officials have stressed in recent weeks, the situation is unprecedented.

Of much interest this week has been health department documents revealing officials had only made plans for a situation where some 30 per cent of an aged-care home’s workforce was forced into quarantine.

Mr Rozen suggested more should have been done to anticipate situations such as at Newmarch and St Basil’s, where 80 per cent and 100 per cent of the workforce respectively were taken out of action.

“There are very few organisations in Australia, in fact, I’d struggle to name one, that has a business continuity plan for their entire workforce being absent,” deputy CMO Nick Coatsworth said on Wednesday.

But the blowtorch has been turned on the federal government for failing to learn the lessons of Sydney aged-care homes, where more than 20 residents lost their lives in the early stages of the pandemic.

Those outbreaks happened in April.

In June and July, the same issues at Newmarch and Dorothy Henderson – poor communication, slow responses, disruptions to staff – plagued the homes in Melbourne.

Despite officials saying lessons had been learned, the same problems persisted.

Some 160 people linked to aged-care homes have lost their lives in Victoria alone. More, perhaps many more, will die.

“None of the problems that have been associated with the response of the aged-care sector to COVID-19 were unforeseeable,” Mr Rozen said in his scathing summation on Thursday.

More than 1000 healthcare workers in Victoria have been infected, with reports some felt like they were “at the bottom of the Titanic”.

“There’s a lack of urgency. There’s an attitude of futility which leads to an absence of action,” claimed aged-care expert Professor Joseph Ibrahim in testimony to the royal commission, predicting hundreds more would die.

Those “futility” claims were slammed as “frankly insulting” by Dr Coatsworth.

After the Newmarch and Dorothy Henderson disasters were mopped up, the Commonwealth and NSW governments planned how to deal with further outbreaks.

But those arrangements, Mr Rozen claimed, were not applied nationally.

The failures in Melbourne have been a tragic echo of what has already happened in Sydney.

“This is what we mean when we say the aged-care sector is still not properly prepared for COVID-19,” Mr Rozen said.

On Monday, Mr Rozen said in his opening address “neither the Commonwealth Department of Health nor the aged-care regulator developed a COVID-19 plan specifically for the aged-care sector”.

That has been disputed, with Health Minister Greg Hunt on Thursday saying federal guidelines for aged care did exist, with six versions of an aged-care plan since March and $850 million for training, protective equipment and infection control.

“Every residential aged-care facility in Australia under the accreditation requirements is expected to have infection control measures in place and to have plans for when a pandemic occurs,” deputy chief medical officer Michael Kidd argued on Monday.

‘They didn’t have a plan’

Labor has cited how the federal Coalition has previously trumpeted aged-care planning.

“[Mr Morrison] said that he had a plan. He waved it around in the Prime Minister’s courtyard,” Opposition Leader Anthony Albanese said.

“What we know now from the Aged Care Royal Commission is that they didn’t have a plan.”

Scott Morrison’s COVID plan, launched in February, told Australians that: “The Australian Government will be responsible for residential aged care facilities; working with other healthcare providers to set standards to promote the safety and security of people in aged care” pic.twitter.com/8hA3bDU7sD

Mr Albanese claimed the government is “determined to avoid scrutiny at every single turn”.

Labor sources pointed out Mr Morrison has not fronted a media conference or had an interview since Monday morning – before the royal commission’s damning findings became public.

Instead, the PM delivered a pre-recorded video message on Facebook on Thursday, expressing condolences for victims.

“I want to assure that where there are shortcomings in these areas they’ll be acknowledged and the lessons will be learned,” he said in the video.

The royal commission’s COVID-specific hearings have wrapped up, but the fallout from the aged-care system’s response to – and failings in – this pandemic are far from over.