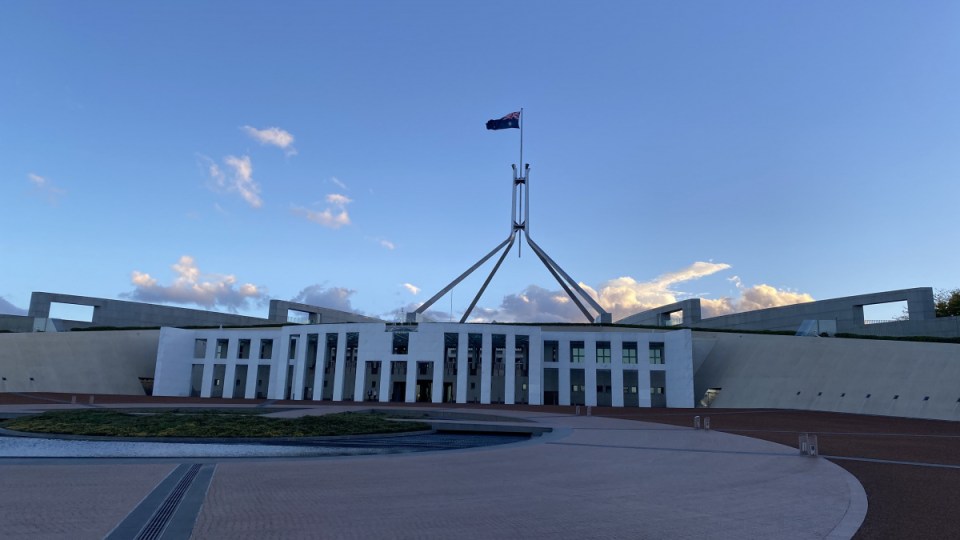 When I told Dad I was flying to Canberra as a political reporter with The New Daily, he warned me to be careful.

“You’re not going as live bait are you?” he quipped.

I laughed and said I’d be fine. I’ve dealt with creepy men before.

Working in Parliament House had long been a dream of mine, and I couldn’t wait to get on that plane.

I needed to impress my editors and I also wanted to experience the “Canberra Bubble” for myself, to see the wheels of power up close.

But the truth is, I was nervous.

I’ve been a journalist for four years, and I’ve wanted to work in Canberra since I was 14.

What I saw during my 10 days in Canberra shocked me.

It was only when I wrote it all down in a list that I realised how bad it was:

For an institution that is supposed to represent the very best of Australians, the cultural problems were worse than I’d ever imagined.

“Has it always been this bad and we’ve just never known?” asked Greens senator Larissa Waters, when I asked her how we got here.

But even she admitted this moment in history “feels huge”.

“I hope that we’ll look back on it and see it as a real turning point, because it’s such a long time coming,” she said.

“Nothing stays on the agenda for six weeks and yet this has. Let’s hope it keeps going and keeps leading to outcomes.”

Liberal cabinet minister Karen Andrews revealed she has had “an absolute gutful” of men’s poor behaviour.

“The last month in particular has been horrendous for me, for many other people here in Parliament House,” Ms Andrews told the ABC’s 7.30 on Tuesday night.

“There have been issues festering for quite some time.”

Labor frontbencher Tanya Plibersek said the past few weeks have been a “very difficult time for the people who work in this building”, adding the problem was not limited to one political party.

“I’ve had particularly young women saying to me that their parents are saying to them ‘I don’t want you to work there any more. It’s not safe’,” she said.

“What a terrible message that is – that the heart of our democracy is not safe.”

Every woman I spoke to had a story to tell about feeling unsafe or unequal.

One senior journalist conceded the culture was even worse 10 years ago, while a young Labor staffer revealed “misogyny was rife in some male circles”.

“When there aren’t women in the room – or when women in power is a novelty to them – then of course they’re going to treat us like that,” she told me.

“I think it has always been this bad, but people are only finding their voice to talk about it now.”

Of course, sexual assault and harassment are nothing new in Australian workplaces.

My most humiliating experiences were in hospitality.

As a 20-year-old waitress, a chef thrusted into the back of my head and moaned while I crouched down to grab soft drinks for a customer.

A manager at that same restaurant called me the night before a catering gig to ensure I was planning to wear “that little black leather skirt, you know the one I like”.

This behaviour was standard.

I had naively expected a higher standard in a workplace full of top ‘leaders’.

But I was faced with reality within days of my arrival in Canberra when a journalist kindly warned me about a couple of politicians known for being sleazy.

Do the people back home know they lead a double life?

Unlike other jobs, where employees typically go home to their families or housemates after work, I learned many people in the “bubble” go straight to the bars.

After working long hours under pressure and away from the realities of family life, knock-off drinks are the ideal way to mingle and to blow off some steam. There, some politicians’ standards sink with every drink.

Of course, recent revelations like the ‘desk wanker’ video show that even worse behaviour goes on back in the office.

The blame should never be with the booze. It’s time to burst the bubbles of the men responsible for this behaviour.

It was extraordinary to walk out of Parliament House on day one to see thousands of women protest against gender inequality, including a tear-jerking speech from Brittany Higgins.

But after returning from my fortnight in Canberra, I’m finding it hard to remain hopeful.

People said the nationwide rallies were a “turning point” and a “moment”, but Parliament doesn’t just need one moment.

It needs many, many more to stop dads like mine talking about “live bait” when they hear their daughter is off to Canberra.

I’ve been harassed at work, but I expected more from leaders in the ‘Canberra bubble’