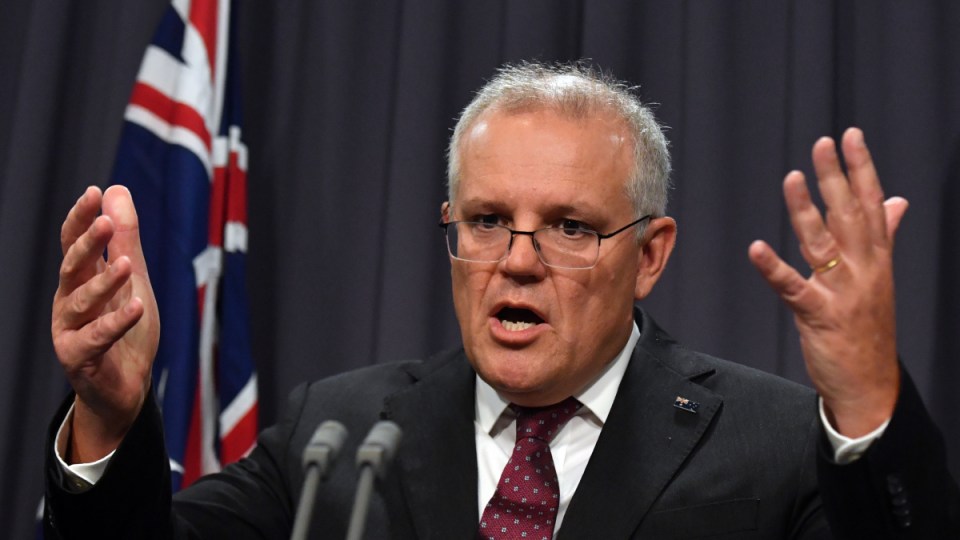 Scott Morrison has launched an extraordinary attack on a journalist and aired sensitive details of a sexual assault claim at a media briefing where he apologised for his handling of sex abuse allegations inside Parliament.

The Prime Minister appeared on the verge of tears as he acknowledged he “could have chosen different words” in responding to concerns of women about sexual assault, misconduct and gender inequality in federal politics. He also said he was “disgusted” by new vile allegations of sexual misconduct inside the offices of his MPs.

But, just minutes later, Mr Morrison went on the attack, airing detailed knowledge of an alleged sexual assault that he claimed had occurred within News Corp.

News Corp staffers spoken to by The New Daily after the press conference questioned whether the woman at the centre of the alleged incident had consented to the issue being raised publicly on national TV. The PM freely shared the details on Tuesday morning, but TND has chosen not to detail the full claim.

“You would be aware that in your own organisation that there is a person who has had a complaint made against them for harassment of a woman,” Mr Morrison told Sky News political editor Andrew Clennell, after being asked about parliamentary culture.

“That matter is being pursued by your own HR department.”

Mr Clennell had asked if the PM had “lost control” of his staff.

Mr Morrison answered: “I will let you editorialise as you like, Andrew, but if anyone in this room wants to offer up the standards in their own work places as comparison, I would invite you to do so.”

“You are free to make your criticisms and to stand on that pedestal but be careful.”

When Mr Clennell challenged that point, Mr Morrison freely offered the details of the allegation, shocking many in the room.

Questioned further on why he had shared the information, Mr Morrison said the matter “was brought to my attention late last night”.

“The suggestion was made by a member of the press gallery that things like this do not happen in the media, and I think that would be unfair,” he said.

Following his tense exchange w/ @aclennell, I asked Scott Morrison to explain how he knows about an anonymous press gallery HR complaint but was never told by anyone in his own office or @lindareynoldswa' about a rape on her ministerial couch. Watch his response… @australian pic.twitter.com/nCR36buo9f

Later on Sky News, Clennell said he was “gobsmacked” at the PM’s actions. He said he had been told no Sky News employee had been accused of sexual assault.

Several Canberra journalists told TND they were disturbed and outraged by Mr Morrison sharing the sensitive details of an alleged assault, and questioned why he had done so.

After Mr Morrison’s media conference, Labor’s Kristina Keneally claimed he had “outed” the woman allegedly involved in the allegation, and questioned whether it had been done with that person’s consent.

“It does beggar belief that somehow the Prime Minister of Australia doesn’t know about an alleged rape of a staffer in his own government… But somehow, knows something, about an unspecified allegation of something that might’ve happened at News Corp,” she said.

“How in the world does the Prime Minister think it’s OK… to talk about it on national television? To throw out there an allegation that he apparently knows about, and then quite frankly, to look like he was almost threatening the reporter.”

Just moments before the controversial disclosure, Mr Morrison had spoken of his personal response to weeks of escalating sexual assault and misconduct allegations in Parliament, and especially in the Liberal Party.

Mr Morrison admitted it had been a “traumatic month” in politics. He appeared to be apologising for his own response to allegations in recent weeks, which have been savagely criticised by many people – women and men – for appearing lacking or inauthentic.

“I acknowledge that many have not liked or unappreciated some of my own personal responses to this over the course of the last month,” Mr Morrison said.

He was referring to controversy after he said he changed his thinking on former staffer Brittany Higgins’ rape allegations after speaking to his wife, and outrage over his “bullets” comments following last week’s March 4 Justice.

“People might dislike the fact that I discuss these with my family; they are the closest people in my life to me. But is how I deal with things, I always have,” he said.

Just 11 minutes later, however, the Prime Minister angrily countered questions about his conduct by “outing” an alleged victim of sexual assault.