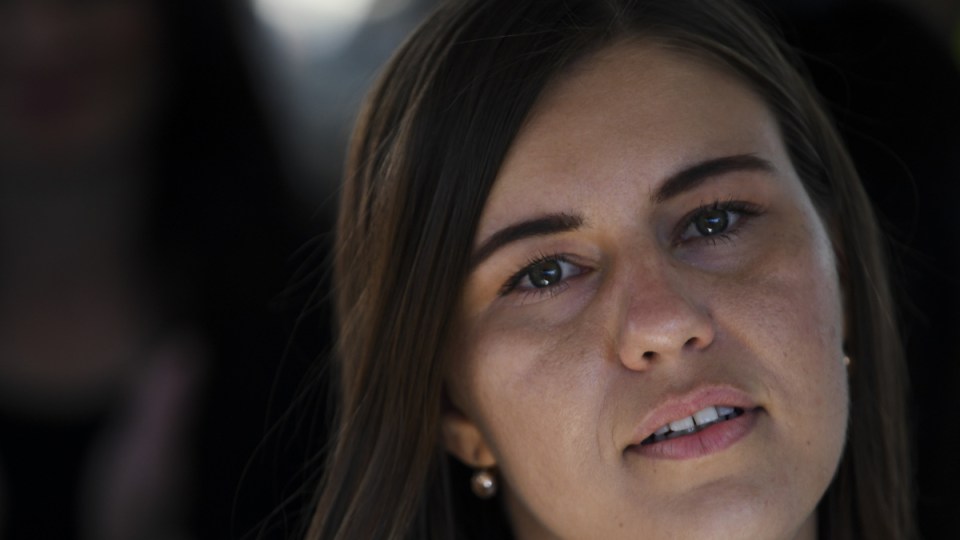 A trial date for the man accused of raping Brittany Higgins has been tentatively set. Photo: AAP

Liberal senator Eric Abetz has been accused of making outrageous “slut-shaming” comments about Brittany Higgins, with allegations he said she could have “put the security of the nation at risk”.

Tasmanian state MP Sue Hickey claims the senator labelled Ms Higgins “so disgustingly drunk…[she] would sleep with anybody” on the night of her alleged rape in 2019.

Senator Abetz has “categorically” denied the allegations, which he claimed were “defamatory”.

The New Daily has contacted his office for further comment.

As the allegations from Ms Hickey broke on Wednesday morning, the senator was actually chairing a Senate estimates hearing in Parliament House. He moved to suspend the hearing for a short period and indicated he may not return, saying “there are certain issues to which I need to attend”.

He later returned and said he was “categorically denying the mischievous assertions made under parliamentary privilege”.

Ms Hickey was recently told by the Liberal Party in her state that she would not be re-endorsed at the next election, and claimed she had been “effectively sacked”. On Tuesday, she accused an unnamed “high-profile Liberal” of making offensive remarks about Ms Higgins.

Ms Hickey said she had spoken to Senator Abetz, a 27-year veteran of federal parliament, at a Hobart city council event on March 1.

She claimed Senator Abetz, speaking about Ms Higgins, said “anybody so disgustingly drunk who would sleep with anybody could have slept with one of our spies and put the security of the nation at risk”.

Ms Hickey said she “felt sick” after the conversation.

“I accept that these are deeply held views by the Senator, however they are not endorsed by our wider community, who view this as slut-shaming,” Ms Hickey said.

She called for the Liberal Party, and those in positions to pre-select senators for election tickets, to “not reward poor behaviour”.

In a written statement, following his response in Senate estimates, Senator Abetz even more forcefully denied the claims.

“Ms Hickey’s defamatory allegations under Parliamentary privilege are categorically denied. Allegations of rape are serious matters and have always been treated as such by me,” he said.

“Ms Hickey’s suggestions otherwise is simply false. As some one who was on the inaugural committee of a women’s shelter and its honorary legal adviser for a decade prior to entering parliament, I reject outright her suggestions and gross mischaracterisation of our discussion.”

Senator Abetz said that “at no stage has Ms Hickey ever raised concerns with me about any of our conversations”, and claimed she had offered to buy him a coffee when they met again two weeks after their March 1 meeting.

Elsewhere in Ms Hickey’s statement, she said she had “casually asked” Senator Abetz about whether rape allegations against a federal MP. The identity of that person, at the time of their March 1 conversation, was still not widely publicly-known, but attorney-general Christian Porter came forward and named himself as the person at the centre of that allegation on March 3.

He strongly denies the allegations.

Ms Hickey claimed that, in their March 1 conversation, Senator Abetz confirmed the allegation was against Mr Porter, but told her “not to worry, the woman is dead and the law will protect him”.

Labor MP Julie Collins, Member for the Tasmanian federal seat of Franklin, said she was “shocked, but not surprised” by the claims.

“What awful, disgusting things to say. If this is true Scott Morrison must tell Abetz to go,” she tweeted.