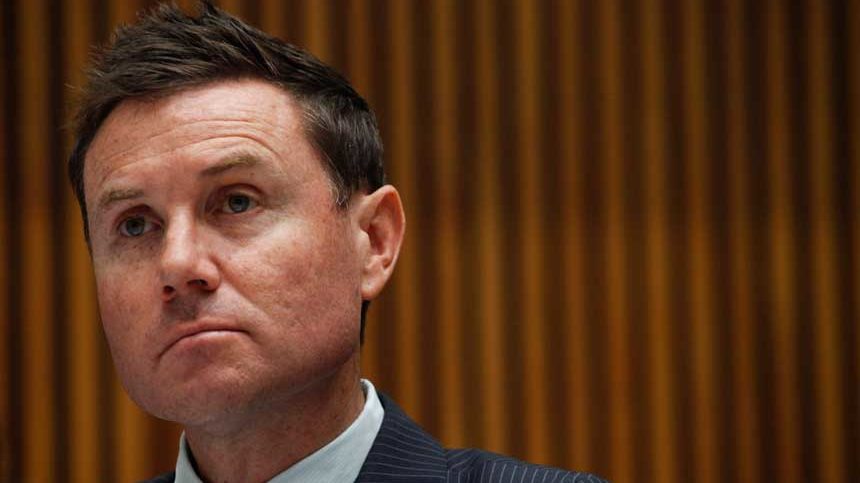 One of the women who Liberal MP Andrew Laming harassed for years says she is “disgusted” with the Prime Minister Scott Morrison’s response to the scandal.

Mr Morrison on Saturday said he would make Dr Laming undergo empathy training to help him become aware of his own behaviour after harassing two prominent women in his electorate, Alix Russo and Sheena Hewlett, over several years.

The Qld MP issued a statement late on Saturday, saying he would step down from all parliamentary roles.

“I will step down from all Parliamentary roles effective immediately and complete both the counselling courses I committed to; as well as additional clinical counselling, and ask for privacy while that is completed,” Dr Laming said in a statement on Saturday night.

“I will have more to say on my future as soon as that process is completed.

“I would like to thank my local community for their understanding during this time and assure them my electorate staff remain available to them.”

“So he apparently cares about women but clearly not when it would mean a minority government,” Ms Hewlett said.

“I am disgusted. Empathy training that’s the best he could come up with? It’s because he needs him to have majority government.”

As first reported by Nine, Ms Hewlett said she had been targeted for six years by Dr Laming with online abuse that left her fearful and distressed.

In addition to online harassment, she said Dr Laming also hid in the bushes on one occasion to take photos of her while she was at the park. She reported the incident to the police.

In another, he rang the school she works at and asked for her timetable.

“The anxiety I feel on a daily basis because of worrying what damage he could do in his position is not okay,” Ms Hewlett said.

Ms Russo said he had targeted her with verbal abuse, and falsely accused her of fraud and other business dealings.

“I want to see behaviour change and we’ve all got a job to do with that, and he certainly has a job to do on this,” Mr Morrison said.

The PM’s office did not respond to questions from The New Daily about Dr Laming.

Critics have slammed sending Dr Laming for empathy training after years of harassment as inadequate.

“At some stage, the PM has to say enough is enough,” Independent Senator Rex Patrick said.

“He needs to show leadership and have him removed from the Liberal National Party.”

Training would be a fine option if Dr Laming had forgotten to declare a small item on his statement of interests – not the harassment of two women over several years, Senator Patrick said.

“The recent series of events have shown there is a cancer running through the Liberals and the PM doesn’t know how to cure it,”  he said.

Dr Laming preemptively issued an apology to both women in parliament late on Thursday after a talking-to from the Prime Minister.

“In this climate – I willingly apologise – I didn’t even know what for at 4PM when I did it,” Dr Laming wrote, following the statement up with three tongue-sticking-out emojis and a heart eyes emoji.

“I think it’s a terrible double standard to set. It’s a criminal offence and he should not be above the law,” Ms Husar said.

“A full police investigation should be conducted and he should face the consequences like anyone else engaged in that.”

“Hatred online does not come out of the sky,” Ms Gorman said.

“If Morrison wants us to be nice to each other online, he should get his own house in order first. Our leaders should model decency, equality and respect.”

Ms Gorman said that if leaders are bigoted and misogynist it is a green light for trolls, who are trying to maintaining what they believe is their “rightful” place in society by harassing others online.

“In my view, Laming needs far more than empathy training,” she said.

“You most certainly can hurt targets in real life – and he has done this. Someone partaking in this behaviour shouldn’t have a leadership position. He’s not fit for office.”

Gender Equity Victoria chief executive Tanja Kovac said one lot of empathy training would do little to change the culture in parliament.

“When you ask what really needs to happen, it’s the culture that enables his behaviour that needs to change,” Ms Kovac said.

She said Dr Laming was a product of the culture he was bought up in, an elite all-boys school in Brisbane followed by the male-dominated LNP.

“A political party that continues to hold on to this idea that gender inequality is meritorious, instead of discriminatory, has to change,” Ms Kovac said.

“Behaviour change of one individual is not sufficient.”