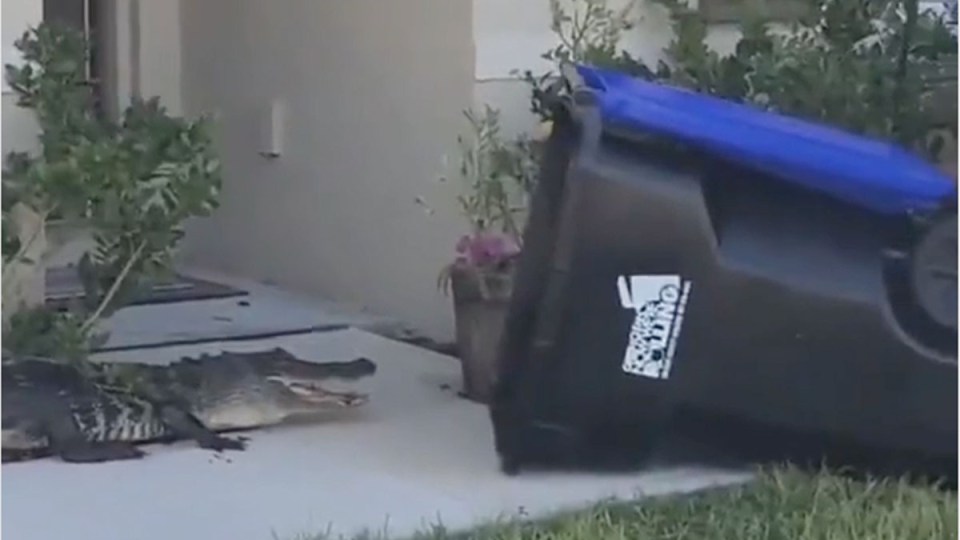 With a premier’s shock resignation and storms with a chance of tornado, this week we’re all in need of some video distractions.

Not to worry – TND has compiled our top videos from the week that was.

From hip-wiggling lizards to drone-crushing crocodiles, these videos will either have you rolling around in laughter or on the very edge of your seat.

Grab a seat and a snack – and enjoy!

The Melbourne Demons warmed hearts across Australia last Saturday when they broke their 57-year AFL premiership drought. It seems Melbourne coach Simon Goodwin isn’t the only football mastermind in his the family! Goodwin’s nephew Ned shared his passionate game plan leading up to the big day, saying “this is how we’re gonna beat the Bulldogs”. We may have just witnessed an AFL coach in the making!

That’s not your Dolly

Dolly Parton fans were very confused when the country music legend appeared on TikTok with a heart-warming message this week – only to be banned a day later. “What has Dolly done?” they asked, slamming the social media giant for removing @itsdollyparton from its server. As it turned out, this was an old clip – posted to a fake account!

#FreeBritney: ‘Elbow … in the name of the law’

In long-awaited news for the #FreeBritney movement, Jamie Spears was cut as his daughter’s conservator.  One fan was live-streaming a fitness video when it happened. No time to celebrate, with followers waiting for their cardio session, Marshall worked his elation into the routine.

These Dog Unit rookies could not remain nameless and patients at Sydney Children’s Hospital were happy to pitch in. The kids voted for their favourite names beginning with the letter ‘C’.  The females are Cody, Carrie, Carol, and Cali, while the males are Charger and Coops. And all of them are Cute!

When times are tough, dance like nobody is watching – or like an lizard – dealer’s choice. This lizard has been compared to Colombian pop star Shakira, because those hips don’t lie.

In news nobody really expected, singer Shakira posted an Instagram story this week claiming she had been mugged by wild boars.  She was walking in a Barcelona park when they attacked and destroyed her bag. For those who don’t speak Spanish (most of us) you can read the full story here.

Only in the NT

The national broadcaster was making a documentary when one of its stars got hungry. ABC cameraman Dane Hirst was filming for Crocodile Territory near Darwin when a saltwater croc lunged at his drone. Curious? Here are all the details.

Get in the bin

This Florida man came to his neighbour’s rescue to retrieve a 1.8 metre alligator from their yard. Rather than waiting for pest control, the man grabbed the closest tool at his convenience – a rubbish bin – and scooped up the monster without a hitch, and without breaking a sweat!

Not only did the man successfully snag the alligator, but he wheeled him across the road and back down to the water. Once he open the bin and tilts the gator towards the body of water, he quickly takes off and runs for his life. Phew!

Last week an earthquake, and this week keen storm chasers on Australia’s east coast have been capturing tornados. The above was shot near Horsham, Victoria, on Thursday. Meanwhile, a freak tornado caused havoc and injuries in central-west NSW.

Here’s our pick for best videos of the week