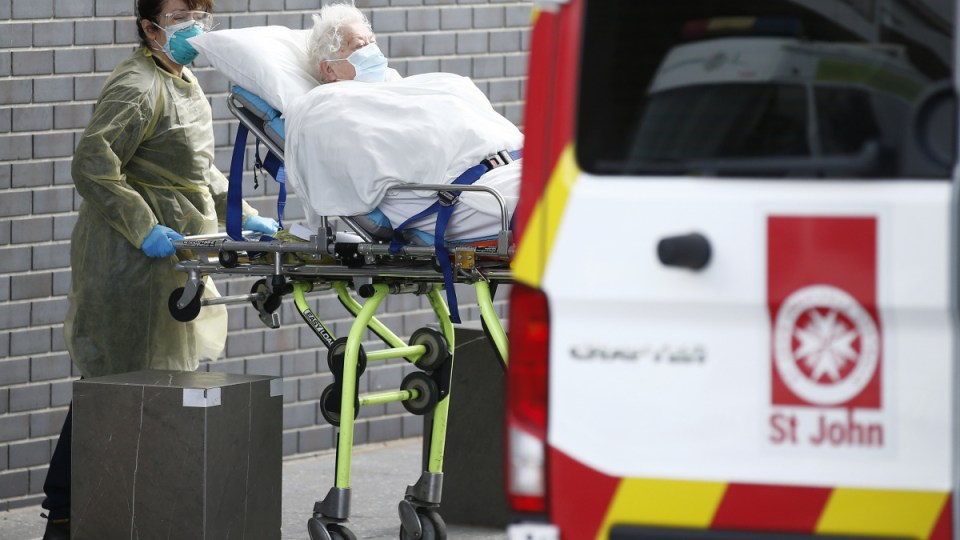 The aged care sector has been the hardest hit by the coronavirus pandemic. Photo: AAP Photo: AAP

Victoria has suffered another deadly day in the pandemic, with a heart-breaking record 59 fatalities taking its COVID toll soaring past 600.

The deaths are by far the highest reported on a single day for the pandemic yet.

The state has had 650 deaths so far from the coronavirus – easily accounting for the bulk of the national toll of 715.

However, 50 of the fatalities occurred in July and August, and have been reported as aged-care facilities comply with updated federal government requirements. The remaining nine deaths – men and women aged from their 70s to older than 100 – occurred this week (six in the past 24 hours).

“This is in relation to a reconciliation of data between private providers, the Commonwealth, and our public health team,” Premier Daniel Andrews said.

Before Friday, Victoria’s highest daily death toll was 41 reported on Monday – but it included 33 fatalities in the sector from as early as July.

The state also had 81 new COVID infections on Thursday, returning to a welcome downward trend after Thursday’s spike of 113.

Elsewhere, NSW had eight more virus cases on Friday. One of them is a returned traveller in hotel quarantine and the other seven are linked to known clusters.

NSW Health has also warned people who were at a Bunnings and an Aldi in Sydney’s west recently that they are considered casual contacts of a confirmed infection.

Queensland had no new infections, and has only 25 active cases statewide.

“Well done, Queensland and this is exactly the hard work of everybody that’s getting us to this point,” Premier Annastacia Palaszczuk said.

“Of course, we know that we’re still not out of the woods yet but I’m so pleased that we have got zero cases today.”

On Sunday, Mr Andrews will announce separate pathways for how and when Melbourne and regional Victoria will come out of their respective Stage 4 and 3 lockdowns.

There is no confirmation yet that any restrictions will be eased on September 13, and Mr Andrews has refused to deviate from his pre-set timeline for unveiling the state government’s strategy.

“I know there is a lot of commentary around at the moment in relation to many in the business community. I fully appreciate and understand the pain and the challenge that those businesses are facing,” he said on Friday.

Victoria still has 2060 active coronavirus infections (including 124 in regional areas).

Chief health officer Brett Sutton said the state had arrived at “the stubborn tail of the epidemic curve”.

“It’s an overall increase of 79 [once duplications are removed], so still trending down in terms of the seven-day average. But it is stubborn,” he said.

On a positive note, Friday’s infection numbers came from more than 25,000 tests. Professor Sutton warned against complacency earlier in the week, when test numbers fell to 13,000 – a two-month low.