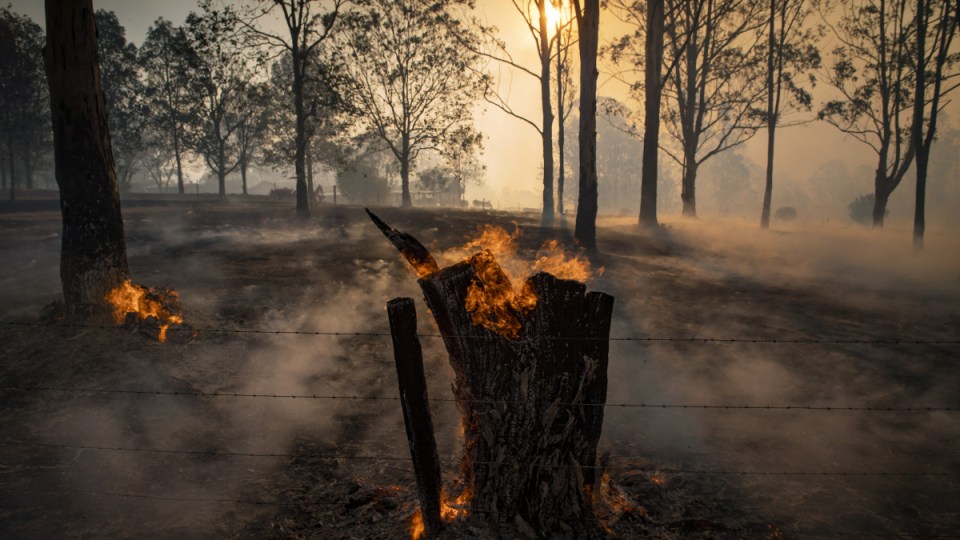 The world is watching as Australia burns and politicians squabble. Photo: The New York Times

When a mass shooting shattered Australia in 1996, the country banned automatic weapons.

In its first years of independence, it enacted a living-wage law.

But climate change is Australia’s labyrinth without an exit, where its pragmatism disappears.

The bushfires that continued raging on Wednesday along the country’s eastern coast have revealed that the politics of climate in Australia resist even the severe pressure that comes from natural disaster.

Instead of common-sense debate, there are culture war insults.

Another top official suggests that supporting the Greens party can be fatal.

And while the government is working to meet the immediate need – fighting fires, delivering assistance – citizens are left asking why more wasn’t done earlier as they demand solutions.

Australia is not the only country where the threat of climate change has largely produced inaction or failed promises.

President Donald Trump has done everything he can to erase the United States’ climate policy even as dangerous fires ravage California.

Canada and South Korea are far from meeting their targets to cut emissions in line with Paris climate agreement commitments.

But in Australia, where coal is king and water is scarce, the country’s citizens have spent the week simmering with fear, shame and alarm.

As an 800-kilometre stretch from Sydney to Byron Bay continued to face catastrophic fire conditions, with 80 separate blazes burning and at least three deaths reported, Australians have watched, awe-struck, as life-changing destruction has been met with political sniping.

Michael McCormack, the No.2 official in the conservative government, kicked it off Monday, telling listeners of the country’s most popular morning radio programs that fire victims needed assistance, not “the ravings of some pure, enlightened and woke capital city greenies”.

Barnaby Joyce, the government’s special envoy for drought assistance, followed up by suggesting that two people killed by fires near a town called Glen Innes over the weekend might have contributed to their own deaths if they supported the Greens.

But a Greens party senator responded with his own outrage: He said the major parties were “no better than arsonists”, an insult carrying special weight for the world’s most arid inhabited continent.

“The higher the flames in the bush, the lower the politics,” blared a headline in The Sydney Morning Herald.

While the latest conflict has flared as smoke fills the skies of Sydney, its roots go back years, maybe centuries.

Even as the country’s emissions continue to soar, it’s been hard to reach a political consensus on energy and climate change policy because of Australia’s mining history and a powerful lobby for one product: Coal.

“Coal is our NRA,” said Dr Harris Rimmer, referring to the National Rifle Association, which has stymied changes to gun laws in the US even as mass shootings have become shockingly common.

“They have total control over Parliament.”

The comparison has its limits. Coal is not enshrined in the constitution, as a right to bear arms is in the US, nor is it a consumer product. But like guns in America, coal helped define the country in its early years of settlement – and is still an outsize presence in Australian life.

It frequently hires federal lawmakers after they leave office, and even now politicians often defend coal in patriotic terms.

For conservatives in particular, extraction of natural resources in rural areas is a stand-in for values worth fighting for against condescending urban elites.

Just a few days before the fires, for example, Prime Minister Scott Morrison told a mining group that new laws were needed to crack down on climate activists and progressives who “want to tell you where to live, what job you can have, what you can say and what you can think”.

“Climate change has become a proxy for something else,” said Robyn Eckersley, a climate politics expert at the University of Melbourne.

What’s galling for many scientists is that the public wants the federal government to do more; polls consistently show that Australians see climate change as a major threat requiring aggressive intervention.

And the problems emerging now – fires, cyclones, heatwaves, drought, shifts in sea life and the death of the Great Barrier Reef – have been predicted in the public record for years.

In 2000, a Senate committee report criticised the government for a lack of action, stating that “Australia’s per capita emissions have shot to the highest in the world”, making more than 100 recommendations for both reducing emissions and adapting to a more dangerous environment.

“Australia will be very negatively affected by climate change given the size of its land mass,” the report says, “its long coastline, current extremes of climate, vulnerability to cyclones and the El Niño/La Niña cycle, existing problems with soil salinity, and its economic dependence on agriculture and tourism.”

Fires have been a focus of in-depth reports since at least 2013, when the non-profit Climate Council issued its first one: “Be Prepared: Climate Change and the Australian Bushfire Threat”.

Even firefighters, who scramble the class and urban-rural divide that the government often tries to exploit, have tried to tell officials they need to confront the way that the changing climate supercharges the already dangerous threat of fires.

Greg Mullins is a former NSW fire chief who has just visited firefighters battling blazes in northern California. He has a stark #bushfire warning for Scott Morrison and his government. #abc730 @zdaniel #auspol pic.twitter.com/DLhPd3eXHr

“It would be very silly for any politician or any leader to keep their head in the ground and say we don’t need to do anything here.”

Nonetheless, for now, that is what the government is doing.

Mr Morrison, who in the past has made it clear that Australia’s economic prosperity comes first, has repeatedly argued in recent days that now is not the time to discuss climate policy or politics.

Photographed hugging fire victims, he has sought to focus on emotional and financial support.

Joëlle Gergis, a climate scientist and author, said that “it wastes the opportunity to explain to the Australian public what we’re seeing in climate extremes”.

Unfortunately, more opportunities are on the way.

Strong winds and high temperatures are predicted for this weekend, leading fire officials to warn that the blazes already burning will spread, while new conflagrations will produce more demands for help.

The pressure on the Australian government to do for the climate what it has done for other policy problems will only grow with the flames.

While Australia burns, the world watches our credibility go up in smoke