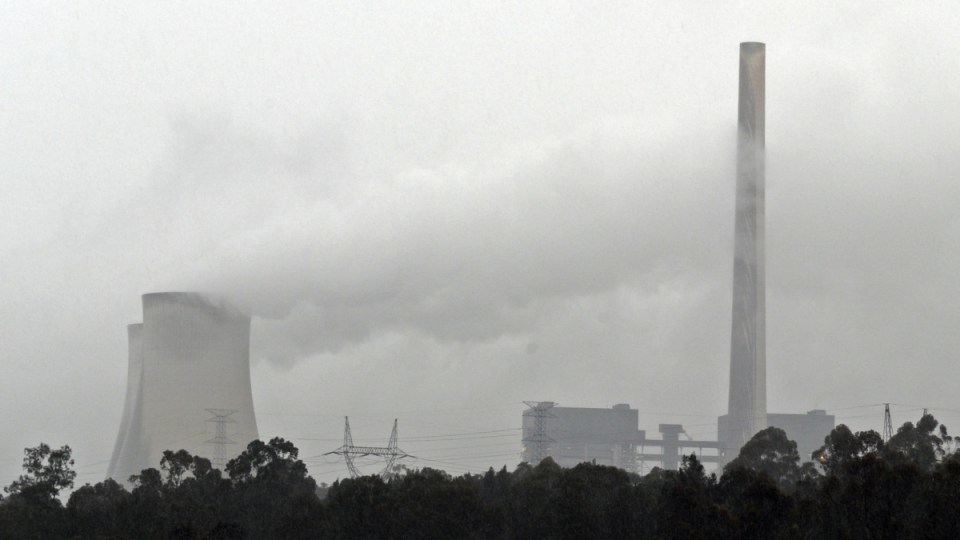 A wave of climate change litigation is about to sweep the nation, analysts say. Photo: Getty

Prime Minister Scott Morrison wants to punish activists who pressure others into withdrawing support for businesses that back fossil fuels.

While no laws have been proposed yet, the plan is to find a way to prevent environmental groups from urging banks to withdraw funds from coal mining and other industries that emit huge amounts of greenhouse gases.

Shock jock Alan Jones has become the poster boy for what has been labelled “secondary boycotts” after 2GB admitted it lost money when advertisers turned their backs on the program over his rant about New Zealand PM Jacinda Ardern.

The PM, who recently labelled climate protesters “anarchists”, has been slammed as “anti-democratic and authoritarian” for seeking to penalise the people behind “secondary boycotts”.

In his speech to the Queensland Resources Council, Mr Morrison warned “a new breed of radical activism is on the march”.

“We are working to identify a series of mechanisms that can successfully outlaw these indulgent and selfish practices,” he said.

What is a secondary boycott?

A secondary boycott is when a group or person tries to stop you from dealing with another person or business.

It is called a ‘secondary boycott’ because the instigator has no problem with the person they are pressuring directly.

Instead, they want to target the second person or business further down the chain.

Professor Graeme Orr from The University of Queensland said secondary boycotts were sometimes used by environmental groups – who would never buy coal directly or deal with Adani personally – to target companies that did.

“They’re not necessarily incorporated bodies you can put your finger on – they’re social movements,” Professor Orr told The New Daily.

“It’s both constitutional and right for people to use their influence to say ‘we don’t want to deal with you if you’re dealing with dirty coal mining or slave labour’.”

As for any tough new laws from the Morrison government, Professor Orr said we’ll just have to wait and see.

“They might just water down protections for environmental protests,” he said.

In one recent example, climate activist group Market Forces made Commonwealth Bank promise to stop funding coal used in electricity generation by 2030 by influencing enough of the bank’s shareholders.

The group is now using the same tactics to pressure other big banks.

Westpac, National Australia Bank and ANZ may even be forced to make a plan to abandon fossil fuels by as early as next year.

How effective are secondary boycotts?

The power of a loud group of ordinary people should not be underestimated.

Advertiser support for The Alan Jones Breakfast Show on 2GB radio has plummeted since August due to sustained pressure on businesses from feminist collective Mad Fu–ing Witches.

As of Wednesday, 266 advertisers have pulled out of the show.

Of those, 150 have formally withdrawn while others have simply stopped playing advertisements on the show.

The group, largely comprised of women who call themselves ‘witches’, started calling on businesses to cut advertising with the breakfast show  after its host Alan Jones encouraged Mr Morrison to “shove a sock down” the throat of Ms Ardern.

Mad Fu–ing Witches founder Jennie Hill said “the reaction was so enormous and furious that (her group) almost had no choice but to keep going and start a campaign”.

“We’ve been contacted by all sorts of people, including senior directors of banks and lawyers saying ‘we’re right behind you’,” she said, adding thousands of people had thrown their support behind the campaign.

“People should be rioting in the streets if that’s the kind of thing the Morrison government wants to do,” she said.

“Everybody either buys things or boycotts things based on their own personal beliefs and preferences, so it’s ludicrous to try to stop people from making a statement with their money.”