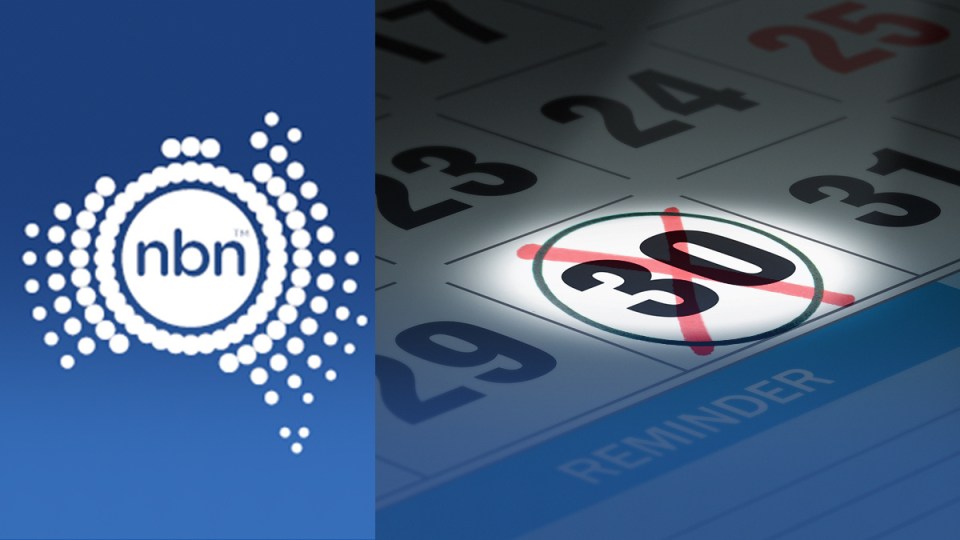 Many Australians are stil waiting to be hooked up to the NBN. Photo: Getty/TND

The national broadband network rollout is supposed to be finished by Tuesday, but more than 100,000 Australians remain unconnected.

Experts say the nation may have to wait years longer to see the project fully completed.

At the same time, its cost continues to blow out – pegged to be $10 billion over the original forecast.

The rollout deadline is June 30, but the network remains far from finished, with thousands of Australians still waiting for connections to be installed, and millions more yet to transition their internet to NBN.

The NBN Co promised to have 8.1 million homes and businesses using the service by the deadline, with 11.7 million ready to connect, but earlier this month it was revealed that more than 100,000 households and businesses in 135 suburbs could be waiting much longer.

An NBN Co spokesman defended the project as “99 per cent complete”, saying the firm was continuing to “work through approximately 100,000 premises that were difficult to reach, heritage sites and culturally significant sites”.

“We will be perpetually rolling out the NBN to new premises and continuing to upgrade the network over time,” he said.

In February, NBN Co chief executive Stephen Rue said the rollout was “well positioned” to be completed by the middle of the year, and that the firm would not be seeking additional taxpayer funds.

Experts cast doubt on the completion claims at the time, and argued that billions more will have to be spent on upgrading outdated technologies used across much of the network.

Originally slated as a network that would deliver super-fast fibre-to-the-premises (FTTP) to nearly every home and business in Australia, today’s NBN is a “mixed-technology network” with users connected to the service via a hotchpotch of seven methods – including those that rely on old copper telephone wires – with quality, speeds, and reliability varying wildly.

Under the Labor government’s proposal in 2008, fibre optic cable was to be plugged directly into 93 per cent of premises by 2021 at a forecast cost of $43 billion.

When the Coalition government took control of the project in 2013 the plan for a majority FTTP network was scrapped in favour of a “multi-technology mix” (MTM) network that the government promised would be completed sooner at less cost.

A review of the project at the time said the MTM NBN would cost about $41 billion to build, but the yet-to-be-completed network has since exceeded that by more than $10 billion.

Once touted as an era-defining infrastructure project that would deliver super-fast speeds to homes and businesses and be a backbone of Australia’s economy in the 21st century, consumers and the telecommunications industry have watched on in dismay as the network has become a “political football”.

Telecommunications analyst Paul Budde said the industry had repeatedly begged the federal government to “come up with a plan” and a time frame for upgrading the NBN to a full FTTP network.

“Obviously there is this political problem that if [the government] say ‘and now we’re going to extend it to fibre-to-the-home’, people will say ‘Why didn’t you do it in the first place?’” Mr Budde said.

One academic from a leading university told The New Daily they would not comment publicly on the state of the NBN, as the network had become “politicised”.

The incomplete MTM NBN has long since blown past the original $41 billion forecast, and is now estimated to have cost $52.5 billion, a figure that experts say will rise as the rollout drags on.

Earlier this month, The New Daily revealed that NBN Co had ramped up its rollout of copper-based broadband connections, a move telco experts said makes no sense as fibre would be both “future proof” and cost effective.

As of March 3, a total of 49,620 kilometres of copper had been bought for use in the NBN’s footprint, with nearly 7000 kilometres of new copper cabling purchased in the six months to March alone.

The cost of the copper is “commercial in confidence”, an NBN Co spokesperson said, but based on figures provided to the Senate in 2017 could now exceed half a billion dollars.

The cost of fibre optic cable has fallen significantly since the NBN rollout began.

In New South Wales, the state government is pursuing its own ‘Gig state’ FTTP broadband network, which could undercut the NBN in key regional areas.

RMIT University associate professor of network engineering Mark Gregory was one of five experts asked by the Senate Select Committee on the National Broadband Network to give their views on the network’s rollout in 2016.

Dr Gregory has been a vocal critic of the NBN rollout, describing the MTM network as an “obsolete network” that renders Australia a “third-world broadband country”.

He has also criticised the NBN Co’s lack of transparency, including the firm’s refusal to provide comprehensive data on the network’s MTM footprint to independent researchers.

Dr Gregory told The New Daily the rollout was unlikely to be properly finished before 2022.

He called on NBN Co to immediately upgrade all fibre-to-the-node (FTTN) connections, which have been plagued by slow speeds and service outages.

FTTN connections run on outdated copper technology and are “not fit for purpose” in 2020, Dr Gregory said.

Figures from the consumer watchdog’s Measuring Broadband Australia report show that as many as 20 per cent of NBN users with FTTN connections aren’t getting the speeds they are paying for.

“One in five consumers on these connections are still paying for high-speed 50Mbps and 100Mbps plans that are underperforming,’’ ACCC boss Rod Sims said last month.

So poor are many of these connections that telcos including Telstra have stopped offering high-speed plans to FTTN customers.

In May, NBN Co launched a new “Home Ultrafast” plan for residential broadband customers, which offers maximum download speeds ranging from 500Mbps to 1000Mbps depending on the strength of connection, but the vast majority of households are unable to access it.

Only 18 per cent of NBN connections have been deemed capable of delivering the speeds, including the entire FTTP footprint and an inital 7 per cent of the hybrid fibre-coaxial (HFC) footprint.

This is the first in a three-part series on Australia’s NBN rollout. Part two will be published on Tuesday.

Australia’s NBN should be finished by now, but thousands are still waiting