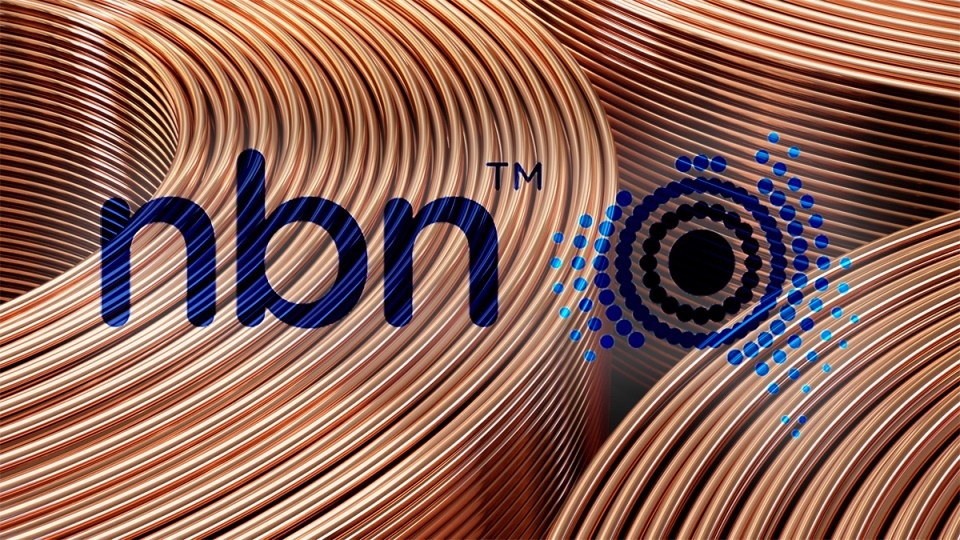 NBN Co's decision to roll out copper over fibre has been slammed as "a waste of money and a waste of time". Photo: Getty/TND

NBN Co has ramped up its rollout of copper-based broadband connections, but telco experts say the move makes no sense, arguing that fibre would be both “future proof” and cost-effective.

As of March 3, a total of 49,620 kilometres of copper had been bought for use in the NBN’s footprint, NBN Co told The New Daily.

The cost of the copper is “commercial in confidence”, an NBN Co spokesperson said, but based on figures provided to the Senate in 2017 could now exceed half a billion dollars.

Nearly 7000 kilometres of new copper cabling was purchased in the six months to March alone (up from 42,990 kilometres in October), with the $51 billion NBN rollout due to be completed by the end of the June.

“The vast majority of copper we purchase today is for use in our FTTC network,” the NBN Co spokesperson said.

“FTTC brings fibre a lot closer to homes and businesses to enable very high-speed broadband, but it sometimes requires additional copper for the premises in this footprint.”

Although copper purchases for FTTN have “greatly reduced as that part of the rollout nears completion”, the rate of copper purchases “has actually increased since February 2019 when NBN started rolling out its FTTC technology”, the NBN Co spokesperson said.

“More than two-thirds of copper purchased by NBN over the last year has been for use in FTTC,” they said.

However, industry experts told The New Daily that NBN Co’s decision to roll out copper-based FTTC connections, rather than FTTP connections using “future proof” fibre optic cable made no sense financially or technologically.

Independent telecommunications analyst Paul Budde explained slammed NBN Co’s decision to roll out copper for FTTC rather than fibre as “a waste of money and a waste of time”.

FTTC connections use copper “lead-in” cables to connect a home to fibre at the kerb, he explained.

If you have fibre all the way to the kerb, why on Earth wouldn’t you go for the last bits of fibre to the house?’’

Rolling out new copper lead-in cables rather than superior fibre-optic cables “doesn’t make sense”, Mr Budde said, as the cost of installing the cables is equivalent, and installing fibre now would save on future upgrade costs.

“If you want to future proof the network … then why not put fibre in? You have to dig up the ground, that’s the biggest cost whether [you’re installing] copper or fibre,” he said.

If you put fibre in, you are future proof. And if you put copper in, then it’s quite possible that in five or 10 years you have to dig it up again and put fibre in.’’

Mr Budde said he believed that politics had driven the decision.

“The government is totally adamant that they are not going to install fibre-to-the-home,” he said.

In my opinion the only reason why you would not put fibre in is political.’’

Associate professor in network engineering at RMIT university Mark Gregory told The New Daily he was “flabbergasted” by NBN Co’s decision to roll out more copper for FTTC over fibre.

“If they’re doing lead-in cables for FTTC, they should just simply be doing FTTP. The cost would be the same.”

Dr Gregory said that Australia’s telecommunications industry “is demanding that NBN Co commence the move to an all-fibre network”.

Last week, Telstra boss Andy Penn called for the government to develop a “long-term strategy for telecommunications in Australia”, including NBN upgrades.

“If the acceleration of the digital economy is crucial to a fast recovery, which I believe it is, then telecommunications is now arguably Australia’s most important infrastructure to this digital recovery,” Mr Penn said.

New South Wales’ state government is also pushing ahead with plans to roll out its own ‘Gig state’ fibre broadband network that could undercut the NBN in regional areas.

‘Up to a gigabit’ NBN plans, but only for some

On Friday, NBN Co launched three new speed tiers for residential broadband customers, but Australians without the right NBN connections will miss out on the fastest speeds.

The  new plans are:

Just one in five NBN customers will be able to access the Home Ultrafast plan, which promises maximum download speeds ranging from 500Mbps to 1000Mbps depending on the strength of connection.

Only 18 per cent of NBN connections have been deemed capable of delivering the speeds, including all of the FTTP footprint and an inital 7 per cent of  the hybrid fibre-coaxial (HFC) footprint.

Communications Minister Paul Fletcher said the new speed tiers were “evidence of the NBN’s substantial capacity and flexibility to deliver services to meet the current and future needs of its users”.

However, Labor communications spokeswoman Michelle Rowland said the plans were “a vindication of the original fibre plan” and raised “some troubling questions”.

Why is the Morrison government now spending money to deliver 1000 megabit speeds on HFC, when some Australians can’t even achieve 25 megabits over copper?’’ Ms Rowland said.

Under the Coalition government’s multi-technology-mix (MTM), Australians are connected to the NBN via a patchwork of seven different technologies of varying quality.

In an interview with the Australian Financial Review published on Friday, Mr Fletcher defended the MTM, but hinted at future upgrades.

According to the AFR, Mr Fletcher suggested that Australians connected to the NBN via FTTN could be upgraded to FTTC or FTTP if there is sufficient commercial demand, citing $4.5 billion in NBN Co’s corporate plan earmarked for network upgrades.

Most people don’t know what particular technology is being used to deliver their connection,’’ Mr Fletcher said.

“The corporate plan has $4.5 billion in it for upgrading the network … There’s a bit of a myth spread by our political opponents that it’s frozen in time. Not true at all.

“Any responsible board and management is going to build in upgrading of network capability.”

‘A waste of money’: NBN Co rolls out more copper instead of ‘future proof’ fibre