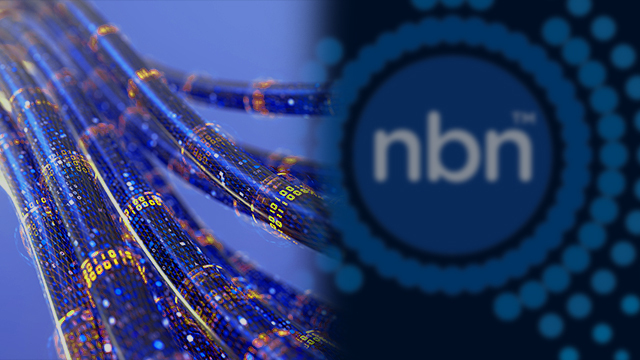 The NSW government is planning to build its own regional fibre broadband network, potentially undercutting the NBN. Photo: Getty/TND

The New South Wales government is planning to roll out its own fibre broadband network that could undercut the NBN in regional areas, despite the federal government pushing a new regional broadband tax.

The $51 billion NBN is approaching its June completion deadline, but the NSW government last week confirmed it intends to own and operate its own high-speed network in several regional towns, which would compete directly with the federal government’s mixed-technology network.

The news comes as the Morrison government’s proposed regional broadband tax, which is designed to help subsidise the cost of maintaining the NBN’s regional infrastructure, is set to go before Parliament.

The tax on retail providers of $7.10 per month per non-NBN fixed-line broadband user will come into effect on July 1, if the Regional Broadband Scheme Bill passes the Senate this week.

The funds would be used to prop up NBN Co’s loss-making fixed wireless and satellite networks in regional and remote Australia.

“Regional broadband services will be superior under the proposal because there will be a stable, long-term funding base, so NBN Co can invest in regional Australia with certainty of a secure funding base,” they said.

“In metropolitan Australia, competition will now occur on its merits as all competing fixed-line carriers are required to equally contribute to the costs of regional broadband.”

The state government will pour $100 million into the project, which is spearheaded by deputy premier John Barilaro, as part of $400 million earmarked for regional telecommunications.

In a pitch to industry last week, the Department for Regional NSW confirmed the state would own any infrastructure it funded, telecommunications news site CommsDay revealed.

The briefing materials “studiously avoid any references to the NBN”, CommsDay reported, but the “terms of the new network appear framed with competition against the NBN in mind”.

“Gig State models a range of ideal wholesale and retail prices below NBN equivalents, and specifies no CVC-style usage charges, nor installation charges for end customers where they commit to 36-month
contracts,” CommsDay’s Grahame Lynch wrote.

“This would be near impossible for NBN Co to match due to its national averaged price policy and its commercial need for access prices to meet the legacy market with usage charges to make up the slack.”

“NSW taxpayers potentially overbuilding infrastructure within the fixed-line NBN footprint is both an inefficient use of taxpayer money and undermines the economics of the NBN,” Ms Rowland said.

The federal government’s regional broadband tax would “likely tax the very network that John Barilaro wants to build”, she said.

“If the NSW government wants to address the inferior broadband imposed by their federal counterparts in regional areas, they should co-invest in a framework to upgrade the NBN, not unnecessarily overbuild it,” she said.

Building a parallel broadband network to the NBN is “a waste of resources”, and taxpayer money would be better spent upgrading the NBN, University of Melbourne professor of electronic engineering Thas Nirmalathas said of NSW’s ‘Gig State’ project.

“In my view, NBN should be approached to expand fibre solutions where there is unmet broadband demand using fixed wireless and satellite broadband offerings,” Professor Nirmalathas said.

Instead of overbuilding, state goverments could offer subsidies to upgrade the NBN and increase its fibre footprint, he said.

NBN Co has “now developed better control over design and build”, Professor Nirmalathas explained, which means upgrades to FTTP “can be explored as opposed to setting up a whole new way of building another network”.

Independent telecommunications analyst Paul Budde called for a bipartisan approach to upgrading the NBN to a full fibre network.

“Globally, there is now a good understanding that if you want to be competitive in the economy, and if you want to provide the proper services that people want in general, then you do need to have that quality broadband network,” Mr Budde said.

It’s just a matter of fact that the NBN is a second-grade network. It doesn’t provide fibre all the way.’’

Mr Budde said the telecommunications industry had repeatedly asked the federal government to “come up with a plan” and a timeframe for upgrading the NBN to a full FTTP network.

However, the NBN has become a “political football”, he said.

“Obviously there is this political problem that if [the government] say ‘and now we’re going to extend it to fibre-to-the-home’, people will say ‘Why didn’t you do it in the first place?'” Mr Budde said.

The coronavirus crisis presents Parliament with “an ideal opportunity to serve the public and society” and “come up with a bipartisan plan” to upgrade the NBN to an FTTP network, Mr Budde said.

A spokesperson for Mr Fletcher defended the Coalition’s multi-technology-mix NBN.

“The MTM has made broadband available to millions more homes and businesses than would have otherwise been the case under Labor’s approach,” they said.

“Under Labor’s plan, there would have been only seven million fixed-line premises able to connect. Instead, we now have four million more homes and businesses [11.36 million] able to choose a high-speed broadband service rather than trying to work from home on ADSL with average 8Mbps download and close to 1Mbps upload speeds.”