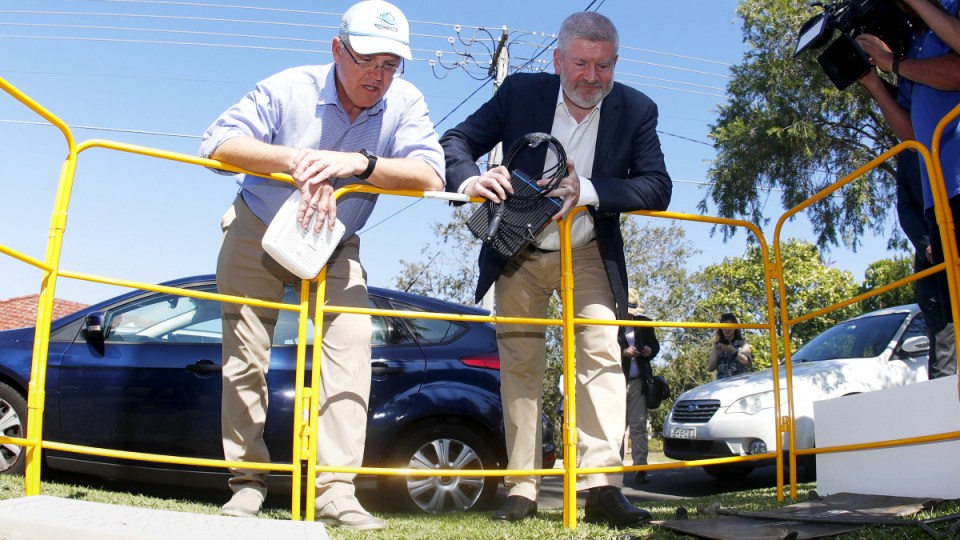 The botched rollout of the national broadband network has short-changed the public, with some customers forced to pay more for an NBN internet service no better than ADSL.

On Sunday, the Australian Competition and Consumer Commission revealed consumers are shelling out more for basic internet access under the NBN than they were for ADSL plans that provided the same speeds.

Industry experts have pointed the finger at the Coalition government’s handling of the rollout as being to blame.

“We are now observing prices of low-speed NBN plans offered to new customers that are at least $10 per month higher than what consumers paid for equivalent ADSL plans,” Mr Sims said.

There is a fundamental question of fairness here for those on low incomes.”

The NBN Co’s entry-level services should be anchored to existing ADSL pricing, the ACCC said.

“This is only fair to consumers because they have no choice but to move to the NBN as their existing services are being withdrawn.”

A spokesperson for Communications Minister Mitch Fifield said NBN prices were “not set in stone” and that NBN Co had “discounted its wholesale prices on multiple occasions”.

The firm will “continue to work with retailers and the industry to ensure a sustainable pricing model that delivers fast broadband across the country”, an NBN Co spokesperson said.

However, University of Sydney telecommunications infrastructure expert Tooran Alizadeh said the NBN “has already held Australia back in comparison to our global competition”.

“As a nation we have every right to feel betrayed because this is a national infrastructure project that only became possible because of taxpayer funding and we deserve better,” Dr Alizadeh said.

The public is yet to fully understand the scale of inequality that will be created by Australia’s patchwork mixed-technology broadband network, Dr Alizadeh said.

“Mixed-technology means mixed quality of service. Some will be better off than others without any clear indication,” she said.

What needs to be done?

On Tuesday, Labor unveiled a five-point plant to fix the NBN should it be elected to government.

In addition to a sweeping review of the network, the plan includes improving the network’s speeds and reliability, connecting low-income households, investing in fibre, and better protections for consumers and small business.

“Labor has a plan to improve NBN technology over time, but we don’t want to pretend there is a quick fix,” the party’s communications spokeswoman Michelle Rowland said.

“The problems with the NBN are so great – it’s in such a bad position – that the only way forward is to do a proper forensic review and then take advice on how to improve things,” Dr Gregory said.

“Without actually knowing the current state of affairs it would be impossible to solve the problems.”

Dr Gregory lambasted the Coalition government, and said it was responsible for rolling out “a second-rate obsolete network”  at a cost of more than $50 billion to taxpayers, with Australia now “a third-world broadband country”.

The Coalition scuttled Labor’s original plans for a network with 93 per cent fibre-to-the-premises (FTTP) coverage, instead rolling out an assortment of technologies of varying quality.

The NBN is “already not fit for purpose”, with the service unable to meet the performance requirements of cutting-edge streaming technology, Dr Gregory said.

His recommendation is a move back to FTTP infrastructure.

It would cost between $16 to $20 billion over five to 10 years to return the NBN to an all-fibre network, he said.

Meanwhile, Dr Alizadeh said it was only a matter of time before a royal commission into the NBN rollout was called.