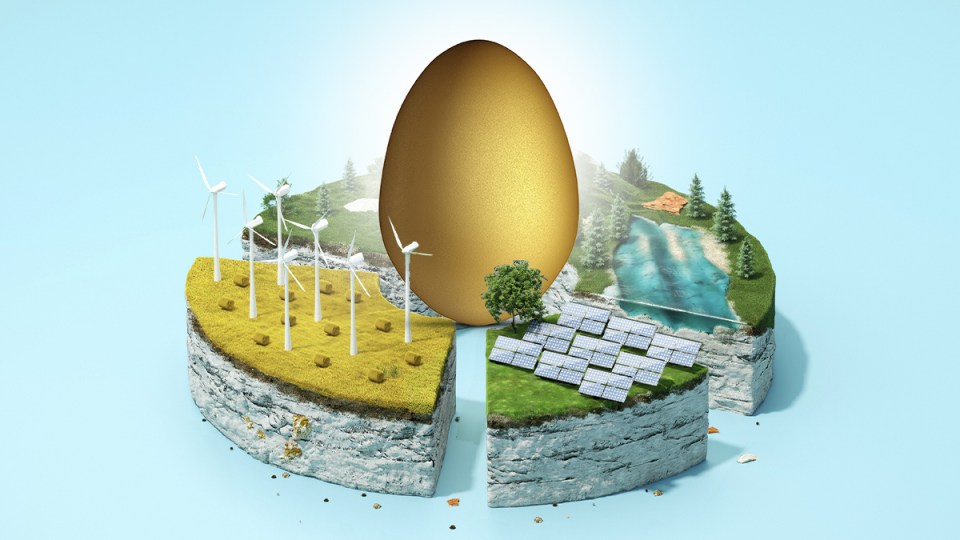 Superannuation funds are sharpening their focus on emissions reductions through the economy. Photo: TND

The Australian Council of Superannuation Investors is pledging to vote against company directors who aren’t doing enough to cut carbon emissions.

ACSI’s policy change would see directors measured on whether they meet climate risk-management targets by 2022, in a move bound to put further pressure on industry to do more for the environment.

It comes as new research shows the environmental firepower of the superannuation movement is increasing.

Those overlays restrict funds from investing in companies and industries failing their environmental and governance benchmarks.

In many cases the overlay covers all investments in the fund, which means that if you choose their growth or conservative option, for example, your money will be within the ESG parameters.

Some funds also have a separate ESG option and if you invest outside that you would not be covered by the overlay.

ACSI’s new policy stance will see it push ASX200 companies to clearly outline how they plan to reach net-zero emissions by 2050, so that they may comply with the Paris climate accords.

It’s a stance with a sting in its tail.

“Not all companies have listened to investor expectations and, in many cases, the pace of change is moving too slowly,’’ ACSI chief executive officer Louise Davidson said.

“In order to increase the focus on climate-related risks in the companies [in which] they invest, ACSI may recommend members vote against the re-election of directors.”

That is not just an idle threat as ACSI’s 37 investor members own on average 10 per cent of all ASX200 companies.

But while ACSI is serious about sanctioning companies, it will hold its trigger finger in check initially.

Action against laggards “will be done on a case-by-case basis,” the umbrella group said.

Votes against directors will only “occur following extensive engagement”.

However, any action will be highly targeted at those most accountable for oversight of climate risk.

Company chairs, as well as risk committee and sustainability committee chairs, are most likely to find themselves in the gun from 2022 when ACSI ramps up its climate oversight. 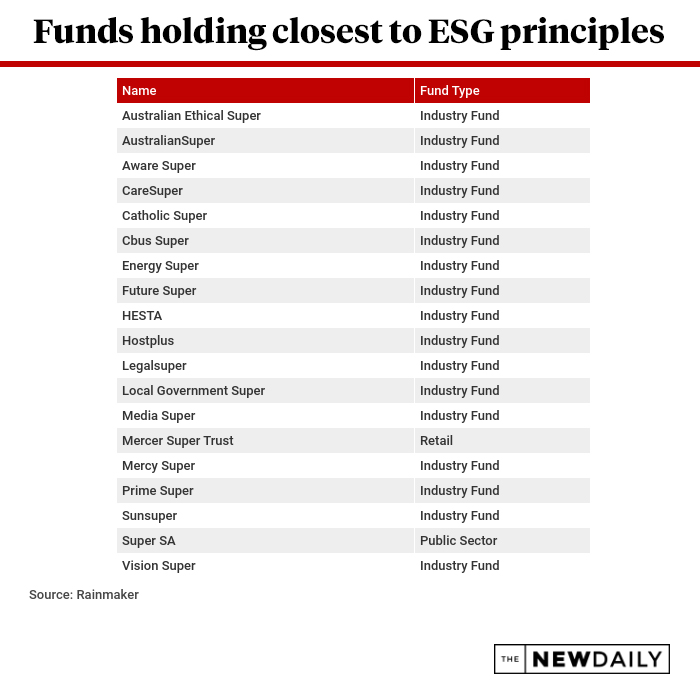 “Two years ago it was closer to 50 per cent. But a lot of big funds have moved into the space and we have groups like AMP, Colonial First State and AustralianSuper now with an ESG investment overlay,” he said.

Although the move to ESG principles is to be encouraged, Mr Dunnin said “defining what an ESG fund is can get a bit fuzzy”.

“Full transparency is not always there because not all funds fully declare what they are invested in,” he said.

However, ESG funds were far more likely to disclose.

Shares are more likely to be disclosed, with 90 per cent of ESG funds declaring most of their equity portfolios.

But transparency is weaker for other investments, with only 30 per cent of ESG funds declaring details of bond holdings and less than half disclosing their specific property holdings.

Not-for-profit funds dominate the ESG superannuation space, accounting for more than 70 per cent of ESG funds in that segment.

But Mr van de Pol said funds already had the power to take action and should not have to wait until 2022 to move.

“Voting against directors is a very useful tool – one that definitely should be used when companies are failing to address climate change,’’ Mr van de Pol said.

“It is something that is available to trustees at the moment and I would hope that where companies are falling short and directors are responsible for climate failings, funds ought to be pulling that lever immediately, including at upcoming annual general meetings this year.”

ACSI’s focus will be on energy, transport, materials and mining, which account for about 30 or 40 companies in the ASX200.

Some companies, particularly in the energy sector, are failing to keep up with decarbonisation timetables and are actually moving in the opposite direction and increasing fossil fuel output.

Mr van de Pol said in those instances “trustees should be not just voting against directors but pulling every lever at their disposal to ensure they stop exacerbating climate risk”.

Superannuation investors will vote against company directors who fail on climate