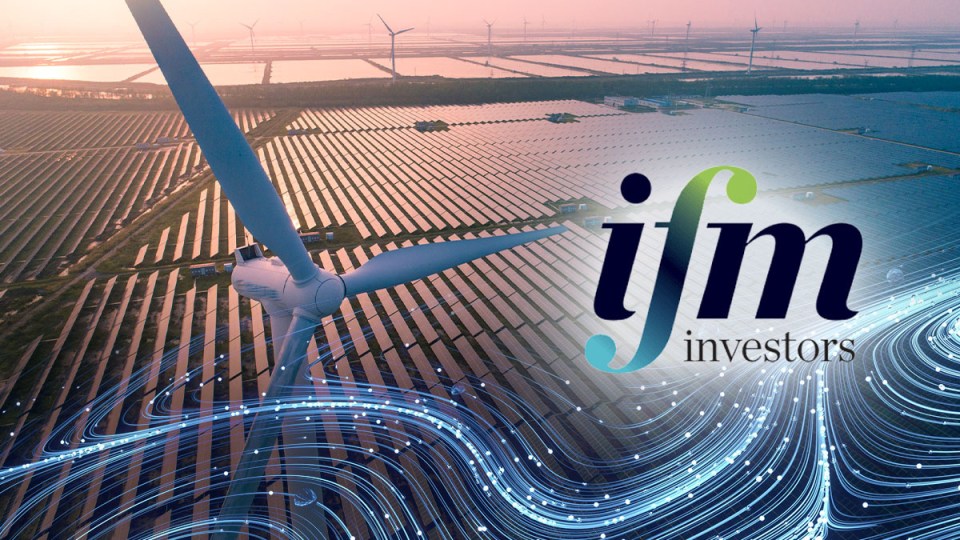 Australian outfit IFM Investors has expanded its international renewable energy reach with the purchase of US clean energy group Swift Current Energy while the local market goes into hibernation.

The deal will give IFM access to a development pipeline of six gigawatts in renewable developments.

It will effectively own 75 per cent of Swift, having bought in through its 100 per cent-owned Buckeye Partners and 50 per cent owned Nala Renewables.

The move highlights what IFM sees as the need to look offshore for big projects in the short term.

“The next opportunities will come with the early removal of significant coal-fired power generators that will draw new renewable generation into the market,” said Chris Newton, responsible investment director at IFM.

But that will be some time away.

Current projects are believed to be offering investors only five to six per cent returns while Mr Newton said IFM’s infrastructure funds “have achieved double digit growth since being founded in 2014”.

“We’ve done very well and have outperformed all our benchmarks in most years,” he said. 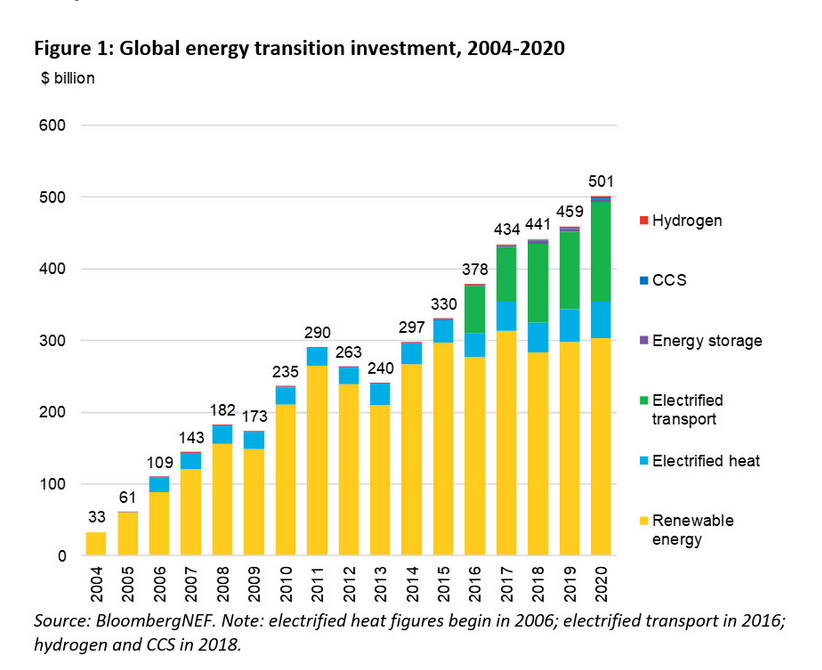 Australia’s figure, however, has declined markedly since its peak of $US9.4 billion in 2018, falling to $US3 billion last year.

Even in the US, “assets have been hotly contested in recent years,” Mr Newton said.

Buying Swift will allow IFM to avoid those steep prices by allowing it to access projects Swift has already put in place.

Anna Freeman, energy generation director with the Clean Energy Council, agreed the large-scale renewables market was in a slump.

“We are continuing to see strong levels of build, but there is a decline in financial commitments to new projects,” she said.

“A number of factors [are] driving that. The RET that was supporting development was met – with 33,000 gigawatts of renewable energy in the system – and when that disappeared we no longer had short term incentives,” Ms Freeman said.

With the target met, no new certificates are issued.

Another issue is that, while the closures of big local coal stations (Liddell 2023, Yallourn 2028) have already been announced and falling power prices mean the market expects others to follow, no one knows when.

That makes it hard to push the button on big renewable ventures.

“What we don’t have is real clarity about when existing generation will retire,” Ms Freeman said.

“We know they’re under increasing and considerable financial pressure, and governments realise they need to get in the new renewables that will replace them before the coal plans retire.

“But trying to work out the right timing to make those commitments is difficult when you don’t have any real clarity about when they’re going to exit the market.” 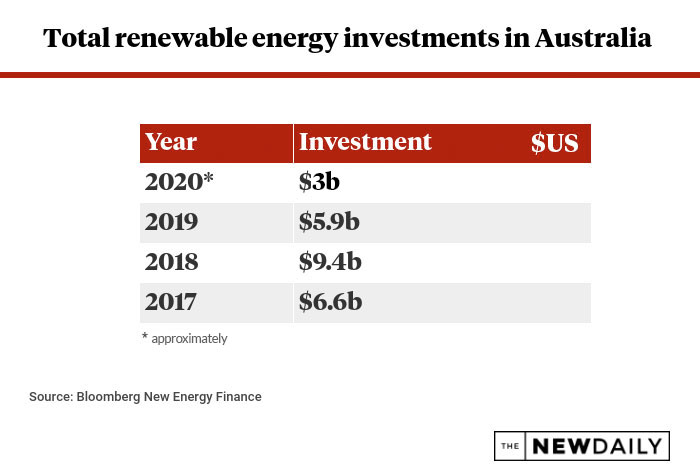 The past year has been tough on the power sector in ways that will make it particularly difficult for new solar power stations to operate successfully, said Richard Martin, managing director of industrial level solar provider AEES group.

“With COVID and the resulting decline in manufacturing, power prices have fallen at a time when there is an increase of renewable energy coming onto the grid as projects are completed. That makes the margins on new projects pretty tight,” Mr Martin said.

“New solar projects are going to need some sort of battery storage so they can sell into the market when power prices are optimum, rather than selling at times when the price is almost nothing.”

That will, in turn, put extra costs on projects that must achieve returns in a difficult market.

There are also signs that the coal generators themselves are starting to look for replacement suppliers.

“We just completed an expression of interest for Stanwell, the largest generator in Queensland, which is actively looking for mature, early stage [renewables] protects with whom they can strike power-purchase agreements,” Mr Martin said.

Meanwhile, IFM, which has $155 billion under management for 270 global and local pension and investment funds, is focusing on small-scale local renewables through its existing infrastructure investments while it waits for bigger prospects to come onto the horizon.

“Last year we developed an 11.6 megawatt system at Melbourne Airport [which it part owns] that is really attractive in terms of returns,” Mr Newton said.

IFM has similar systems in place at Darwin, Alice Springs and Tennant Creek airports, which supply the air terminals while selling excess power into the grid.