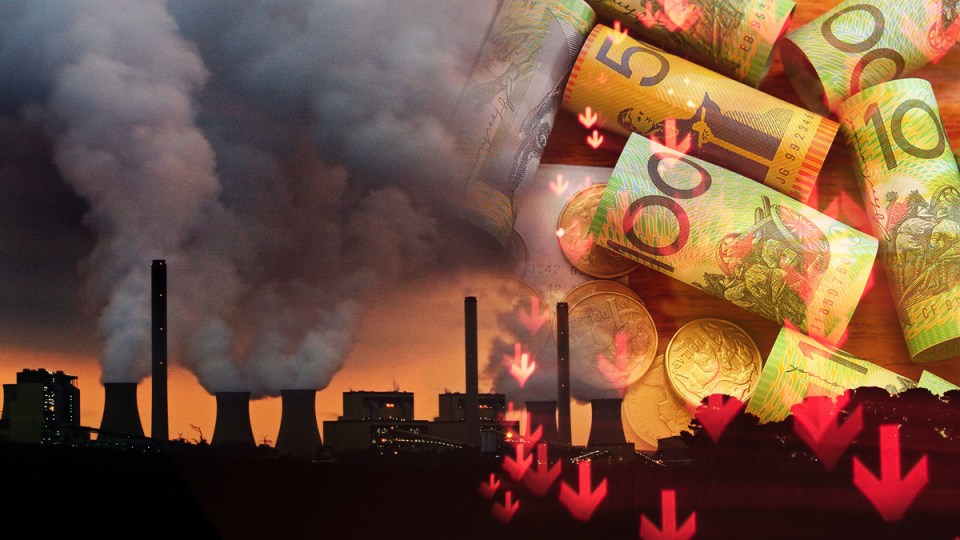 There is pressure on investment houses to push for emissions cuts. Photo: TND

AustralianSuper’s commitment to a 2050 net-zero emissions target shows how the financial sector is dragging the chain on climate action.

This week’s move from AustralianSuper brings to five the number of major funds making such a commitment.

“Given their universal ownership role in the economy, investors like AustralianSuper have a significant opportunity to accelerate the transition to net zero emissions through active engagement with the companies they own and investment in renewable energy and other clean technologies,” Ms Herd told The New Daily.

But it’s not all good

“AustralianSuper has made no immediate commitments that it will take divestment action. Where they will end up is important, but so are immediate actions to drive the process,” said Market Forces campaigner Will Van de Pol.

AustralianSuper said it would take a more diplomatic path to achieving its goals than simply divesting.

“AustralianSuper will aim to achieve a net zero position through direct company engagement and by working with other investors through initiatives like Climate Action (CA) 100+, the Australian Industry Energy Transitions Initiative and Climate League 2030,” said Andrew Gray, the group’s environment, sustainability and governance director.

There has already been movement with the fund cutting the carbon intensity of its portfolio by 44 per cent between 2013 and 2019. However, it has invested only $1 billion of its $180 billion portfolio in renewables and a spokesman said “it’s mainly wind and mainly in the US”.

“It’s hard for us to invest in Australia because of the [small] size and scale … there aren’t enough projects,” the spokesperson said.

AustralianSuper recently sold down a small holding in Whitehaven Coal.

But overall the superannuation industry is lagging in leaving fossil fuels behind.

“There are now five funds including AustralianSuper that have committed to zero carbon by 2050,” Mr Van de Pol said.

“At the start of 2020, super funds had over $175 billion of Australians’ retirement savings invested in the 22 companies still expanding fossil fuel production, plus another $165 billion in BHP, which is teetering on the edge of the list,” Mr Van de Pol said

“The 22 companies identified [by Market Forces] have had their chance to align with the goal of holding global warming to 1.5°C, but have failed to take it. They are out of line, and out of time,” Mr Van de Pol said.

However, all the big four say they will stop lending to all thermal coal projects by 2030.

Alone among the banks, Queensland-based Suncorp has committed to stop lending to the oil and gas sector within 20 years, despite the significance of the industry in its home state. 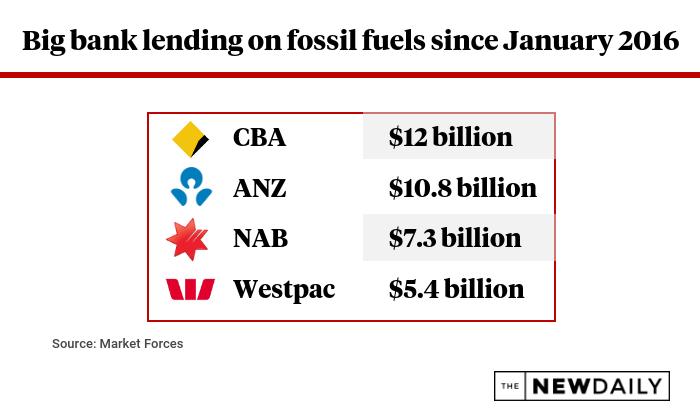 Both ANZ and NAB were latecomers to the dropping coal party, only committing to do so with profit announcements made in recent weeks.

Market Forces has not been impressed by their moves, saying the new ANZ policy was “underwhelming”.

“It barely even brings ANZ into line with announcements made by the other big four banks on thermal coal, and gives highly polluting companies another five-year free pass,” said Mr Bertolus.

“This is a case of rewarding failure.”

Although NAB has moved its sights from exiting thermal coal by 2035 to 2030, it said the move was only “expected.” 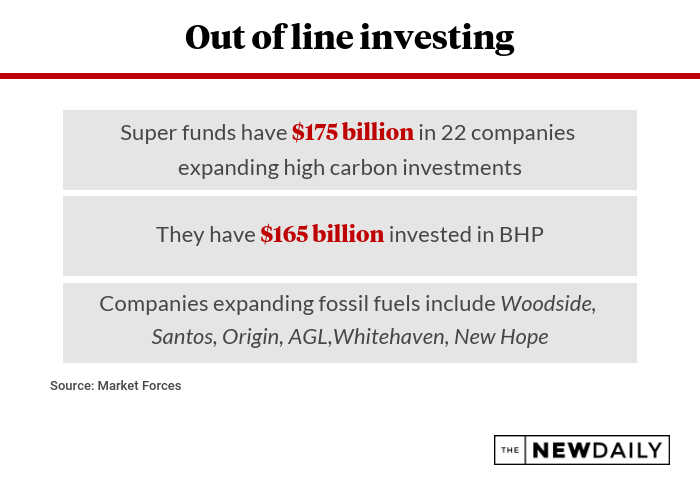 NAB has reduced coal exposure in the last year.

The move by major super funds to commit to net-zero emissions by 2050 also highlights the Morrison government’s refusal to do the same.

Labor has made the pledge.

But it is creating ructions in the ALP with agriculture and resources spokesman Joel Fitzgibbon quitting shadow cabinet this week after a blistering row about climate with leader Anthony Albanese. Mr Fitzgibbon’s seat, Hunter, is in the NSW coal belt.

US President-elect Joe Biden carried a policy of net zero emissions by 2050 to the 2020 election. His victory is expected to place pressure on Australia to follow suit.