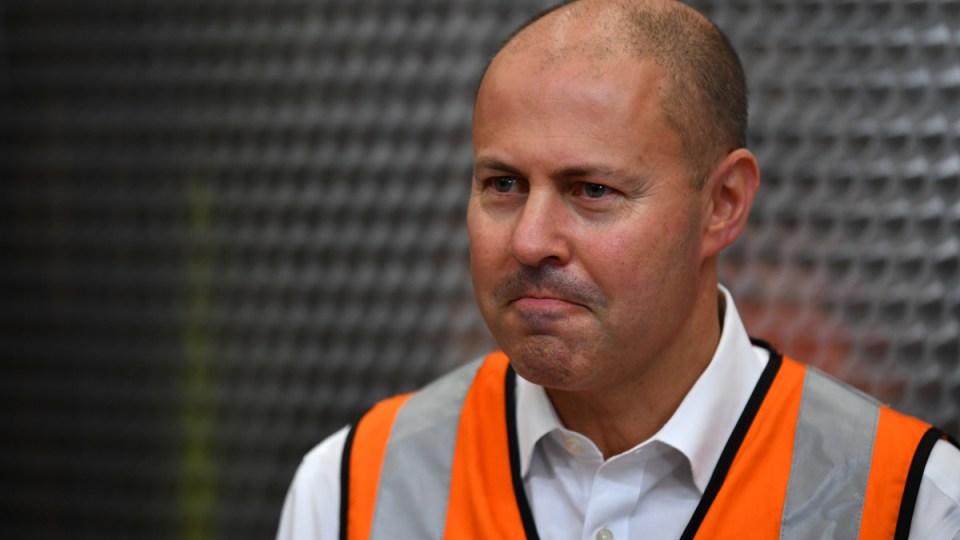 Josh Frydenberg says it's time to draw a line in the sand around federal funding. Photo: AAP

Treasurer Josh Frydenberg has come under fire for declaring an end to COVID-19 crisis support payments, with welfare groups warning that many Australians are already struggling to make ends meet due to insufficient social funding.

In a pre-budget speech on Monday, Mr Frydenberg said government must draw “clear lines in the sand” around government spending in the pandemic, arguing that emergency levels of support will do “more economic harm than good”.

“The economy simply cannot be conditioned to the level of unprecedented support that has been required over the last two years,” Mr Frydenberg told the Australian Industry Group.

“This level of government intervention must not become entrenched.”

The Morrison government has spent more than $350 billion to support Australia through COVID-19 over the past two years, but has recently gutted several support programs such as an isolation payment for casuals.

These cuts are raising fears that the government is about to tighten its belt at the upcoming federal budget, despite evidence that many people are still suffering due to poverty-level unemployment payments, big shortfalls in aged-care funding, and a severe lack of social housing.

That’s despite him earlier ruling out clawing back an estimated $27 billion in JobKeeper paid to companies that increased their sales in 2020.

Health Services Union boss Gerard Hayes said it is astonishing that Mr Frydenberg has closed the door on greater funding given the “huge amounts of money” given under the JobKeeper scheme to profitable firms like Harvey Norman.

“I’m wondering whether the government actually wants to lose the election,” he said.

Mr Hayes said the aged-care sector requires an urgent injection of government funding after it was forced to make do with at least 60,000 fewer workers than it needed last month.

Prime Minister Scott Morrison unveiled bonus payments of up to $800 for aged-care workers last week to encourage staff to stay in the industry, but Mr Hayes said the money was “nothing more than a joke”.

A Committee for Economic Development of Australia (CEDA) report last year warned aged-care standards were falling below that of developed economies and that the $17.7 billion in funding unveiled in response to the recent Aged Care Royal Commission was inadequate.

She said the government must increase its support for disadvantaged people during the pandemic and not pull back emergency funding.

Economic conditions for many Australians are “far from normal”, she said.

“We are far from finished with this pandemic, and as health experts continue to warn, we need to prepare for the next wave,” Dr Goldie said.

“There are still 1.1 million people languishing on the $45-a-day unemployment payment.”

Australia’s JobSeeker payment ranks among the lowest unemployment supports in the OECD, even after the government increased the rate by $3.57 a day last year.

“The reality is that the people who have been and continue to be hardest hit by COVID-19 are those on the lowest incomes,’’ Dr Goldie said.

“They remain at greatest risk of ongoing disadvantage and severe hardship.”

The government is also facing calls to massively expand funding for social housing before the next federal election, with homelessness experts decrying inadequate federal support over the past decade.

The Australian Alliance to End Homelessness and the Centre for Social Impact at the University of Western Australia published a landmark report into the issue on Monday, calling for a renewed national strategy.

The research, which draws on the experiences of more than 20,000 people who have experienced homelessness over the past decade, found a lack of federal funding for social housing remains a key policy barrier.

Leigh Jorey, who has lived experience with homelessness, said more funding is vital to ensure support is available across communities.

“Pull your head out and just start putting money where it’s needed,” he told a webinar dedicated to launching the report on Monday afternoon.

Professor Paul Flatau, acting CEO of the Centre for Social Impact and lead author of the report, said Australia needs a “big injection” of funding to drastically increase the supply and affordability of our social housing.

“What’s missing is the Australian government and a national strategy,” he said.

The federal government spends $1.6 billion a year to support state and territory housing and homelessness programs, but a recent report by the Grattan Institute found that’s just a drop in the bucket of what is needed.

Grattan has called for a national social housing future fund that would commit $20 billion to the construction of public housing.

The Productivity Commission is currently reviewing the National Housing and Homelessness Agreement and will release its report in June.

Unvaccinated Pauline Hanson has COVID
‘Should have been a penalty’: Boy crash-tackled by PM gives his verdict
Amber Heard’s sister and friend give evidence
Russian Google to file for bankruptcy
Man arrested at NSW school for bestiality
Concern about COVID-19 deaths in aged care
Alan Kohler: Australia is an over-borrowed building society
Today's Stories